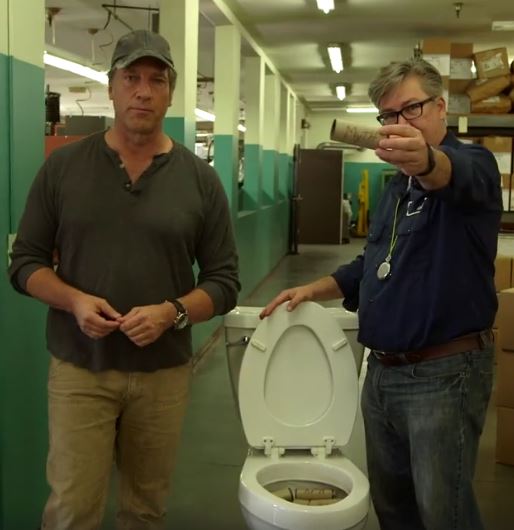 I just glanced down at the cracked screen on my ancient iPhone, and beheld the most sarcastic headline in the history of modern journalism.

COLLEGE WON’T TRAIN YOU FOR A JOB, AND THAT’S JUST FINE

Then, I read the article beneath it, and quickly realized the headline is not sarcastic at all. In fact, the headline is entirely sincere, which to me, is entirely terrifying. So, with apologies to the editorial staff at Wired Magazine, I’ve taken the liberty to rewrite it:

“Thousands of College Graduates – Hopelessly Indebted, Unable to Find Work in Their Chosen Field, and Completely Untrained for Jobs That Actually Exist – Move Back Home With Mom and Dad…and That’s Just Fine!”

See? With a truly sarcastic headline, the attached article begins to make a lot more sense. The writer, a physics professor named Rhett Allain, talks about the differences between college and vocational training, and explains why a liberal arts degree will not lead directly to a job. He goes on to caution students to be more realistic about their expectations, and says a number of things worth cutting and pasting, including this:

“There is no shortcut to learning. It takes hard work, time, and even confusion along the way.”

And this: “How many jobs are there today that didn’t even exist 10 years ago? How do you train for a job that doesn’t exist?”

And this. “Going to college is a lot like going to the gym to work out. You run on the treadmill, lift weights, and even play some basketball. All of these things help you get into a fit condition that will be useful for other things in life.”

But here’s the problem – nowhere in the article is there any mention of cost. Seems to me, an article that reminds students that a diploma won’t lead directly to a job, is an ideal place to remind them that the cost of that diploma has risen over 1,200% in just 30 years – faster than food, energy, real estate, and healthcare. Wired had a perfect opportunity to address the perils of borrowing vast sums of money for a degree that offers no immediate ROI. Instead, they ignored the cost altogether, and wrote a headline that might as well say, “What, Me Worry?”

Back in 1985, at the height of my own vocational ambiguity, I graduated with a liberal arts degree. My diploma didn’t get me a job, nor did it qualify me for the one I have today. But for all the reasons Professor Allain mentions, it did make me a more interesting person. But that was a long time ago. In 1985, my entire collegiate experience – three years at a community college and two years at a university – cost about $7,000. Far from free, but affordable enough to let me experiment with all kinds of interesting classes – poetry, music appreciation, philosophy, economics, etc. None of them left me employed, but none that left me in debt either. Today, that same level of experimentation would require me to borrow over $60,000.

How can anyone in good conscience encourage a teenager to assume that kind of debt, knowing full well the education he’s setting out to buy will probably not provide him with a means to repay the loan in the foreseeable future? If $1.3 trillion dollars in student debt is not enough to freak us all out, what’s it gonna take?

I liked the professors comparison of going to college and working out in a gym. He’s right – physical fitness and mental fitness are equally important, and both require a variety of exercises. But the analogy goes far beyond that. You can pay $1,000 a month to work out at a country club, or $30 a month at the local YMCA. And who knows? Four years later, you might be physically fit, or, you might be fat and flabby. Fact is, your physical fitness has nothing to do with where you work out, and everything to do with how badly you want to get into shape. (That’s probably why the government doesn’t subsidize gym memberships – there’s simply no way to predict individual results.) Your mental fitness is not much different. Where you study and what you pay, is incidental to what kind of student you are. And yet, we seem convinced that the more expensive the degree, the better the education. It’s a dangerous assumption, and it’s helped drive the cost of tuition through the roof.

Anyway, if I were the Professor of the Internet, I’d give Wired Magazine an “A” for reminding people that college will NOT train them for an actual job, but an “F” for a headline that says, “that’s just fine.” Because really, it isn’t. To graduate with no money and no clear prospects is one thing, but to graduate with no money, no prospects, no practical training, and $60,000 of debt…that’s about as far from “fine” as you can get. And that’s precisely where so many graduates find themselves today.

So – for those of you still intrigued by an education that leads to an actual job, consider a trade. There are many good schools to chose from.Universal Technical Institute is fantastic. They’ve trained thousands of automotive technicians. It ain’t free, but when you’re done, you’ve got a clear path to making an actual paycheck. Midwest Technical Institute – MTI trains welders and HVAC professionals and all sorts of other trades, and they’re awesome too. My foundation has sent lots of people to both places and many similar schools over the country, and the feedback I’ve received is has led me to conclude that those graduates are all doing “just fine.”

In fact, one of the persistent myths surrounding the trades, is the popular misconception that there’s no money to be made working with your hands. The attached video compares the starting salaries of the most popular liberal arts majors with that of a skilled tradesman. It was as cheap to make as its production value suggests, but the facts are accurate. Give it a quick look. Personal bias aside, I think it’s an eye-opener, and further proof that when it comes to a good education, “the best path for the most people” is no longer relevant. Truth is, it never was. Because the only thing that matters is what makes sense for your circumstances, your career aspirations, and your budget.

And not necessarily in that order…

PS. Here are three companies currently looking for men and women who aren’t afraid to learn a skill that’s in demand and get to work. Go get one – findskilledjobs.com