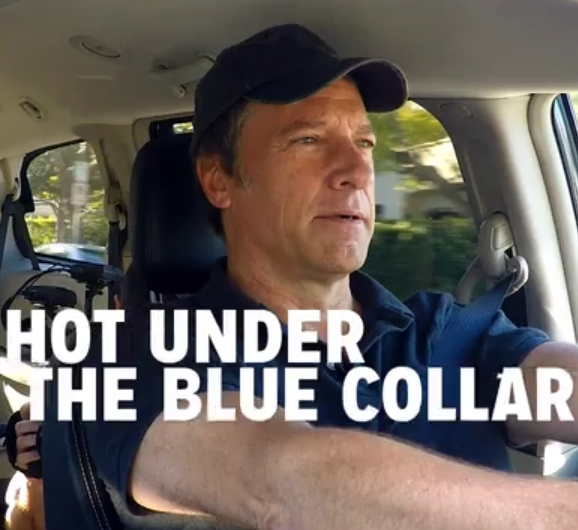 Here’s a headline from The New York Post that oughta win some sort of award.

“The Solution to NYC’s Man Drought? Date Down.”

Apparently, Manhattan has 38% more young, college-educated women than it does similar men. This “academic inequality” has lead to something called a “man drought,” and now, thousands of college educated women are struggling to find a “suitable mate.” The solution? According to the headline, more women should consider “dating down,” a process whereby college educated women explore romantic possibilities with men from a “lower educational or social class.” The article itself includes several profiles of happy couples, each consisting of a man who didn’t graduate from college and a woman who did, and concludes that certain men who didn’t get a college degree just might be a viable option for white-collared women who did.

Imagine for a moment, if The Post had attached the same headline to an article that suggested single women looking for love could improve their odds by dating men of a different race. Or a different religion. Imagine if the article included interviews with interracial couples wherein white women found happiness with black men. Then, imagine the fallout if The Post concluded – in their headline no less – that more white women should consider “dating down” to achieve the same level of happiness?
Obviously, The Post would be picketed for publishing such racist nonsense, and rightly so. Enlightened people in 2016 do not imply that women who date men of a different race have lowered their standards. But when it comes to education, all that enlightenment goes out the window. In 2016, we still value a college degree above a trade school graduate, and we’re not even subtle about it. Today, when white-collared women enter into relationships with blue-collared men, they are not merely dating – they are “dating down.”

I can only speak for myself, but if were a college-educated woman, happily married to a skilled tradesmen, I might resent the suggestion that I had run out of better options. And if I were a plumber or an electrician, I might read this headline and got hot under my blue collar. At mikerowWORKS, we try to highlight successful tradespeople who have not only prospered without a college degree, but have gone on to start their own businesses and created countless jobs. This headline confirms the misconception that tradesmen are in some way subordinate to white collar professionals. It’s a dangerous misconception with serious consequences.

Currently, 5.6 million jobs are unfilled, the majority of which require training – not a college degree. Meanwhile, 1.3 trillion dollars in outstanding student loans are on the books – much of which will never be repaid.. And now we see the latest casualty – legions of college educated women who might have to settle for a skilled tradesman. Ahh, the humanity!

This attached video concerns itself The Color of Collars, and the inevitable bias that follows our insistence on promoting one form of education at the expense of all the others. Give it a look, and pass it on if it speaks to you. Then, get out there ladies, and date someone beneath you! (They may not have a diploma, but trust me – they’ve got skills.)

PS Apropos of nothing, I’m trying to assemble a mailing list of the people who like this page. There’s a bunch of stuff brewing, and I’ve realized that following this page doesn’t necessarily mean my posts will always show up in your newsfeed. Consequently, I’m being told that people often find out about events after the fact. So – if you’d care to know what I’m to and where I’m going, (I’m talking to you, mom,) drop me a line at news@mikeroweWORKS.com.

PPS Tickets for the thing in Baltimore are selling really, really fast. Like, weirdly fast. Pre-sales end Friday. If you’re considering it, chop-chop. You’ll need a code, which you’ll get automatically from emailing news@mikeroweWORKS.com.