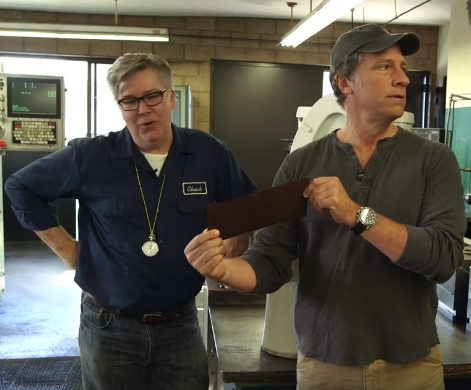 I just read this letter and threw up in my mouth bit. Care to join me?

My son, Spencer, decided to apply for the High Voltage Lineman program at Arkansas State University Newport. He went through the interviews just fine, applied and was accepted. We also applied for the full tuition scholarship that was offered through our local electric cooperative. (There are 17 said scholarships available annually, one for each co-op in the state of Arkansas.)

My son filled out his application and eagerly awaited his interview with the selection committee. A little background: Spencer was homeschooled most of his life. That gave him the opportunity to do some pretty neat things. At 18, his skill set includes: light electrical, sheetrock, tiling, concrete work, and graphic design. He currently works full time for a cement contractor, awaiting school to start in the Fall.

So Wednesday, he had his interview. This is what he was told. “Spencer, I’m gonna tell you something you don’t want to hear. Your grades and test scores are too high and you are too articulate. We ran into this with another kid today. You need to enroll at the University and go into engineering. We need someone who won’t get bored and drop out.”

No many how many assurances Spencer gave them, they wouldn’t listen. He got the official rejection call the following day.

Consider the ramifications of what Jennifer has just shared. An electrical cooperative – eager to reward qualified candidates with a full scholarship in a field that’s desperate to hire capable workers – is affirmatively eliminating candidates who appear “too” capable. In other words, they’re not seeking the best or the brightest. Instead, they’re looking for less articulate people with average grades and lower test scores.

I’m sure there’s data to support the selection committee’s decision. It’s logical after all, to assume that a smart, enthusiastic, hard-working kid like Spenser will have more options than a less-ambitious, less intelligent, less motivated candidate, and therefor more likely to move on to other opportunities later on. But there’s a bigger question here that needs to be answered, or at least asked, and that question is this – what kind of person do the people of Arkansas want to rely upon when the lights go out? An ambitious, hard-working lineman who one day might move on to another opportunity, or a less qualified candidate who’s primary qualifications for the job were mediocrity and desperation?

This is not an Arkansas problem – it’s an American problem. The skills gap is not the result of ignorant, narrow-minded people wanting to limit opportunity for the individual. It’s the result of many well-intended people who can’t see the forrest for the trees. I’m talking about parents who want something “better” for their kids, without really considering what “better” means. Guidance counselors who limit possibilities by pushing college for all, and driving up the cost of tuition in the process. I’m talking about politicians who think “free college” is some sort of human right, while a skilled trade is some sort of “vocational consolation prize.” And yes – I’m also talking about scholarship programs that could be rewarding work ethic and excellence, but choose instead to seek out and subsidize mediocrity.

It’s really pretty simple. Our country needs kids like Spenser on the front line, keeping the lights on. But we seemed determined – absolutely determined – to discourage him from doing so. It’s enough to make a sane person hot under whatever color their collar might be.

PPS. Appropos of nothing, today’s latest The Way it Heard It is now available, and modesty aside, rather good. https://mikerowe.com/podcast/