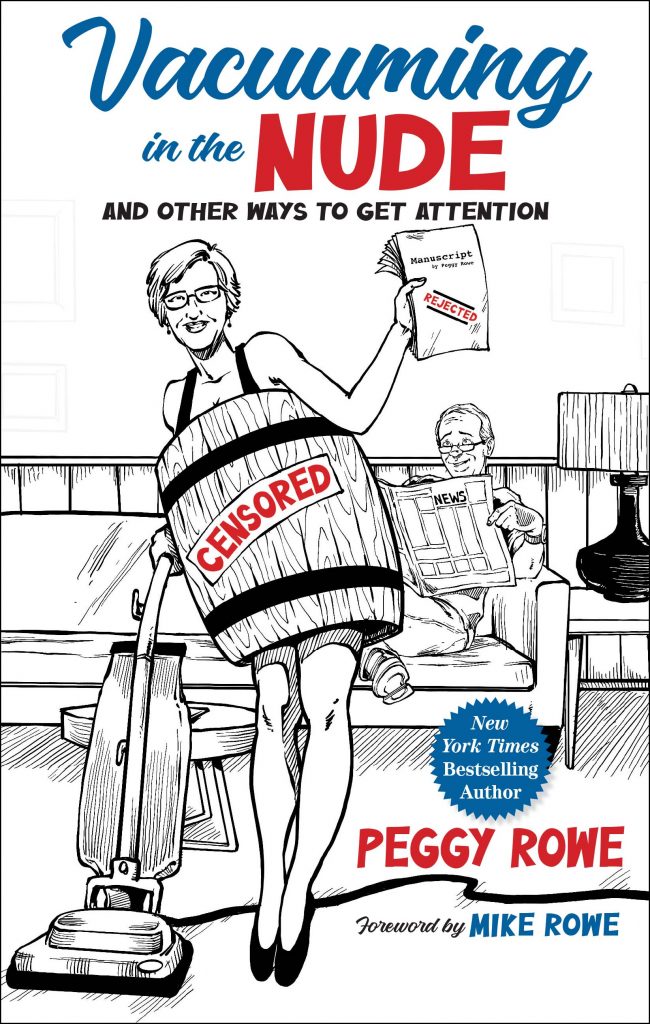 Peggy Rowe is at it again—this time giving a hilarious inside look at her writing career.

Peggy Rowe has been writing all of her adult life. In fact, she doesn’t know how not to write—even through those years of constant rejection from publishing houses. But between her tenacity and the encouragement of her family, Peggy’s breakthrough finally came—at the age of eighty!

Vacuuming in the Nude is most likely her funniest prose to date as she shares her journey of attending myriad writers’ conferences and honing her ability to see humor in everyday situations.

From the family’s beloved dog Shim, who thrived on piles of fresh, warm manure from the horse pasture—to vacationing on the sweltering beach with mosquitos the size of dune buggies—to the challenges of aging, Peggy Rowe delivers a hilarious array of stories that reflect her addiction to making people laugh. Even in her cancer support group, she manages to use her humor to affect others for the good.

If Peggy isn’t putting her publisher on hold to finish a game of Mahjong, she’s at her kitchen table window-on-the-world taking notes for the next story for fans old and new to enjoy. 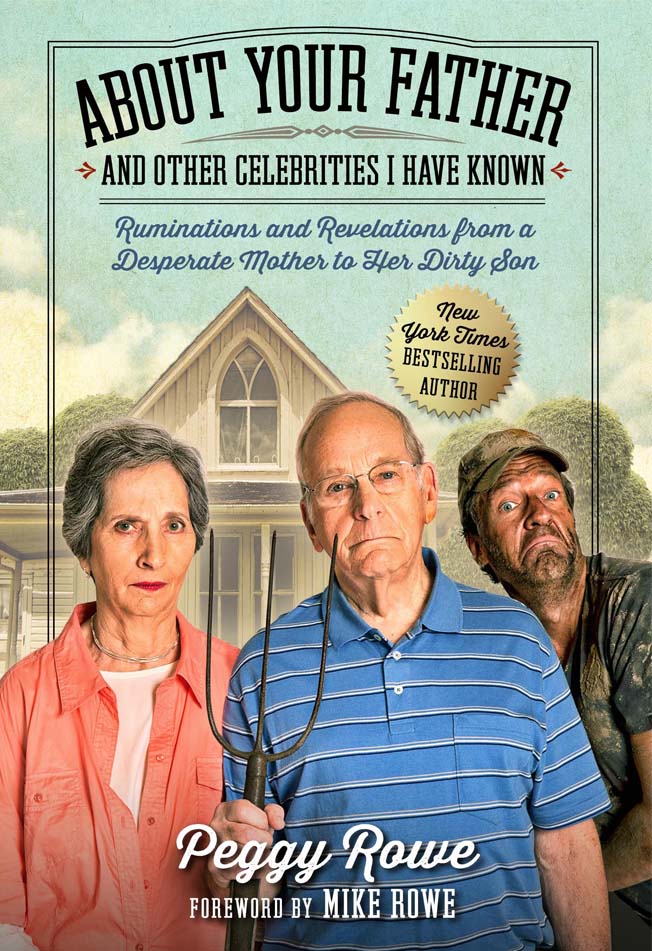 As the Rowe family’s first New York Times best-selling author, Mike Rowe’s mom, Peggy Rowe, is at it again with her second book About Your Father.

Since the day they said, “I do,” Peggy’s previous “doting” lifestyle met with her husband John’s minimalistic ways and became the backdrop for years of adventure and a quirky sense of humor because of their differences. From thoughts of wearing headlamps in the house to save energy, to squeezing out the last drop of toothpaste with a workbench vise, Peggy learned to pick her battles and celebrate the hilarity in each situation.

Once their boys were born, woodstove mishaps and garbage dumping tales were the seed for Mike’s obsession with doing dirty jobs and the comical presence he is known for today.

As Mike rose to fame, Peggy was his biggest fan—who gave motherly advice and constructive criticism, of course. She baked cookies for Mike to take to Joan Rivers for a Christmas party hostess gift, and even wrote fan letters under faux names and mailed them from different cities to Mike’s producer.

By the time Mike hits it big, Peggy and John retire to face more adventures, with a lightning strike in their condo, an elderly friend who ate marijuana leaves, and entering into celebrity status by making Viva paper towel and Lee jeans commercials, plus so much more.

Peggy’s stories relive the details that intrigue and entertain old and new fans alike. So if you want a bigger, even funnier take on the Rowe family, About Your Father and Other Celebrities I Have Known delivers. 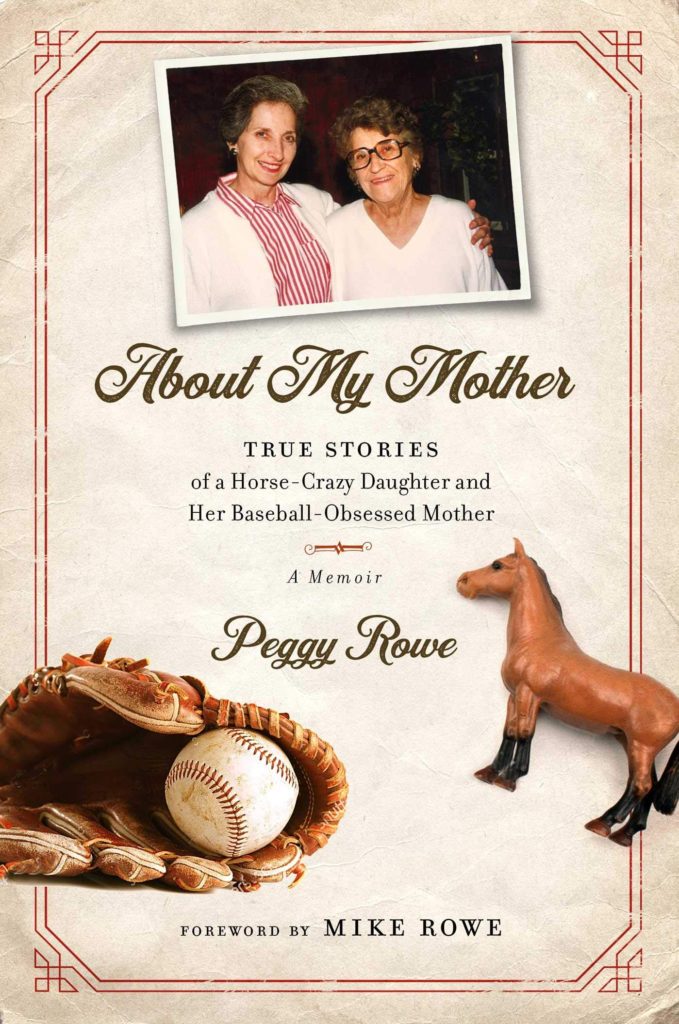 There’s a Thelma Knobel in everyone’s life. She’s the person taking charge– the one who knows instinctively how things should be. Today, Thelma would be described as an alpha personality. But while growing up, her daughter, Peggy, saw her as a dictator– albeit a benevolent, loving one. They clashed from the beginning– Peggy, the horse-crazy tomboy, and Thelma, a genteel controlling mother, committed to raising two refined, ladylike daughters.

When major league baseball came to town in the early 1950s and turned sophisticated Thelma into a crazed Baltimore Orioles groupie, nobody was more surprised and embarrassed than Peggy. Life became a series of compromises– Thelma tolerating a daughter who pitched manure and galloped the countryside, while Peggy learned to tolerate the whacky Orioles fan who threw her underwear at the TV, shouted insults at umpires, and lived by the orange and black schedule taped to the refrigerator door…