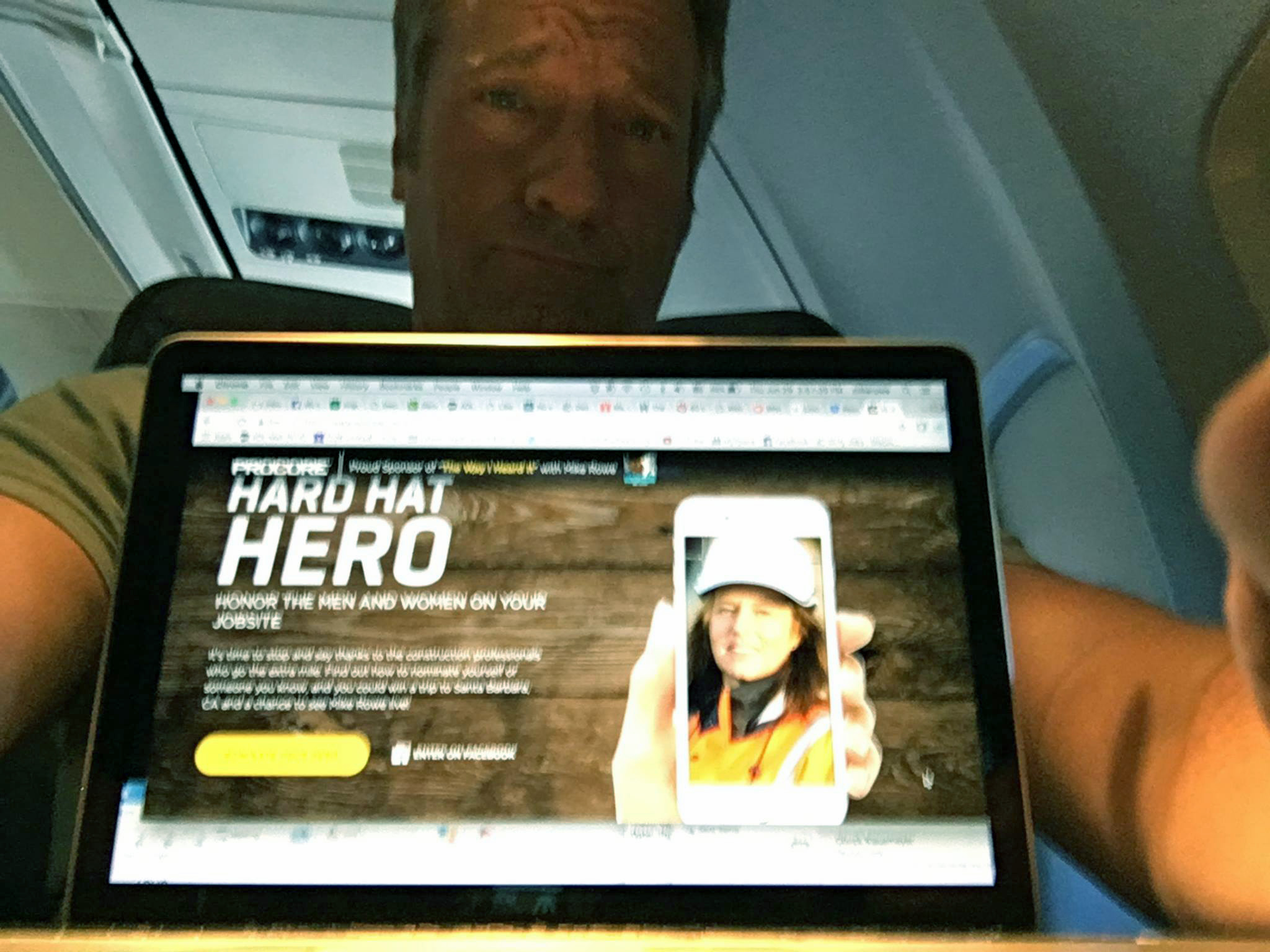 Hey Mike – On your podcast last week, you mentioned a contest or something with a prize that included a trip to Santa Barbara where you are going to be speaking or performing or whatever it is you do to pay the rent these days. I wanna come. How do I enter and how can I win? And if I win, how exactly can I expect you to reward me? (I have a few suggestions, if you’re flexible.)

Hi Carol, and thanks for your question. I was supposed to post about this last week, but I’ve been living in hotels here of late and derelict in my duties. So let’s see if I can do this from 40,000 feet.

The company is called Procore and they sponsor The Way I Heard It. Nice people. They make software for construction companies. Currently, they’re running a contest on their website called Hard Hat Hero. It’s pretty simple. You nominate someone (ideally, someone in a hardhat,) who has done something heroic on the job. People vote on the best story. The nomination with the most votes gets four round trip tickets to Santa Barbara. Details are here.

As for a more detailed explanation of what your prize might constitute – vis a vie me – I’m afraid we’ll need to play that as it lies, so to speak. All I know for sure is that the whole thing is worth about $12,000, and that I’ll be there, “doing whatever it is I do to pay the rent these days.” What that might entail several months from now is indeed flexible, as am I. (Though not as much as I once was.) However, based on my last encounter with these guys, I’m guessing the bar will be very open, and the atmosphere very festive. If I were you, I’d enter and win, post haste.