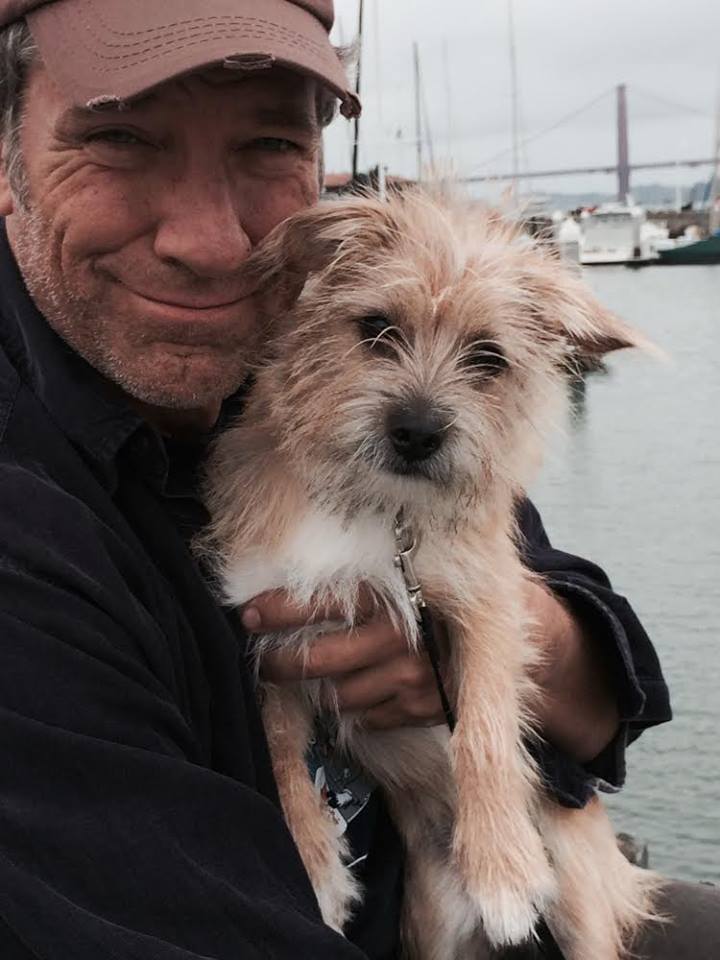 This morning, I saw a Beagle wearing a tuxedo down by the coffee shop. I had to look twice, but it was definitely a Beagle, and he was definitely wearing a tuxedo. He looked ridiculous.
Moments later, a Rhodesian Ridgeback walked by with a patch over one eye and a fake sword hanging off his flank. Swear to God. Behind him, sniffing and drooling in a most undignified manner, was a Bulldog in a Tutu and a Tiara. Appalling. I tried not to stare or laugh, but failed on both counts. What the hell? Did these guys lose a bet?
I’ve since learned it’s Halloween, and if I understand the rules of the occasion, I’m supposed to dress up like something I’m not and extort treats from my neighbors by threatening them with acts of petty vandalism. From the comments on the Bipeds wall, I assume that many of you are expecting me to fall in line, and post the evidence here. The suggestions have been quite varied, and include everything from a ball of yarn to a zombie. I’ve also received in the mail some actual wardrobe accoutrements. Most recently, a sequined vest and a tiny beret. 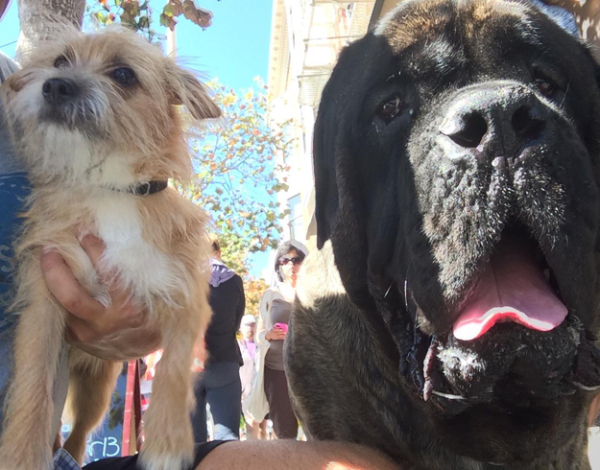 Look – I’m no stranger to extortion or blackmail – I practice both daily. But I don’t see the need to dress up like a black-jack dealer from Monte Carlo in order to extract the treats in question. If I want food from a stranger, I’ll just put my paw on its foot. When they look down, I’ll sit up on my hind legs and whimper. I do this thing where I cock my head to the side and let my tongue slip ever so slightly. Almost always works. If it doesn’t, I’ll start barking. I’m small, but I make an ungodly racket. If they remain intransigent, I’ll pee on their leg and crap on their shoes. It’s not rocket science, and I’ve yet to meet the human who won’t eventually succumb this very basic combination of tactics. Point is, I can get what I want without parading around town like Little Lord Fauntleroy. 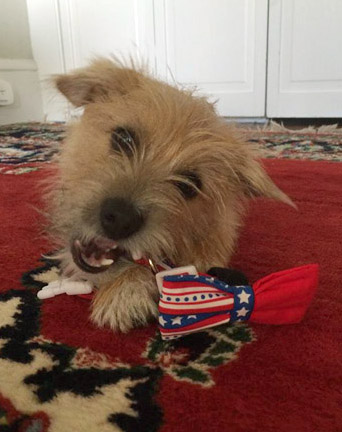 As for the whole Zombie thing, whatever. You know what frightens me? This freak-show from Newfoundland. His name is George, and he appears to have escaped from the circus. He lumbered by a few minutes after the Bulldog, and I don’t mind admitting I squirted a little when he looked my way. His head is twice my total weight, and his breath could knock a buzzard off a crap-wagon. George scares me, and proves there’s enough to worry about in real life without dressing up like you’re already dead.
Anyway, Happy Halloween. Sorry to disappoint, but I’m sticking with the outfit I came with. (The bow-tie incident still haunts me.) I do appreciate the gifts though. Maybe I’ll try them on one night when I’m home alone. And drunk. And absolutely positive that no one will ever see me…
Freddy