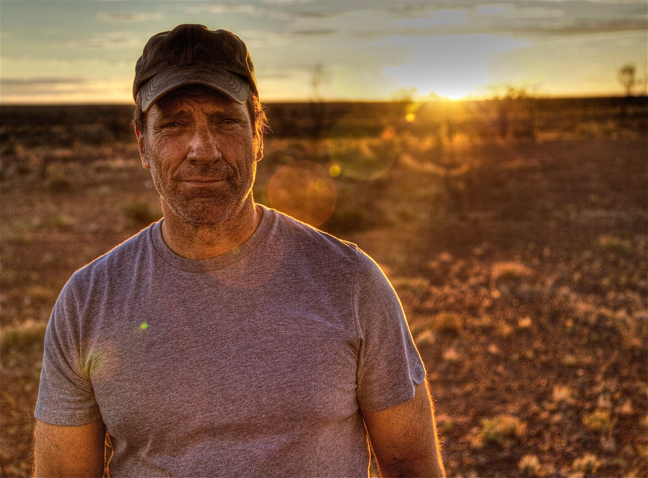 “Mike, what are your thoughts on daylight savings time? Do you prefer longer days or longer nights?”

I had booked myself on a 9am flight out of Dallas. A friend of mine was doing a guest appearance on Seinfeld, so I was flying back to LA to watch the taping. Back then, I was hosting the inflight entertainment for American Airlines, a better-than-average gig that required me to fly all over the world and make up a TV show around various destinations served by American. As a perk, I was issued a travel pass called a D-3, a “golden ticket” that allowed me to fly to first-class, plus one, for free. Anytime.

Anyway, it was the end of daylight savings time, and I had forgotten to adjust my watch the night before. Consequently, I arrived at DFW nearly two-hours before the flight. Happily, there was another flight about to board for LA, so I walked straight to the gate and presented my D-3 to the agent, who immediately raised her eyebrows and said, “Oh my, we don’t see many of these.”

The agent picked up a red phone behind the counter and punched in a code. She waited a few seconds and entered the number on my D-3. She then asked for my ID, which I provided.

“Please go right aboard, Mr. Rowe. Is 2B acceptable?”

I had noticed a pretty brunette standing off to the side, waiting to board and pretending not to eavesdrop. I noticed her again a few minutes later, when she walked onto the plane, caught my eye, and nodded toward the window seat beside me. I started to stand but she was content to crawl over me, and I was content to let her. Once situated, she introduced herself.

“I beg your pardon?”

“You got on this flight without a ticket. That means you’ve got some kind of badge in your pocket. I’m guessing you’re a cop, or maybe a federal agent.”

“And you’re a rather evasive and mysterious traveler, Mike. If that’s your real name…”

Kelly did that thing that some people can do with one eyebrow, and the flight attendant interrupted to see if we’d like a drink before take-off. As it turned out, we did. I took the liberty of ordering for us both.

“I’m sorry to be clandestine Kelly, but I’m afraid the nature of my work forbids me from discussing the document in my pocket. But it’s true – I fly wherever I want, and I fly whenever it suits me. And my real name is Michael. But you can call me Mike.”

“You’re kidding me. You fly for free?” Kelly looked like Courtney Cox, and sounded like Amy Sedaris. She struck me as adorable.

“I never kid about free stuff, Kelly. Furthermore, if we were traveling together, you’d be flying for free as well.”

“Well Mike, had I known that before I bought my ticket, I might have offered up my companionship.”

“Well Kelly, had you crawled over me in the terminal the way did just now, I might have accepted it.” We laughed and the flight attendant returned with two glasses of Champagne.

I didn’t tell Kelly why I flew for free, and she became increasingly intrigued. Of course, she figured it out twenty minutes after take-off, when the inflight entertainment began and I popped up on the screen in front of us. I think she was impressed, though maybe a bit troubled by the fact that I was wearing the same clothes in person as I was on screen.

The flight went quickly. I learned that Kelly was an executive with Marriott, and spent most of her time in hotels. Usually for free. I was enchanted. Somewhere over Arizona I suggested we have dinner in LA. She had plans, but asked if I knew a good place for breakfast the next morning. I suggested The Cafe Du Monde.

“Alright then. Let’s do that.”

So we landed in LA. I went to watch my friend tape Seinfeld, and Kelly went to her meeting, and later that evening we met back at the airport and caught the red-eye to Miami. From there, we took a quick flight over to New Orleans for breakfast. The beignets were delicious and the coffee was strong, but we were tired and eager to lie down. Naturally, we wound up at the Marriott, and enjoyed the same discount that American had extended us on the ride in.

Two days later, I did a little research, and learned that virtually every city American served, was also served by a Marriott. I suggested the symmetry of this was to pure to be a coincidence, and she agreed. We left the next morning for Prague, by way of New York and Reykjavik. We returned to New York via Hamilton, Bermuda two weeks later. Three months after that, Kelly married an investment banker from Paris. I never saw her again, but I did get an email a few years ago. Apparently, her kids love Dirty Jobs.

Anyway Francesca, I missed my flight that day because the sun came up an hour earlier than I thought it would back in 1995. So to answer your question, I’ve been partial to Standard Time ever since.

Something about an early sunrise…