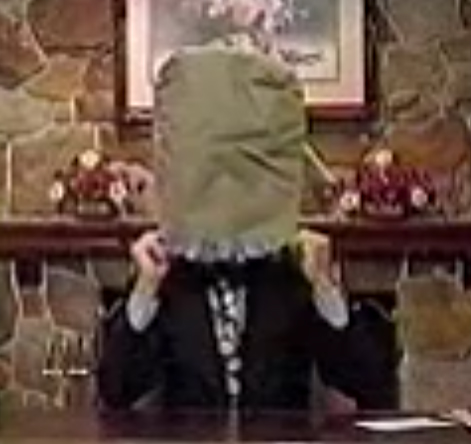 Many of you have seen this video. It not only proves that I began my misspent career in the home shopping industry, it illustrates why I was unable – for three years – to pry myself away from the cold, dead clutch of the graveyard shift. I’m posting it today, because Chuck Barris has died, and it’s his fault that I spent my tenure at QVC on double-secret probation. It’s also his fault that I have a career in television.

To me, The Gong Show was the simplest and most elegant of TV shows. The anti-game show. The anti-variety show. A hot mess of street performers and buskers and B-list celebrities who all appeared to be in on the joke. At base, they dared you to watch, and I loved it. Watching Chuck Barry on television proved to me that the best way to be funny, was to amuse yourself before all others. Those who laughed along with you, became your boss. Those who didn’t, were of no consequence. It’s the truest thing I’ve ever learned in my career.

In the first few seconds of this video, you’ll notice I put the Katsak over my head and make a passing reference to The Unknown Comic – a character who first appeared on The Gong Show. His jokes weren’t that funny, but the idea of a comic who was so embarrassed by his material – or so indifferent to fame that he preferred to remain anonymous – captured my imagination and gave me a tool to use whenever I found myself in front of a camera with no clear idea of what to do or say. In such cases, (and there have been many,) I simply pretended I had a bag over my head. So imagine my excitement when I was asked to sell an actual grocery bag lined with mylar, and asked to persuade my narcoleptic audience to cough up $24.35 for something called a Katsak?

Looking back, much of what I said in those days was motivated by the fantasy of anonymity. I was able to figure out how to behave on TV, by free associating for hours on end, protected not only by the late hour, but by a metaphorical grocery bag that allowed me to say whatever fool thing popped into my head. That imaginary bag got me in all sorts of trouble, but it also served me well. Very well.

So thanks, Chuck Barris, for giving the Unknown Comic a place to exist. Thanks for reminding us that only a fool takes himself seriously all the time. And thanks for showing us the power of the gong. God knows, we could use one today…