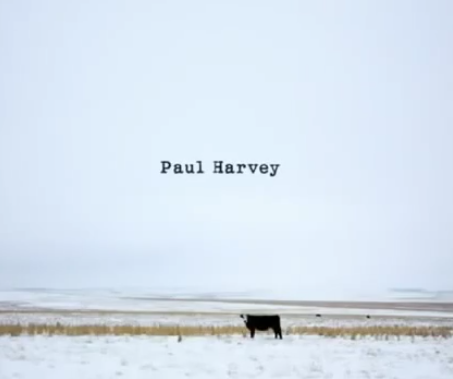 Apparently, it’s National Agricultural Day. Personally, I’m not sure it’s reasonable to carve off a whole day to recognize the 1.5% of our population who somehow manage to feed 300 million people three times a day. Seems like two or three days would be more appropriate. Hell, maybe a whole week.

I’ve been thinking today, not just of the farmers who keep me fed, but of the ranchers as well. Right now, thousands of people are going through a kind of hell that’s hard to comprehend. The fires in Kansas, Oklahoma, Texas, and Colorado are being called The Katrina of the High Plains. I have friends in Kansas who told me they spent much of last week shooting their livestock – putting countless maimed cows and steers out of their unspeakable misery. Why this hasn’t dominated the national headlines is equally baffling.

The sacrifices made by the people who feed us are too numerous to list, and beyond my ability to articulate. Paul Harvey got it right though, back in 1978, when he addressed The Future Farmers of America. Dodge turned his remarks into a commercial, but it’s still worth a listen, no matter what you drive…