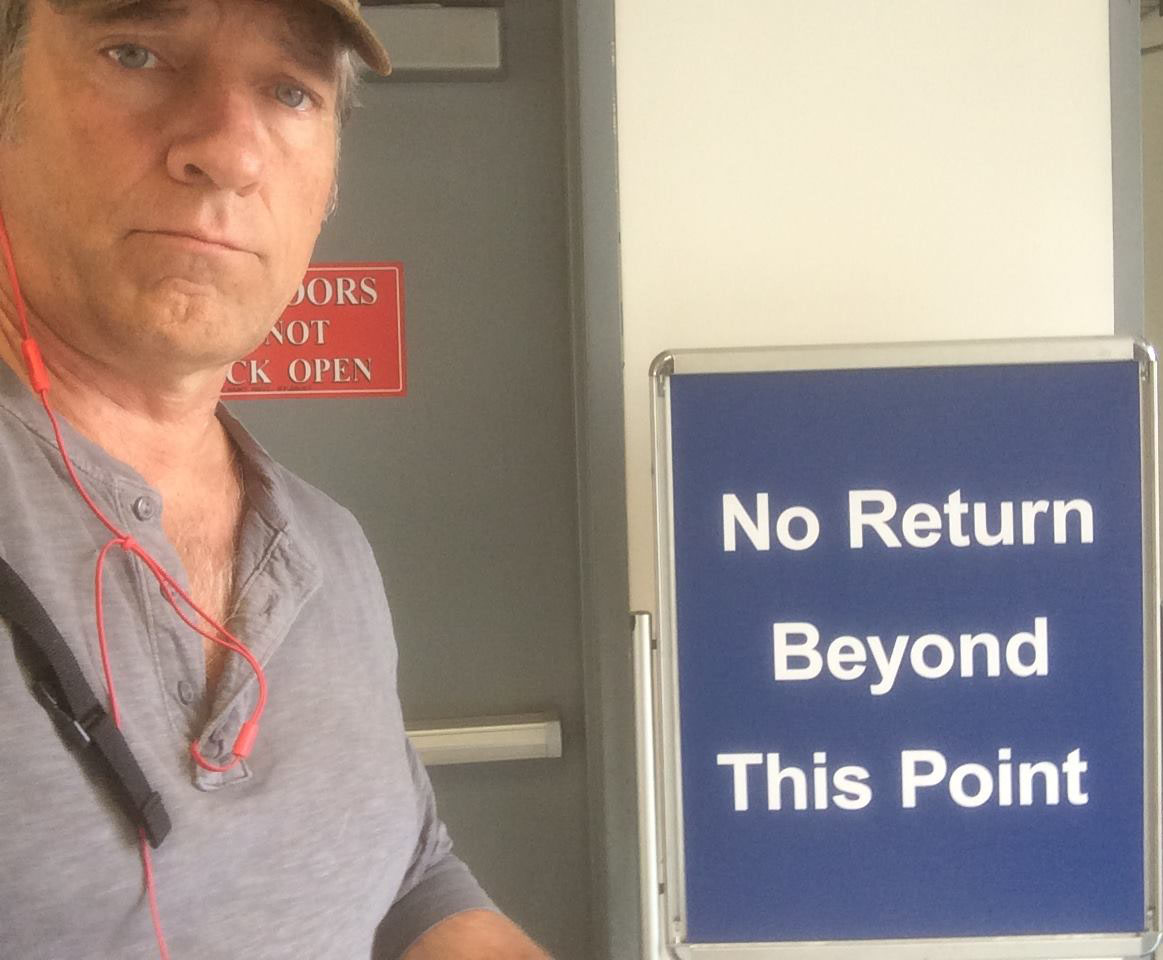 “Mike – Is it just me, or have we reached the point of no return? I just watched that live video from the shooting in Minnesota, and I feel so sad and overwhelmed by everything. Please give us a missive from Freddy, or a thoughtful video, or something to lighten the mood. I feel like the country is having a nervous breakdown.”

Freddy is on a temporary hiatus, and earlier today, I dropped my smartphone in the toilet. I should know better than to multi-task. The damn thing slipped out of my hand mid-stream, prematurely terminating a conversation with my mother, and ruining an otherwise satisfying visit to the loo. Maybe the universe is trying to tell me something? Regardless, I have no camera on which to record today’s video. Apologies.

Regarding your malaise, I do have some thoughts. But let me first offer my sincerest condolences to the families and friends of those cops, and to the good people of Dallas. A great tragedy has occurred in a great city, and those who swore to protect us have died doing so. What can you say in the wake of such a sacrifice?

Frankly, I think it’s natural to feel despondent in the wake of a tragedy like this. However, I did notice something in the aftermath that brought a little perspective, at least to me.

I saw a reporter standing in the street interviewing one of the witnesses. His cameraman had taken a position on a balcony at least 50 feet away, and was filming the interview with a telephoto lens. Consequently, the passersby had no idea the interview was being recorded, much less broadcast live. They just saw a reporter with a microphone talking to some random guy, and paid them no mind.

But then, a man nearby walked over and began to record the interview on his smartphone. Then, a couple of other people stopped to see what was going on. In moments, they too began to record the same interview. In less than thirty seconds, the reporter was literally surrounded by twenty or so self-appointed camera-people, all of whom were filming his interview on their smartphones. That was the scene captured by the real cameraman, and broadcast live into my office in LA, where I sat drinking warm beer at 2 am. And that’s when it occurred to me that we really are a nation armed to the teeth – not just with guns – with smartphones.

And I began to wonder which one really posed the greatest threat?

Overnight it seems, the smartphone has transformed America into a country of 300 million roving reporters, all looking to break, (or star,) in the next Big Story. And now, Facebook and Periscope are letting us broadcast that story live. The implications are enormous. Because now, if you possess a smartphone and a Facebook account – you’re more than a reporter – you’re a network. A network with no filter and no censor. A network with no accountability. A network that can go live from anywhere, at any time.

You’ve asked me to say something to make you feel better, and I’m doing a terrible job. So let me try it like this: The world is not in the midst of some imminent or unavoidable decline, and neither is our country. The species is no more flawed than we were 500 years ago, and the world no more wicked. It just feels that way, because today, we get to see more bad news than ever before. We get to see it 24 hours a day, 7 days a week. We get to see it live, in our newsfeed, and in our homes. We get to see it in vivid high-definition. And now, unlike any time prior, we get to see it as entertainment.

Listen to the ominous soundtrack that accompanies the next terror attack on Fox. Look at the size of the font, and the lurid backgrounds that announce the next disaster on MSNBC, or the next missing plane on CNN. Listen to the urgency of the announcer as he heralds the latest calamity, and consider the expression on the anchor’s face, as she warns you in somber tones to “stay right where you are,” because “we’ll be right back,” with “more breaking news you can’t afford to miss.”

It’s not just the world, Alicia, or all the trouble in it. And it’s not just the news, or our ability to cover so much more of it. It’s our conscious decision to present it like some never-ending promo for Game of Thrones. That’s why you’re anxious. Because the media has discovered that keeping you informed, is not nearly as profitable as keeping you on the verge of a nervous breakdown.

To sum up, it’s human to feel bad in the wake of tragedies like this one, and normal to feel sad when innocent people are murdered. But do yourself a favor – don’t let cable news or social media or anything else suck you into their bottomless pit of high anxiety. Believe me – they will if you let ‘em. And if that happens, you will indeed reach the point of no return.

Now if you’ll excuse me, I have to dry the pee out my smartphone.