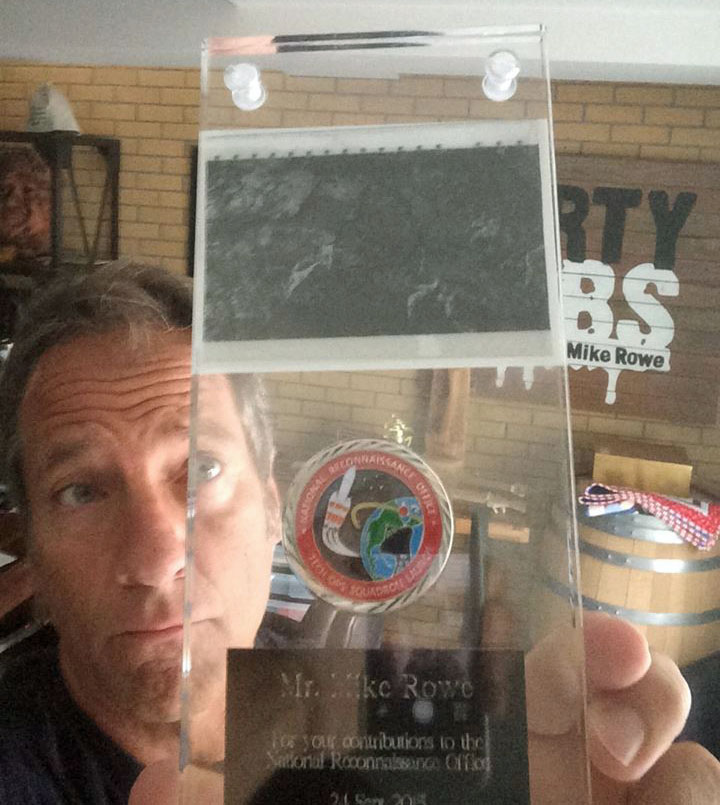 Today, I received in the mail a very rare photo taken from a United States spy satellite during the latter part of The Cold War. The photo was taken on May 18th, 1965, declassified by President Clinton in 1995, carefully mounted in a tasteful display case in 2016, and sent directly to yours truly. Along with this most unusual token from space, I received two squadron coins and two very nice letters – one from The US Air Force, and one from The National Reconnaissance Office. Sadly, both letters appear to have been damaged by a mysterious liquid that may or may not have emanated from a bottle of wine, possibly opened and consumed without my knowledge by people who purportedly work in my office.

As you probably know, The Corona Photo-Satellite Reconnaissance Program operated covertly from 1960 to 1972, and launched 145 satellites over that period. Corona’ 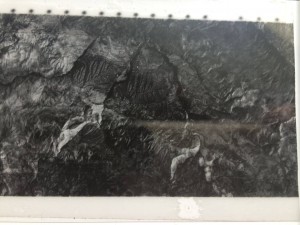 s mission was simple – orbit the earth and take pictures of The Soviet Union and other potential adversaries. Now that all the findings have been declassified, the Air Force and NRO have released two films, both of which include my best efforts to impart the importance of high-altitude espionage in a rich, well-modulated baritone. 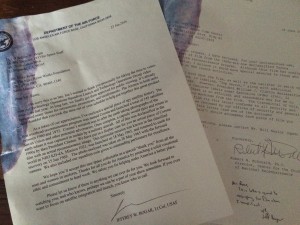 I’d like to thank The Air Force for giving me an opportunity to narrate films like these. Not just because they’re void of words like, “wildebeest,” “raw sewage,” and “King Crab,” but because they tell the true story about and the real people who protected our country at a very perilous time. More importantly, I’m looking forward to showing off my spy photo to envious friends and family.

Mike
PS. If you’re wondering why Mother Russia looks a lot like the surface of the Moon, you’re not alone.