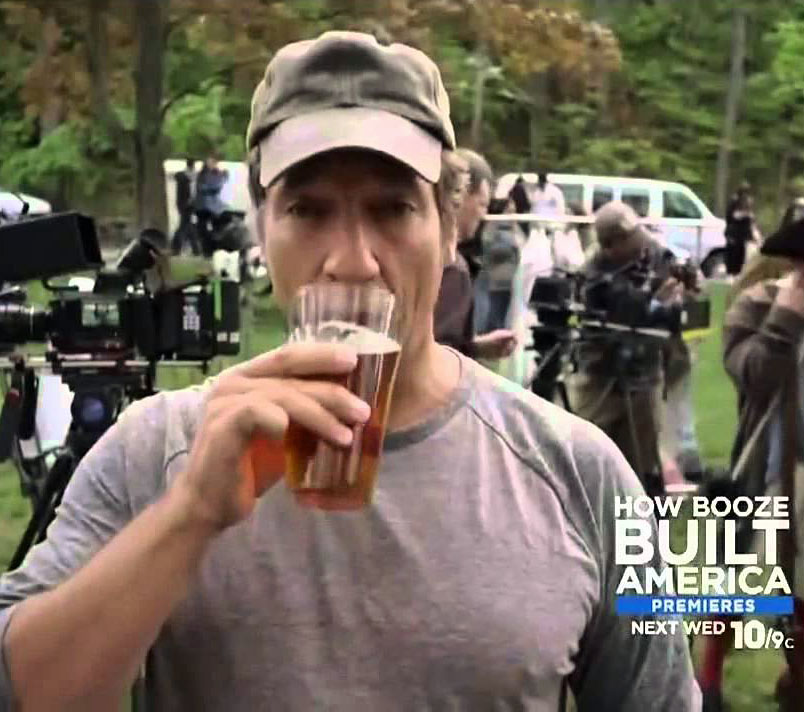 “I have a new climber on my list of people for whom I am rapidly losing respect. Mike Rowe is that guy. For Independence Day, he wrote an ode for some of the signers of the Declaration of Independence. He touted them “1% ers who put everything they had at risk.” What seemingly escaped him, was all the poor patriots who actually fought, died, and practically did lose everything, who were either never paid or paid a mere fraction of the stipend they were promised. Nor did he mention that those same “1%ers” who didn’t want to pay taxes to Britain, set the military upon these same average and poor folks in western PA for not wanting pay taxes to them (Whiskey Rebellion). Maybe on Labor day, Mike Rowe will write an ode for the poor “1%er “Robber Barons” who sacrificed so much to industrialize the USA on the backs of an exploited and brutalized labor force.”

Personally, I’ve never been one for making lists, and while I can’t imagine the upside of keeping tabs on the “climbers” who have disappointed me, I respect your right to do so, and wish you every success with your project. I’ll respond to your concerns in a moment, but first, please allow me to thank everyone who watched this weeks edition of The Way I Heard It.

Currently, my accidental podcast is #8 on iTunes, and responsible for over 30,000 comments on this page alone. My favorite replies are from the direct descendants of John Hart, Francis Lewis, and Richard Stockton. I’m also gratified by the number of teachers who have asked to use the video as a learning aid in the classroom. Very cool. Had I anticipated that request, I might have swapped out the beer for a lemon-aid, but alas, you can’t put the poop back in the goose. Apologies for that.

As for you, Tom, let me put your mind at ease. I am well aware that The War for Independence was fought by men of modest means. I’m also aware that many of those men were not paid what they were promised. I didn’t point that out for the same reason I didn’t remind viewers that George Washington was our first President, or George was the King of England, or a long list of other screamingly obvious facts easily confirmed by any graduate of the seventh grade. The purpose of my video was to remind people that our country was willed into existence by a group of rich white men that would today be called “One-Percenters.”

Sometimes, this dissonance will challenge our simplistic view of people and events. Sometimes, it will reveal our own bias. That’s the fun of it.

PS. Believe it or not, I’m also up to speed with The Whiskey Rebellion. In fact, I did a whole special on it for Discovery a few years back. Check it out.

PPS. Now that we’re Facebook pals, might I suggest you get on my mailing list? Facebook has changed their algorithm once again, which means my posts will probably not show up in your news feed. I know you’d hate to miss anything important, like my upcoming Labor Day post on The Robber Barons, or my pending appearances in New York, Baltimore, and Chicago. Send me an email at news@mikeroweWORKS.com, and I’ll hit you back.

And keep climbing, Tom. You’ll get there!