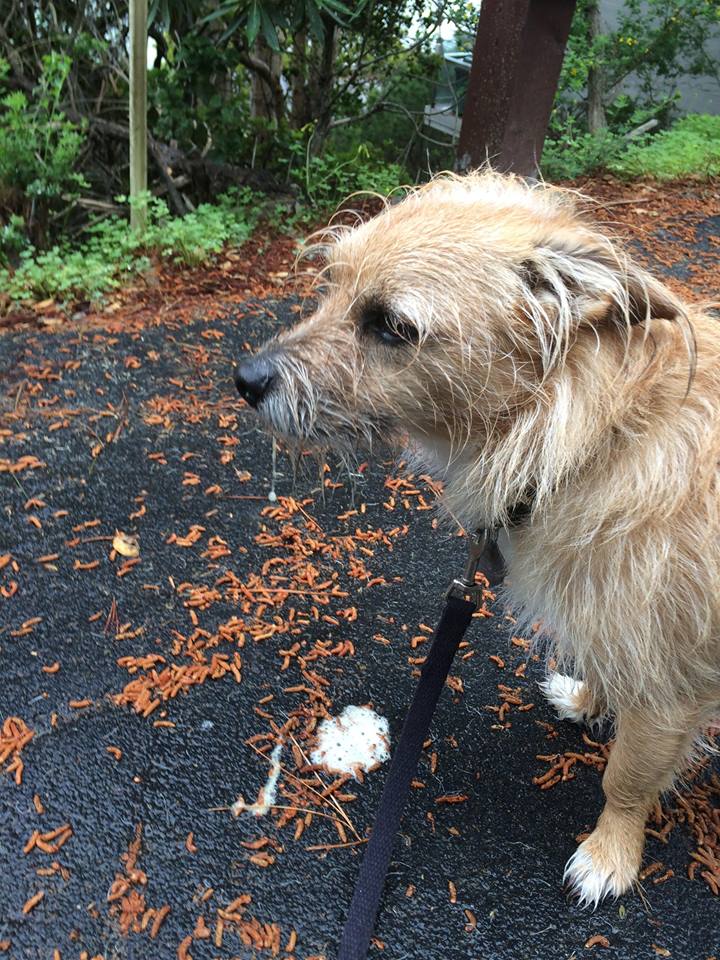 I hear this question all the time, and it always makes me chuckle, mostly because there’s nothing I enjoy more than listening to The Biped pose rhetorical queries in the voice of an exasperated eight-year old girl.

To be honest, I have no idea why I eat grass. As a rule, I’ll put pretty much anything in my mouth, and I’ll swallow whatever I can fit down my well-muscled throat. I rarely puke though, except on my morning constitutional, and almost always after some light grazing.

The Biped used to worry there were things in the grass that were making me barf – chemicals or raccoon crap – and dragged me off to the sadist in the white jacket for various tests and humiliations. Then he became convinced that the grass itself was nature’s Ipecac, helping me cleanse my system of worms, rodents, tree bark, and the small pieces of random plastic to which I’ve become accustomed. He reasoned the grass tickled the back of my throat on the way down, triggering a gag reflex that would send whatever other evils might be sequestered in my stomach flying back up the way they came.

Now though, after investigating my vomit with a new level of curiosity, he has concluded that when I ralph from eating grass, there’s nothing in my puke but the grass itself and a bunch of spit and stomach fluid. This has left him totally flummoxed, and prompted even more high-pitched questions that I simply can’t answer. 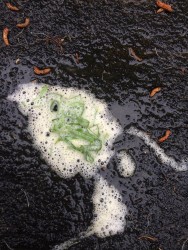 Honestly, I don’t know what to tell The Biped. He thinks I’m struggling with weight issues or some sort of canine eating disorder, neither of which is possible. This morning though, when he held my hair back as I heaved up a small pasture, I almost felt sorry for him.