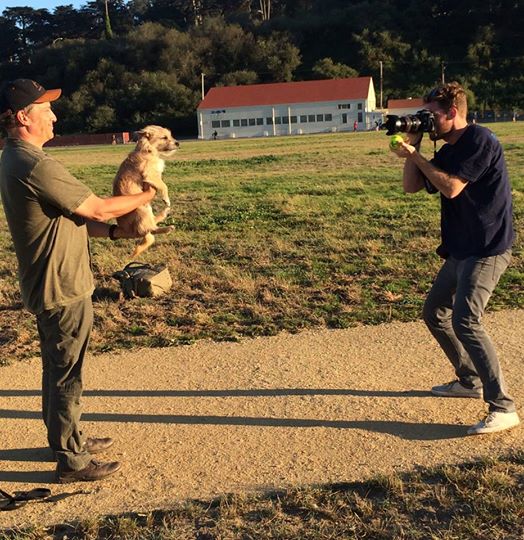 Yesterday afternoon, a man with Impossible Hair arrived at the apartment with a big camera. He told the Biped he was here for the “cover shoot.”

I’ve seen this happen before. The Biped poses, his image appears on a magazine, the magazine arrives at the apartment, and I pee on the magazine. It’s a routine we’ve done many times, and I’m happy to play my part. This morning however was different. This morning, the man with the Impossible Hair looked down at me and said, “Well Freddy, are you ready for your close-up?” 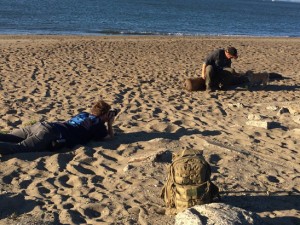 Long story short, it seems I’ve been chosen to appear on the cover of a publication called “Tails.” To my surprise, (and relief,) Tails is a magazine about dogs. I’m still not clear on why I’ve been selected, (not asked, selected,) but when you’re 13 pounds and shackled, resistance is futile. So we ventured out into the neighborhood to capture my essence in “the golden hour,” whatever that means.

As you can see, we wandered around the normal spots. I chased the ball, per usual, and feigned a heightened level of enthusiasm. There was the obligatory beach scene, the law 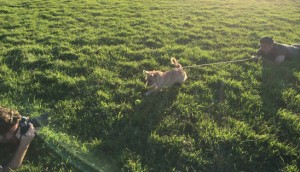 n scene, the cafe scene, and some stuff up on the roof that was a little too artsy for my taste, but garnered much excitement from the peanut gallery. It was fun for a while, but eventually, The Biped ran out of treats, and the man with the Impossible Hair became tiresome with his constant “Over here Freddy!!” refrain. I became recalcitrant, as I am wont to do. By then though, the sun had set and the bar was open, so I suppose the mission was accomplished. 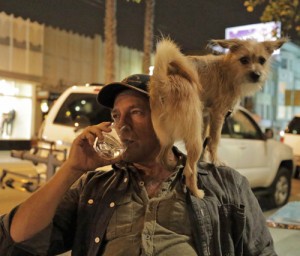 I’ll let you know if the finished product is “Tail-Worthy,” and keep you apprised of further developments. In the meantime, it seems the publisher has sent some questions for me to answer.

I honestly wonder sometimes, how much odder things are going to get.