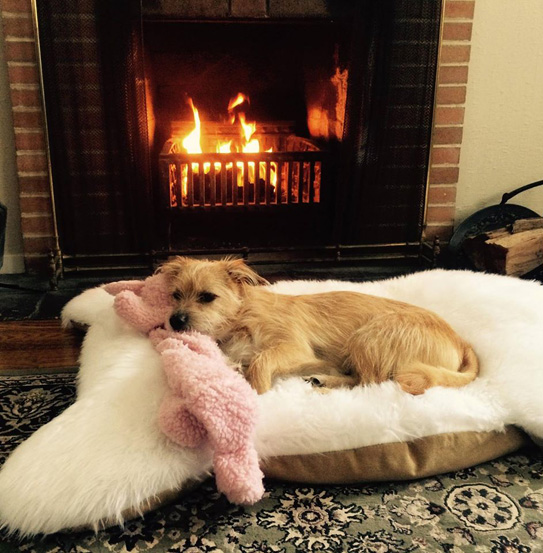 Marie Jennings writes,
Hope you didn’t forget Fridays with Freddy. It should be called “Fridays With Mike and Freddy.” lol.

First of all, who the hell is Mike? You mean The Biped? I honestly didn’t know he had a name.

Secondly, what the hell does lol mean? If it’s short for “half of a lollypop,” sign me up! I found one a few hours ago in the gutter and it was positively delightful. A crunchy sphere, impaled on a cardboard pike. Ingenious. Even though the inside looks an awful lot like like my own crap, it was beyond tasty, and had what the epicureans on Chopped call “good mouth feel.” Unfortunately, the brown and chewy inside is apparently something called “chocolate,” which I’ve just learned is also on the “Endless List of Delicious Things I’m Not Supposed to Eat.”

Judging by the way “Mike” dove over the roof of the neighbors Prius and snatched the lollypop from my jaws, you’d have thought it was another Motrin. Alarmist. Anyway, I digress Marie. Truth is, I did forget it was Friday. You got me. Sometimes, when you lie down by the fire on a dead polar bear, listening to the sound of distant fog horns after eating the ass out of a pink pig, time gets away from you.

Have a nice weekend, and thanks for the heads up.