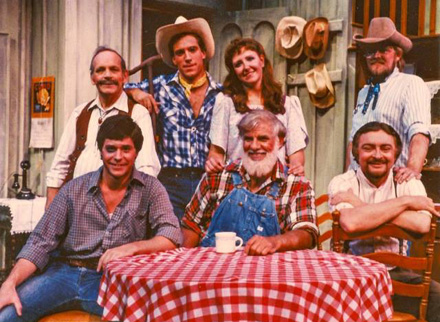 Woody Allen wrote a play back in 1966 called Don’t Drink the Water. I know this because my Dad was the star. Not in the Broadway version – that was some other guy. And not in the film adaptation – that was Jackie Gleason. But later, in 1975, when the director of a local community theater cast him in the lead role.

That was the first time I saw my Dad on stage. Until then, I’d never seen him play anything other than my Dad, which was pretty convincing in and of itself. But when I saw him assume the identity of Walter Hollander, a middle-aged American tourist trapped with his family in The American Embassy of a fictitious European country somewhere behind The Iron Curtain, I was transfixed.

Who was this man in my father’s skin? And why was everyone laughing hysterically at every thing he said? Where was the no-nonsense social-studies teacher that came home every night and loomed over me as I did my homework? Where was the stern taskmaster who woke me up every Saturday at 7am to split the wood, 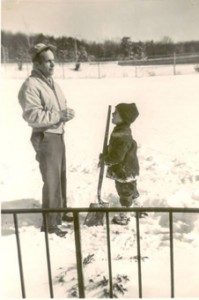 mow the lawn, shovel the snow, or embark upon some other Sisyphean chore?

My Dad has since appeared in at least 50 plays, probably more. He’s been a cop and a robber, a judge and a sheriff, one of Twelve Angry Men, and the Last of the Red Hot Lovers. He’s appeared on stages large and small, in more roles than he can recall – some grand, some modest. He even elbowed his way into a few musicals, which – if you’ve ever heard my Dad sing – is inconceivable. (At home, his version of Happy Birthday is as loud as it is unrecognizable.) And yet, there he was on stage bellowing at the top of his lungs in The Music Man, and 1776. How was that possible?

I didn’t see every performance or every show, but growing up, I saw enough to know there was more to my father than I had imagined. A lot more. It made me wonder if maybe there was more to me as well? Maybe a shy, stammering thirteen-year old could also be something different, every so often. 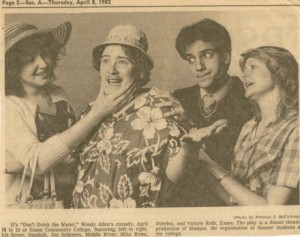 falls in love with the beautiful daughter of Walter Hollander. And I got the part.

The production was staged at The Cockpit in the Court, one of the more respected venues in the Baltimore theater scene. I remember the butterflies on opening night. I remember the feeling backstage, just before the lights came up – a weird mix of hope and nausea. Mostly though, I remember my Dad in the audience, laughing loudly in all the right spots, and no doubt wondering, “Who is this son of mine, getting all these laughs? Where is the boy who wouldn’t do his homework without me looming over him? Where is the kid I had to drag out of bed to split the wood, mow the lawn, and shovel the snow?

Time flies, and way leads on to way. After Don’t Drink the Water, there were lots of other shows, and Dad and I wound up on stage together more than once. There was a great production of Inherit the Wind, and then, a really fun version of The Rainmaker, where I finally got to play the lead. His youngest son Phil, was also infected, and went on to open his own theater company in Lexington South Carolina. And today, in a coincidence that seems as unlikely as it does inevitable, The Cockpit in the Court is putting on a brand new production of…you guessed it – Don’t Drink the Water.

Naturally, my Dad auditioned. At 82, he’s a bit too seasoned to play the middle-aged American tourist he brought to life forty years ago. But, thanks to a passable Russian accent and a no-nonsense demeanor, he’ll be assuming the identity of Krojack, the KGB officer determined 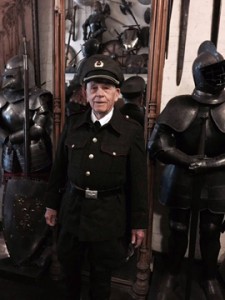 to keep Walter Hollander forever sequestered in a fictitious European country, somewhere behind the Iron Curtain. According to my mother, there’s talk of a Tony…

Sadly, on this day, the Cat is not in the Cradle. I can’t be there to see my Dad’s performance. I’ve got another role to play, on another stage, and the show must go on. But I’ll be thinking of him this Father’s Day, and wondering as I always do, how I got so lucky to be cast in the part of a grateful son. To be honest, it’s my favorite role to date, and one that comes easy, when you have a Dad like mine.