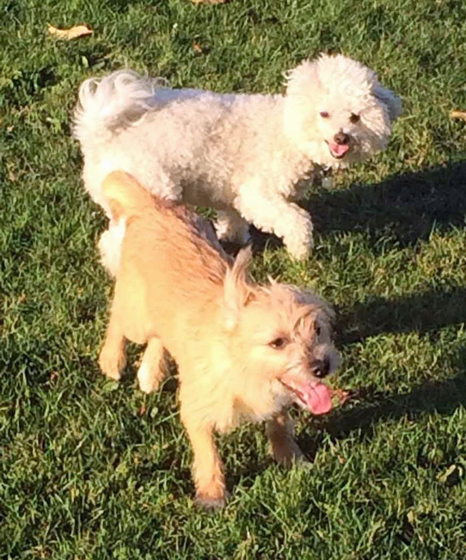 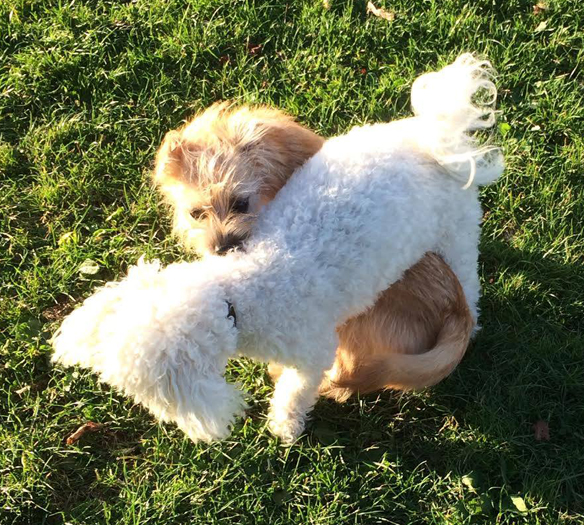 The biped’s back in Baltimore, (wherever that is,) watching a “playoff,” (whatever that means.) So I visited a new dog park today, and made a new friend. His name is Bravo, and he looks like a girl. But he isn’t. No, Bravo is a boy. A very naughty boy.

Had I known this going in, I would have never agreed to that stupid “wrestling match,” or let him catch me in the first place. And I certainly wouldn’t have laid there like a Christmas Ham while he bounced up and down on my head. Anyway, by the time I got the lay of the land, the damage was done.

These photos have been leaked from the cloud, and since it’s only matter of time till you see them, I figure I might as well get it all out in the open 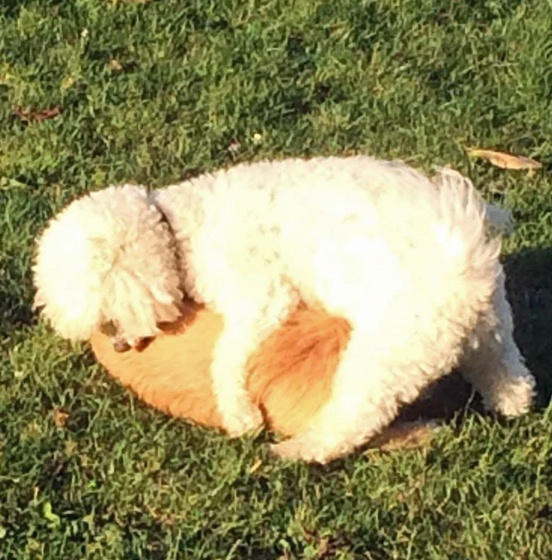 myself. Not much to do now bu 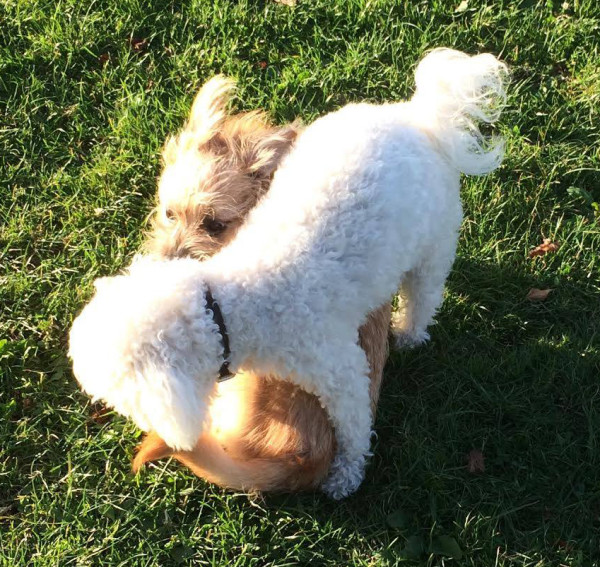 t find an attorney, sue Apple, and reflect on just how fast a walk in the park can turn into something altogether different.

Be careful out there…
Freddy