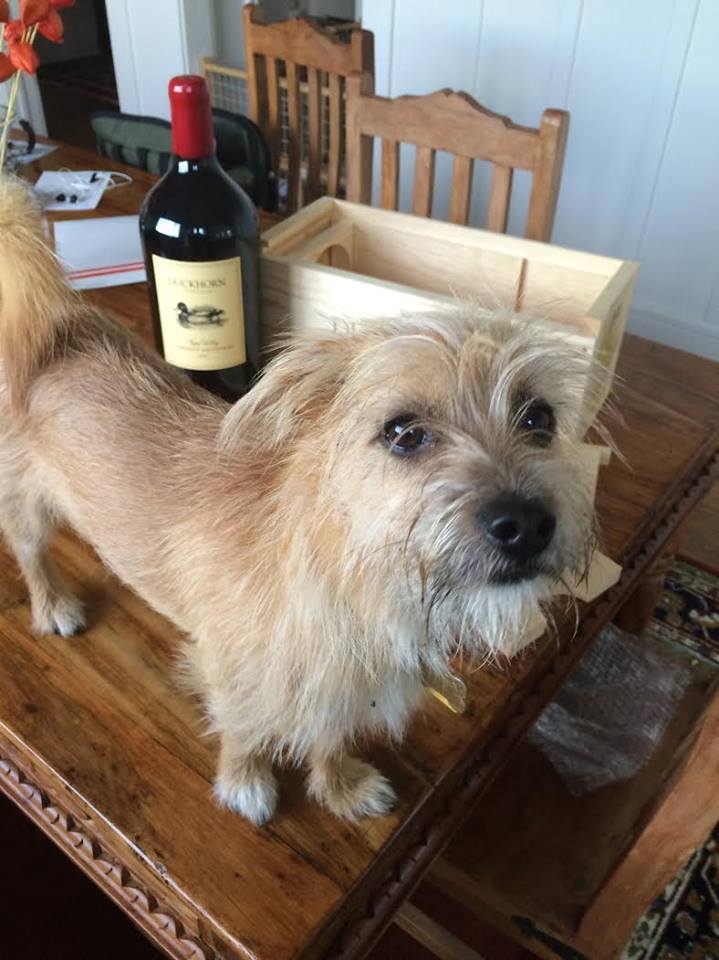 Cecelia A. Morgan
1 hr · Houston, TX ·
Patiently waiting for you to post Friday’s with Freddy!

William Barrett
Um mike? have you posted “fridays with freddy” yet?

Teresa Ann Isaacs
Who else thinks that Freddy should have a page of his own?!

Maureen Bohan
Hey Mike, You’re great and all but where’s Freddy? I miss my Friday pics of Freddy!!!

Alex Mackinnon
25 mins · Kitchener, Canada ·
“Freddie, bite your human and get the keyboard, I need your words of wisdom and not your poop scooper biological robot.”

What’s more satisfying than rifling through His Majesty’s inbox and seeing the teeming masses clamoring for my weekly words? Not much. But opening his snail mail and finding a giant bottle of something red with a delicious duck on it is a close second. The packing material was delicious, and the possibilities presented by this simple wooden box are intoxicating.

The Biological Robot, (good one, Alex,) is at some sort of “big game.” The tickets arrived earlier in a much smaller box than the duck-bottle, and the biped ran out of here with enough speed to leave a hole in the wall that more or less matched his exact form and dimension. Impressive.

Alas, I’m afraid I have no particular insight to share this evening. I vented my spleen rather thoroughly on Tuesday, and tonight, I’m resolved to somehow get the cork out of this bottle and see what feathery glories await.