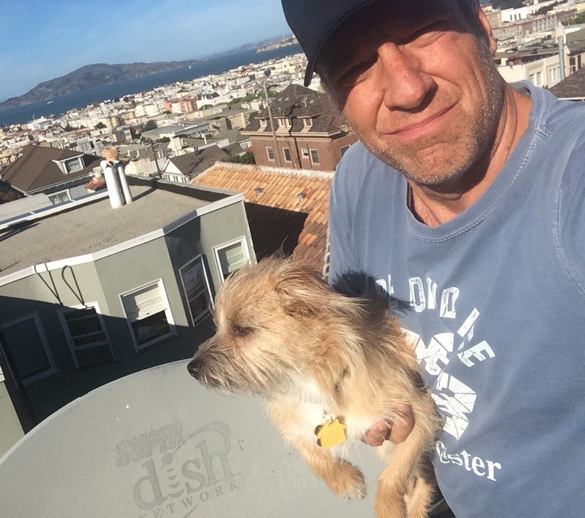 Good Evening. My name is Freddy. We haven’t met, but I share a room with the biped who hosts your new hit show, Somebody’s Gotta Do It.

If I understand today’s headlines, some sort of mysterious “DISH” has caused CNN to vanish from 17% of American televisions. Consequently, millions of humans – many with Nielsen Boxes, are now unable to watch the highest rated new series on cable news. This is an outrage. Moreover, it’s a mystery. Last I checked, the dish was the thing that holds my nightly gruel. How can a piece of dinnerware take control of a television set? No matter. The problem is real, and something needs be done. A great hew and cry has arisen on The Facebooks, and as I type this, hundreds of disappointed fans are now imploring my biped to “make calls, take action, or personally negotiate” with the dish in question.

Obviously, these people have overestimated the influence of a B-list celebrity, but their frustration at not being able to watch their favorite show is understandable. After months of constant 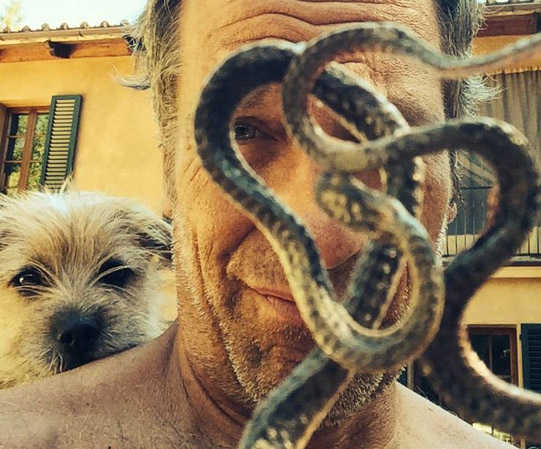 promotion, these loyal fans were whipped into a veritable frenzy of anticipation. Now, record numbers of viewers are addicted to the only hour of genuine, unscripted programming on television, but simultaneously held hostage by a stubborn “dish” that’s unwilling to negotiate? Normally, I avoid these kinds of inexplicable spats, but since I know a thing or two about getting what I want, I thought I’d offer my services, and help get this recalcitrant dish back to the table.

I know what you’re thinking. “He’s small. He’s young. He doesn’t have a last name.” Well, that’s true. But so is this – when it comes to negotiating, I never fail. Ever. I may only weigh ten pounds, but I can persuade a 200 pound man to leap out of his bead at 3am by simply lifting my leg. When I whisper, people come running. When I yell, they scamper even faster. Just yesterday, I sent the Fed Ex man tumbling down the stairs with a single shout. I’m not saying my poop doesn’t stink, I’m just saying there’s always someone there to pick it up, and thank me for the privilege. Can your current flock of legal eagles say that?
I mean no disrespect. I’m sure your people have all the right pedigrees. But really, do you need another white-shoe, Ivy-League, Wall Street barrister with a blue-chip Rolodex trying to reason with empty vessel? Hell no. You need an animal. A street fighter. You need a guy who’s not afraid to get dirty. Well look no further, CNN. I’ve dealt with snakes. I’ve tangled with rabid raccoons. I’m pretty sure I can handle a stupid dish. Just one phone call to my personal network, and I’ll have every one of these damned things covered in urine by morning. And that’s just for openers. Wait till you see what I do next… 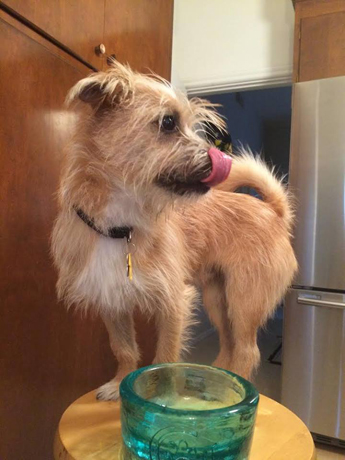 The show must go on gentlemen, and somebody’s gotta make it happen. Just say the word, and I’ll get started.

PS Our neighbor, upon whose DISH I’m poised to pee, has been invited over to watch Somebody’s Gotta Do It tomorrow night. The biped is serving hors d’oeuvres at 7:30, with an open bar till midnight. If you know someone held hostage by one of these nefarious dish-things, you might consider doing the same.

PPS As you must know, my motives are not entirely unselfish. Fewer viewers means a higher likelihood of cancellation for the biped, which would ultimately lead to an empty dish for yours truly. And that would be entirely unacceptable…