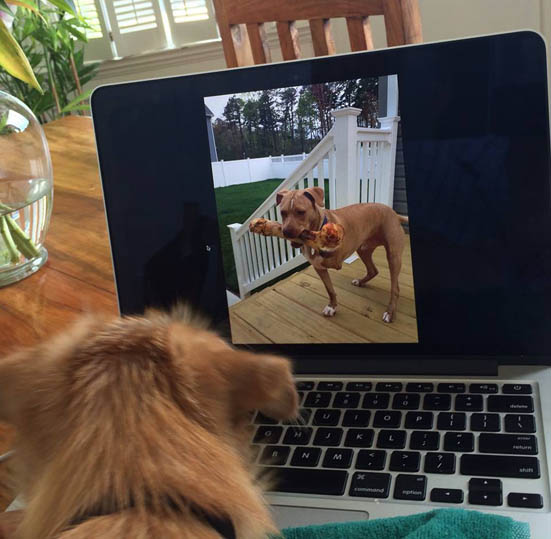 “Hey Mike – So how is the Puppy? Keep us posted as he gets older. He is a doll baby, and a star in the making.”

This is a shame, because if Freddie were an idiot I could blame his disregard of basic manners on stupidity. Specifically, when he pees on the carpet. Were he a simpleton, I might assume he simply forgot where his Pee-Pad was. Alas, this is not the case. Freddie does not forget anything. He pees on the rug because he’s displeased that I left him alone for a few hours. This is because Freddie believes he is training me.

I know this to be true, because when I’m away, he relieves himself on the Pee-Pad with regularity and precision. Always. But the moment I return, he calmly walks to the carpet adjacent to his Pee Pad, and barks until I look at him. Then, when our eyes meet, he squats and pees. Just like that.

When Freddie eliminates in this fashion, he never breaks eye contact. But his expression is not the snarling visage of a petulant pup, or the blank stare of canine moron. Freddie’s countenance says, “Hey pal, you brought this on yourself.” It’s the same look that my Dad wore when he’d say, “I’m sorry son, but this is for your own good.”

I can’t complain though. Freddie’s intellect is also a blessing. He’s already mastered dozens of words, and surprised me with his understanding of current events. He struggles with certain philosophical concepts though, and often misuses “ambivalent” and “ambiguous.” He’s very independent though. This morning, he logged on to my laptop and googled the word “irony.” And the image that appeared got his attention, as you can clearly see.

Anyway, Freddie still needs his final round of shots, so he’s housebound for another few weeks.

I don’t see what could possibly go wrong.

Catch up on all Freddie’s Blogs – HERE