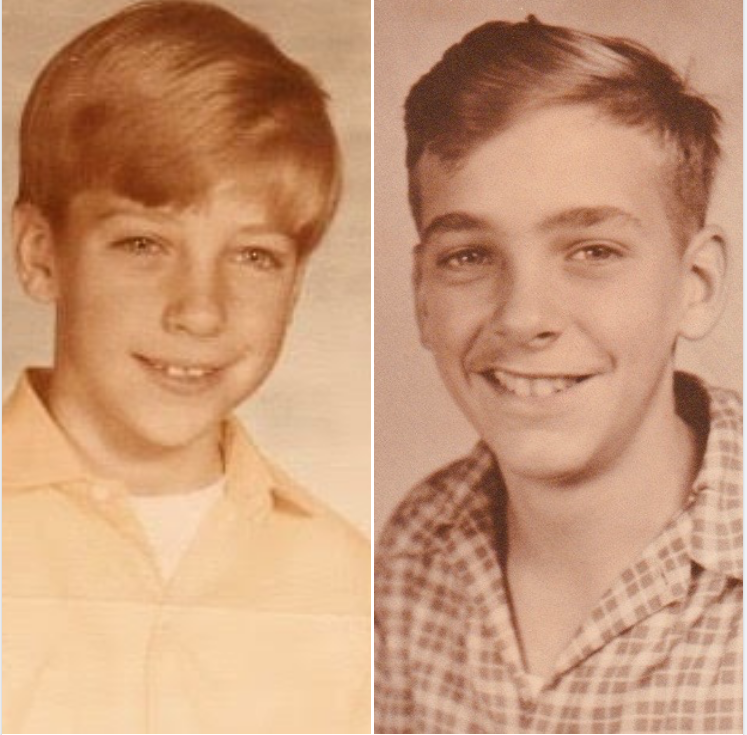 My Dad looks a lot like the older brother I never had.

That’s him on the right, smiling for the camera in high school. That’s me on the left, doing the same thing thirty years later, in elementary school.

I don’t know exactly how old either of us are in these photos, but looking at them side by side, I’m pretty sure that my Dad would have been a very good older brother to me.

I say this, because his actual younger brothers all said he was very good at being older than they were. “Dependable,” was the word they used. And my uncles were not alone.

According to my mother, my dad is dependable in ways that any wife could only hope her husband would be.

According to me, he is dependable in ways that any son could only hope his father would be.

And according to everyone who has ever met him, my dad is dependable in ways that you could only hope your best friend would be.

Other words are often employed to describe my father, but none are as consistent as “dependable.” Or as accurate.

You can see it in this old photo.

It’s in the eyes, and the smile.

They’re the same eyes that look kindly upon the shut-ins who receive the meals on wheels that he has delivered for decades. It’s the same smile that greets the countless patients he visits in the hospital, where he’s volunteered forever.

This year has been hard on my Dad, because the lockdowns have kept him from doing what he’s best at doing – showing up for others. Being of use. Being dependable.

John Rowe turned 88 yesterday and treated the occasion with his usual mix of apathy and indifference. In fact, my father has grown increasingly grumpy over the years at those who would dare congratulate him for being born – an event for which he takes absolutely no credit. So, aside from a long conversation during my afternoon walk, I got him nothing to mark the occasion. Nothing but a fervent wish to stick around a few more decades and continue to be the man whose example I’ve tried to emulate.

This model of reliability.

This paragon of dependability.

This very good man, who looks a lot like my older brother, but is instead, my most excellent father.