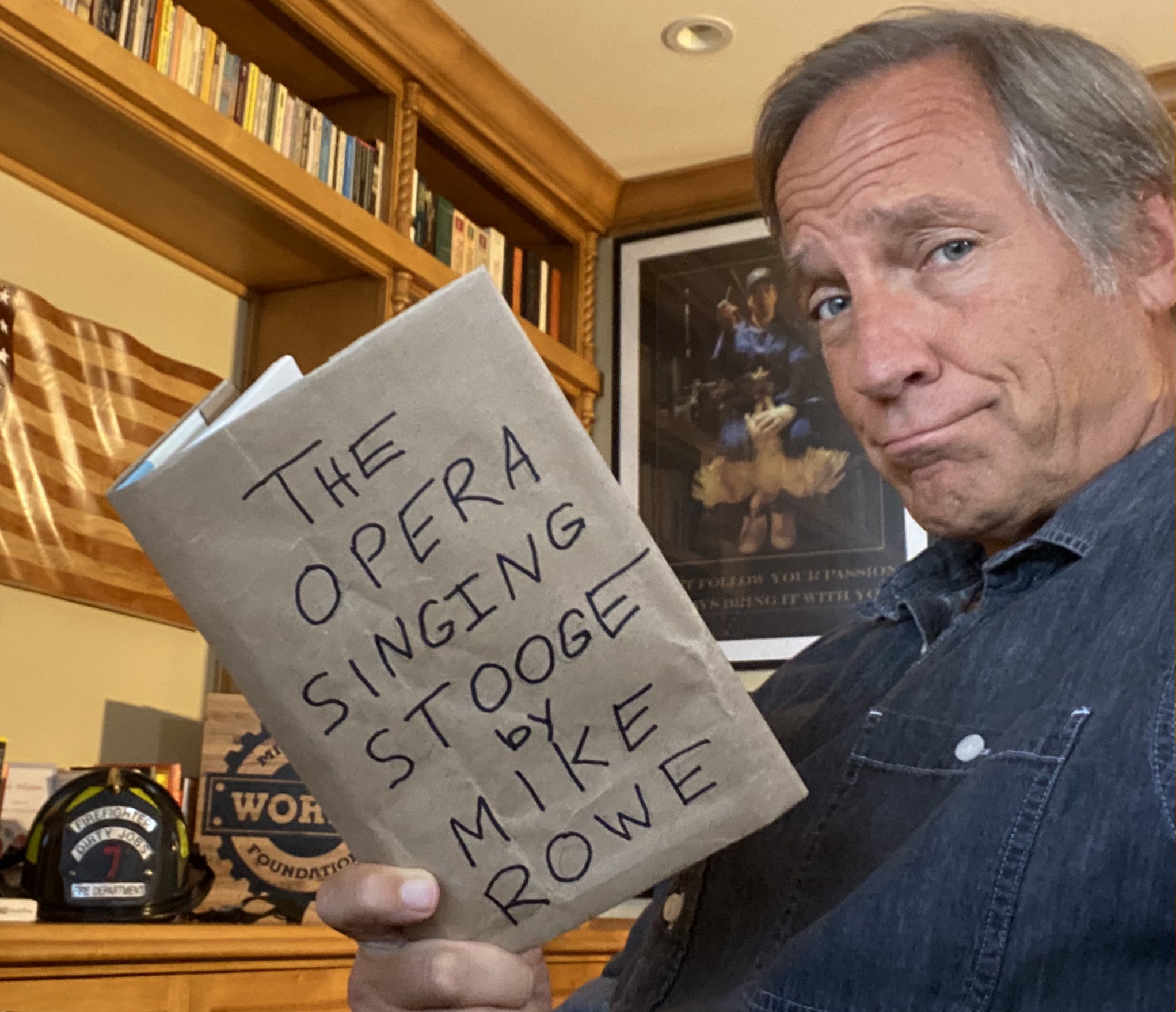 Mike Rowe is a phony. He takes millions from the Koch foundation. He carries a S.A.G. card yet is against unions. You’re not for workers. You’re an opera singing stooge.

If you haven’t read The Catcher in the Rye, you really should. Holden Caulfield, the main character, is obsessed with “phonies.” Like you, he sees them everywhere. But do you really suppose that’s what I am? If so, I’m afraid your accusations don’t support your premise. For instance, what exactly, makes you think that I am “against unions?”

To your point, I still belong the Screen Actors Guild, and I still work on various projects under their jurisdiction. Commercials, mostly. But it’s also true that I do a lot of non-union work. Dirty Jobs, for instance, was not a union production. Neither was Somebody’s Gotta Do It, Deadliest Catch, The Way I Heard It, How the Universe Works, Six Degrees, or any of the other projects that likely brought you to this page, to share your trenchant observations. Fact is, different people join different unions for different reasons. My own dance with organized labor began in 1984, when I was accepted into The Baltimore Opera, and promptly invited to join AGMA – The American Guild of Musical Artists.

Frankly, I didn’t have much of a choice. If you wanted to sing in the opera, you had to join AGMA. Period. So, I did, and for five years, I remained a “member in good standing.” Unfortunately, there wasn’t a lot of operatic opportunity in Baltimore, and it became pretty clear that I would never be able to support myself as a professional singer. So, I began auditioning for commercials and acting roles, and to my surprise, I booked a national spot on my first audition. At which point I was invited to join SAG – the Screen Actors Guild.

Frankly, I didn’t have much of a choice. If you wanted to act in commercials, you needed to join SAG. Period. So, I did, and for five years, I auditioned for every union gig I could find. Unfortunately, there wasn’t a lot of opportunity for aspiring actors in Baltimore, so I began auditioning for roles as a host and a narrator. I found some work there as well, and was immediately invited join AFTRA – The American Federation of Television and Radio Artists.

Frankly, I didn’t have much of a choice. If you wanted to work as a Host or a Narrator, you needed to join AFTRA. Period. So, I did, and for five years, I remained “a member in good standing.” Unfortunately, there wasn’t a lot of opportunity for Hosts and narrators in Baltimore, and by 1990, I had come to the conclusion that I was probably not cut out for a career in show business. But then I auditioned for the job that changed my life. The QVC Cable Shopping Channel was going from city to city, searching for show hosts, and I showed up. After talking about a pencil for 8 minutes, they offered me a contract, and more money than I had made over the last five years. But when I told the people at AFTRA about my good fortune, they told me that QVC w 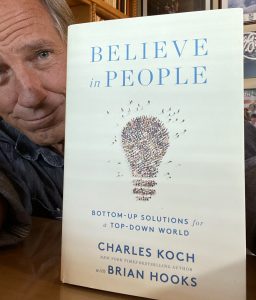 as not a union signatory, and that working there would violate the terms of my membership. When I asked them what that meant, they told me that I would be fined or tossed out of the union, if I took the job.

Frankly, I didn’t have much of a choice. I had no wish to run afoul of SAG, AFTRA, AGMA, or any other acronym, but I also needed a job, and none of the unions I had joined had the power to get me one. So, I did what I thought was best for me. I took the job at QVC, and though I didn’t know it at the time, that was the day my actual career began. The day I realized that unions didn’t care about my future, nearly as much as I did.

Point is, Trevor, I didn’t like the way I was pressured to join those unions, and I didn’t like the way they tried to discourage me from taking the job that started my career. But that doesn’t mean I’m “anti-worker,” or “anti-union.” I absolutely support the right of workers to organize, and I genuinely appreciate the progress unions have made over the years, particularly in improving working conditions and workplace safety. But times have changed, and today, the business of earning a living goes far beyond navigating the age-old tension between labor and management. Today, a skilled worker with a strong work-ethic and the willingness to travel can prosper like never before. That’s why I’ve spent the last 12 years running a foundation that helps train workers who wish to learn a skill that’s in demand. Because I don’t want skilled workers to feel reliant on anyone – not their employer, not their union – no one. To date, the mikeroweWORKS Foundation has awarded nearly 5 million dollars in work-ethic scholarships to over a thousand recipients, some of whom have joined unions, some of whom have not. Some of these workers have gone on to start their own businesses, and all of them have used their newfound skills to improve their lives. So no, Trevor, I’m not anti-worker or anti-management. I’m pro-skill, pro-individual, and pro-entrepreneur.

As for Charles Koch, it is true that his foundation supports mine. But you’re wrong to suggest that I’ve personally received any money from him. I’ve never taken a dime from Charles, or promised him anything in return for his generosity, including a plug for his latest book, “Believe in People,” which is even better than The Catcher in the Rye. I’ve attached my personal endorsement below, which you’ll also find on the front page, and the back of the cover. I mean every word of it, and heartily encourage you pick up a copy.

No, we don’t agree on everything, but Charles and I are united in our belief that real change begins from the ground up. In fact, his commitment to small, grassroots organizations persuaded me to redouble my own charitable work, as well as host “Returning the Favor”, another non-union production that’s gifted millions of dollars in assistance to over a hundred non-profits doing good work in their communities. You might want to check that out, too. 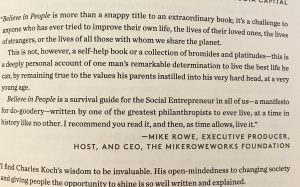 Finally, let’s discuss the “stooge” allegation. Stooge is a curious word. The actual definition, according to Webster’s, is “a person who serves merely to support or assist others, particularly in doing unpleasant work.” Honestly, I can live with that. It’s certainly better than “phony.” What’s curious though, is that prior to the actual definition, Webster’s offers these additional descriptors:

I get the “noun” part, but since when did the business of “supporting or assisting other people” become derogatory? Perhaps it’s the “merely,” that makes “stooge” an insult, but here’s the thing about insults, Trevor – they only hurt when they come from people you admire.

Thus, when a guy like you stops by to call me a “scab,” or a “phony,” I might ignore you. Then again, I might defend myself with a dozen paragraphs of imminently shareable content. But one thing’s for sure. I won’t waste a second feeling bad about who I am. Because my conscience is clear, Trevor, and whatever other powers you might possess, you should know that hurting my feelings with a Facebook post is simply not among them.

Good luck out there, and thanks for stopping by.

P.S. Personal bias aside, if there was ever a time to Believe in People, the time is clearly now. I encourage everyone here to check out this book and watch the attached video. All proceeds will go to half-a-dozen worthwhile charities.

PPS. Trevor – I can probably get you an autographed copy, if you ask nicely. Or, if you prefer, I can pass along my latest tome, “The Opera Singing Stooge.” Yes, it’s a pop-up, but think it’s gonna be big nevertheless…