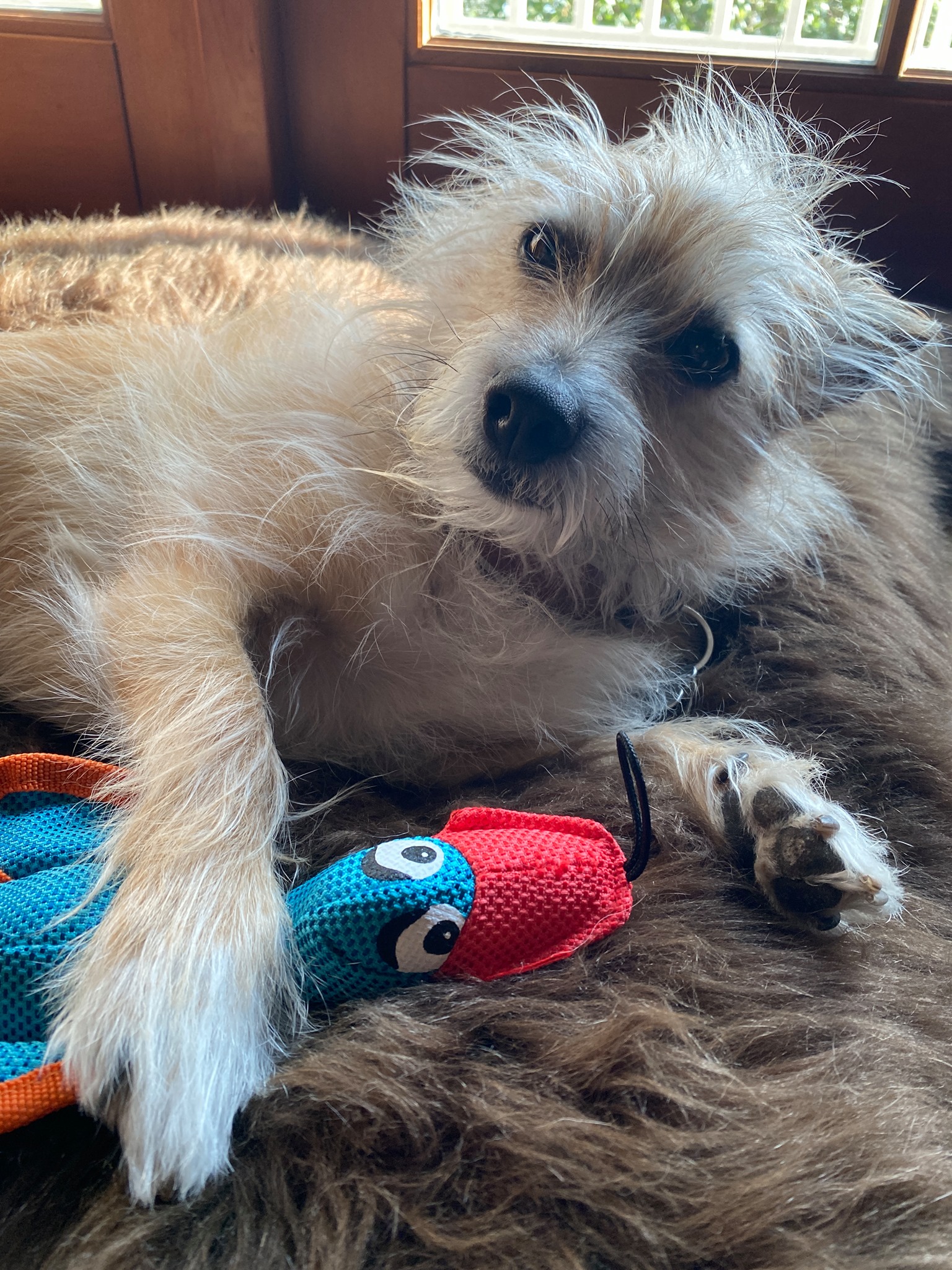 So, I awakened this morning to over 70,000 comments, and many thousands of anxious people demanding an answer to yesterday’s “moral dilemma.” And when I say “demand,” I’m not even kidding! People really, really, really want to know the fate of that pigeon.

Okay, then. Here’s what happened. I should tell you first that I haven’t read through all the comments, but based on the first ten thousand, and the last five thousand, it seems a majority of respondents believe that I rescued the pigeon, either by bringing it home and caring for it myself, or by taking it to a “wildlife rehab facility.” Among those who believe I saved the bird, many explained that doing so was, “the right thing to do,” and that I was someone they had always admired for “doing the right thing.” (Many others pulling for the pigeon, wanted me to know that doing the “wrong” thing, would leave them no choice but to unfollow me. Ha! No pressure, Mike!)

The rest appear to be evenly split among those who believe I used the nearby rock to put the animal out of its misery, and those who believe I allowed “nature to take its course,” by simply walking away. Interestingly, only a very, very few predicted what I would do, who then went on to say that they would do something different. In other words, almost no one said, “Personally, Mike, I’d take it home, but knowing you, I bet you wrung its neck.” Or, “Personally, Mike, I’d put the pigeon out of its misery, but from what I’ve learned about who you are, I bet you took it home.” Fascinating. I’ll leave the social scientists to unpack that one.

Let me also say that for me, the most striking dynamic in the comments was the overall lack of empathy for the hawk. There were only a handful of comments like this one, from Lesley Smith, who said, “90% of juvenile hawks don’t make it past their first year of life. That pigeon could very easily be the difference between life and death for that bird.”

Lesley is correct, but she did not persuade many others to see things her way. “Let them eat mice!” said one pigeon defender. “Let the hawk find another pigeon,” said another. “A different pigeon. You were put there at that moment in time to save this one. It’s fate.” Deb Honosky wrote, “Help the pigeon, Mike. Clearly you were at the right place at the right moment to intervene!” The idea that I was “put there” to save a very specific pigeon from a very specific hawk was extremely popular.

Also, a quick word about “allowing nature taking its course” by “simply walking away,” which thousands of people are certain I did. Unfortunately, this is simply not possible. Not the walking away part – that’s easy. I’m talking about the option of removing myself from the natural world, and thereby absolving myself from the consequences of doing nothing. That’s not possible, because I am part of the natural world, just like the hawk, the pigeon, my dog, my friends, the trees in my backyard, and every other living thing on the planet that I encounter. Therefore, everything I choose to do, and everything I choose not to do, impacts the natural world. Thus, I can never “allow” nature to take its course, because doing nothing is no less consequential than doing something.

That’s not to say that I can control nature – I can’t. Like you, I am vulnerable to earthquakes, volcanoes, global warming, wildfires, global cooling, the laws of physics, asteroids, heart disease, bad luck, global pandemics, and all manner of predators from all manner of species – including my own. Nor do I believe I was placed at the scene by a supernatural power, for the express purpose of impacting the fate of one bird or the other. If a supernatural force guided me into that moment on purpose, then it stands to reason that that same supernatural force would be capable of determining my next course of action, or inaction. So, to say the same thing in a slightly different way, walking away doesn’t “allow” nature to take its course, because walking away IS nature, taking its course. I agree, as many here have stated, “that everything happens for a reason.” But I also believe the reason everything happens, is usually the result of the choices we make.

Having said all that, I will now tell you exactly what I did yesterday, when I found myself between a hungry hawk, and a wounded pigeon that was about to be eaten alive.

I walked away, and I took the pigeon with me.

However, I didn’t bring him home or drive him to a wildlife refuge. Instead, I left him on the underside of a bush, a mile or so from where I found it. I left it there late yesterday afternoon, and this morning, it was gone. I don’t know what happened to it. (Neither does Freddy.)

So…why did I do this? Why didn’t I simply put the pigeon out of its misery, and give the hawk an easy meal? All things considered, that would have probably been the kindest thing to do. A quick death for a wounded bird, whose body would provide nourishment for other birds. Hakuna Matata. And for the record, that was the thing that I intended to do, when I picked up the rock, and held it over the pigeon’s neck. But then, the pigeon looked at me, and I changed my mind.

It was really that simple.

What if he was merely stunned? What it’s his wing wasn’t really broken? Birds are pretty resilient creatures. Maybe this one just needed a breather? A chance to bounce back? And so, for reasons that, if I’m being completely honest, had nothing to do with the well-being of either bird, I moved the pigeon to another location, wished it well, and got on with my day.

I’m guessing that fans of Dirty Jobs are wondering when I became such a softie. I was the guy after all, who shot a cow on camera, and turned it into 400 pounds of steak under the guidance of a professional butcher. Likewise, I suspect fans of Returning the Favor are wondering why I didn’t formally adopt the pigeon and build a coop for it in my backyard, where I could monitor his rehabilitation as it bonded with Freddy. In the end, I couldn’t bring myself to do either, so I took a page from Somebody’s Gotta Do It, and made things better for myself. In other words, I reset the course of nature, temporarily anyway, in a fashion that let me off the hook, somewhat. Then, I went home and had a few G&T’s and forgot all about the hawk and the pigeon.

Anyway, that’s what happened yesterday. Today though, I find myself wondering why 70,000 people have responded so passionately to my post. Are you guys really that interested in the fate of a single pigeon? Is the direction of my own moral compass really that important to 70,000 people? Or, is there something else at work?

A couple days ago, I got angry watching the news. Like, really uncharacteristically livid. I was watching the footage of a cowardly mob swarming through a restaurant in Rochester, screaming in the faces of families as they tried to eat, pushing old people to the ground, and terrorizing everyone present. I remember thinking as I watched, what I would do if I were in that restaurant? Would I fight back against those bullies, knowing I’d probably get my ass kicked? Would I try to protect the elderly and the weak? I like to think I would, and it’s certainly easy to tell you that I would. But do I know for sure?

And then, I started thinking about George Floyd. What would I have done, had I been one of those rookie cops, watching Derek Chauvin perched on a man’s neck for nearly nine minutes? Would I have intervened? I like to think I would, and it’s certainly easy to tell you that I would.

But do I know for sure?

I think maybe, a lot of people today are wondering what they might do in all sorts of situations. I know I am. Just a few days ago, on 9/11, I wrote about Tom Burnett, one of the guys who fought back against those bastards who hijacked Flight 93. Would I have had the guts to join them, as they rushed the cockpit? I like to think I would. And it’s certainly easy to tell you that I would. But do I know for sure?

Because when it comes to hawks and pigeons, it’s hard to know what you’ll do, until you find yourself caught between the two.