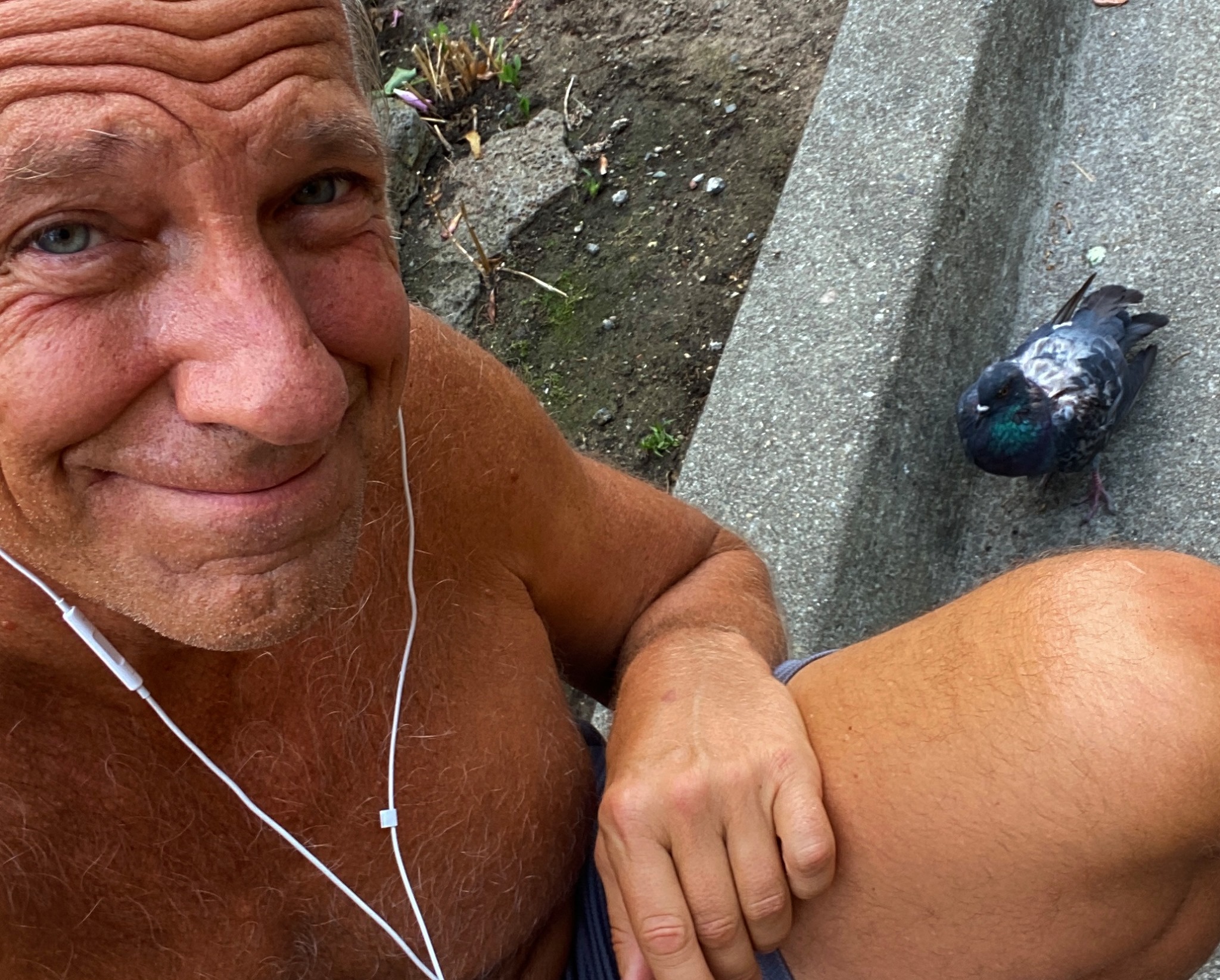 So, I‘m walking around my neighborhood yesterday, shirtless, absorbing as much Vitamin D as possible, (a proven foe of coronavirus,) when I see a hawk, also shirtless, standing in the middle of the road. He’s a big bird, and he’s got dinner in his talons. Specifically, a full-grown pigeon.As I approach, the hawk attempts to fly off with his prey, but drops the pigeon when he’s several feet in the air. The pigeon, still very much alive but badly wounded, flops around in the street. He can walk, but he can’t fly. His wing appears to be broken. Meanwhile, the hawk, no doubt intimidated by my superior size, (or perhaps my shirtless torso,) relocates to the top of a nearby tree and waits for me to walk on by, before returning to carry off his dinner.

A few moments later, I’m standing next to the bloodied pigeon. He tries again to fly away but can only hobble to the gutter. There, he looks up toward the top of the nearby oak, where the hawk is waiting. The pigeon then looks over at me, and I’m touched by an uncharacteristic pang of pity for a creature that under normal circumstances, would be crapping on me from above. 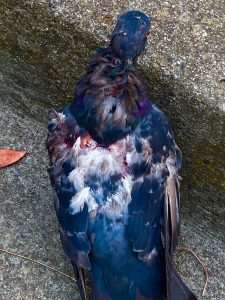 Does the pigeon know the only thing between him and certain death is a shirtless, B-list celebrity? I don’t know, but it’s pretty clear to me. If I continue on my way, the hawk will swoop down and finish what he started. So, the question is self-evident: what’s a shirtless B-list celebrity to do?

I sat on the curb, and I considered my options.

1. Continue on my way. Seems cruel, but who am I to insert myself into avian affairs? Though my sympathies always lie with the underdog, I’m well aware of how nature works. The hawk has to eat too, right? Perhaps he has a wife back at the nest, and a few babies crying for nourishment? Are their lives less important than the pigeons?

2. Crush the pigeon’s head with a nearby rock. Brutal, yes, but it would be a quick death, and vastly superior to being eaten alive. If the pigeon is doomed anyway, why not put him out of his misery as painlessly as possible, and leave the carcass for the hawk?

3. Take the pigeon home, and nurse it back to health. Obviously, this is an absurd option but an option, nevertheless. I have a cage in the garage, plenty of newspaper, sawdust, and the means to fund the pigeon’s recovery. On the other hand, I have a dog who loves to chase birds, and no desire to become known as a guy with a soft spot for squab. I’m just not that guy. Or am I?

It was then that the wounded pigeon, who had been regarding me from a distance of roughly six feet, slowly hobbled over to my feet and looked directly into my eyes. Never before have I experienced this kind of eye contact with a bird. We stared at one another for some time. I glanced up at the hawk, who was also watching me intently. 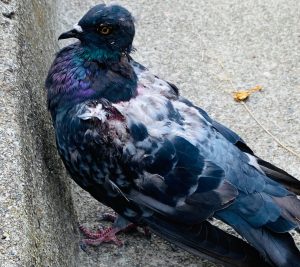 Two birds, each looking at me with purpose. One, asking me for help. The other, asking me to leave.

I’ll tell you what I did, later. And I’ll be honest. But first, I’d like to know what you think I did. I’m also curious about what you would do, if it were you, sitting there, shirtless on the curb, pondering the human condition, and the inexorable reality of nature, tooth and claw…

UPDATE: About That Pigeon