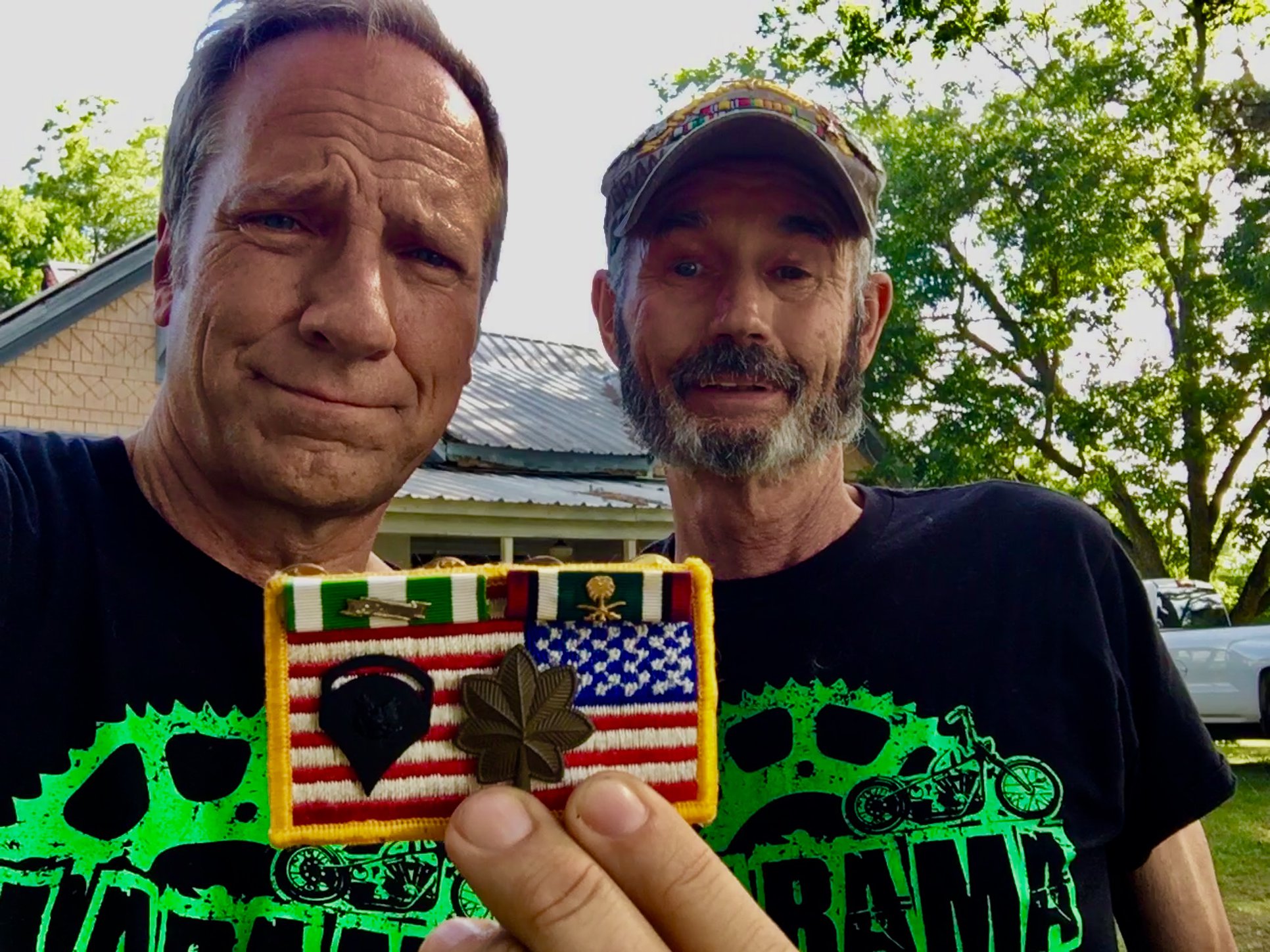 Doc is one of several combat vets utilizing Operation Combat Bikesaver, which just opened in Tallassee, Alabama. More on that later, specifically, at the end of this season.

Doc served as a medic in the Army. He’s seen some things. Yesterday, when we finished filming, he showed me the flag he wore on his uniform before he retired. On it, is recognition for his service in Vietnam, along with a medal from the kingdom of Saudi Arabia, his rank, (Specialist E-5,) and a Major Oak Leaf.

I talked to Doc about his time in the service, and his commitment to caring for the men with whom he served over the years. We discussed the sad reality of PTSD, and the fact that Alabama leads the nation in veteran suicide. We discussed the extraordinary efforts being made to fight this scourge by honorable men and women all over the country. People like Jason Zaideman, who started OCB, and Rob Dinsmore, who was inspired to follow in his footsteps. Finally, we talked about the significance of the flag he wore, and the insignias attached.

“Because I’m grateful to you,” he said. “I appreciate your commitment to excellence, honesty, and integrity.”

I didn’t know what to say.
I still don’t.

One day, I hope to become the person Doc thinks I am. For now, I can only thank him for his service, and promise to care for the flag he once wore.