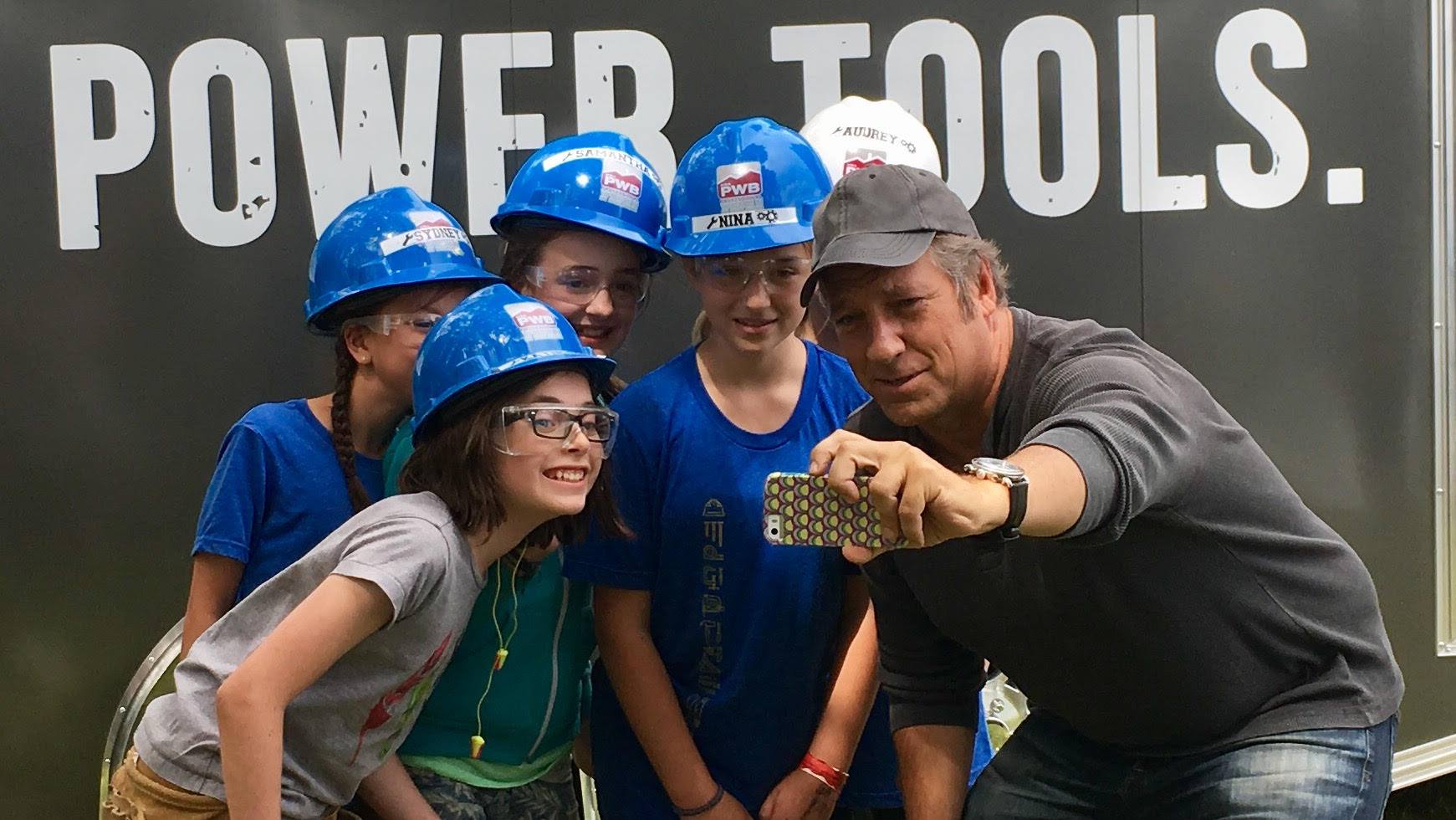 A few hours ago, my office received this note from Katie Hughes. If you’ve been following the saga of Girls Build, check it out. I think you’ll agree it’s the very best kind of good news.

Last night, after a day of trailer break-in logistics, I checked my email to find it full of donation notifications, and those notifications just kept coming. I had a hunch, and so got myself over to Mike’s Facebook page and there, first thing, was his heartfelt and moving notice about our break in, as well as a call to action.

Well, that call was answered in droves. We have received hundreds of donations in less than 24 hours, and we are moved. On Monday we received terrible news, and our hearts were broken over this theft. One day later, we have fully recuperated the amount we lost, and our hearts, as well as our faith in humanity, are restored.

Along with the incredible donations by hundreds of people across the country came the support of many tool and construction companies. Black & Decker is announcing their commitment to replace all Black & Decker tools included in the original Favor, and DeWalt is making a similar promise. The damage to the trailer is being fixed for parts alone, with Tiny Innovations donating their labor costs to get us back on our feet.

So, where does this leave us? This leaves us ahead.

Ahead enough that we can carry out our programming at Oak Creek Correctional Facility on schedule in our shiny new trailer with our shiny new tools. Ahead enough that we can promise the girls of Southern Oregon that we will be back again in 2018, and offer scholarships at the same level we were able to in 2017 (88%). Ahead enough to know that the Aleeyahs and Jordans and Natalies and Naomis of Girls Build will have slick tools at camp next summer, on which they will learn and get excited and picture for themselves a different future.

Finally, the donations and generosity have tilted the scales a little. Some thieves broke into our trailer in the cover of night, doing something selfish and unkind, and the world answered with utter selflessness and care. We will carry this knowledge with us in our programming as we move fiercely forward. Thank you to every single person that took the time to donate. It has meant the world to us.

As I’ve maintained from the start, Returning the Favor is more an experiment than a show – and the results have been encouraging. Since we premiered two months ago, Jason Zaideman from Operation Combat Bikesaver has been contacted by other veterans in other towns, looking to replicate his operation. Snookie Rico, the hair-stylist and cancer survivor, is in touch with other salon owners looking to follow in her footsteps, and Momma Ginger is inspiring other Soup Ladies all over the country, to care for first responders in their communities.

That was the reaction we all hoped to see, as our little experiment got shared around the country. But this? This is even better. Because here, we see the audience itself “returning the favor,” and in the process, restoring a lot more than a ransacked trailer and a bunch of stolen tools. Honestly, if social media has a greater purpose than recipes and cat videos, this has gotta be it.

I want to personally thank the individuals on this page. Your collective kindness is no longer surprising, but the speed with which you reacted to this is extraordinary. Likewise, I want to thank Procore Technologies, DEWALT, and Stanley Black & Decker. When Mary informed them of the burglary, they offered to replace the tools before she could even ask for their help. I understand other companies have stepped up as well. Awesome. And thanks also to Jeremy and Ryan over at Tiny Innovations for getting the trailer back in working order.

Anyway, some good news, at the end of a long day.
Mike