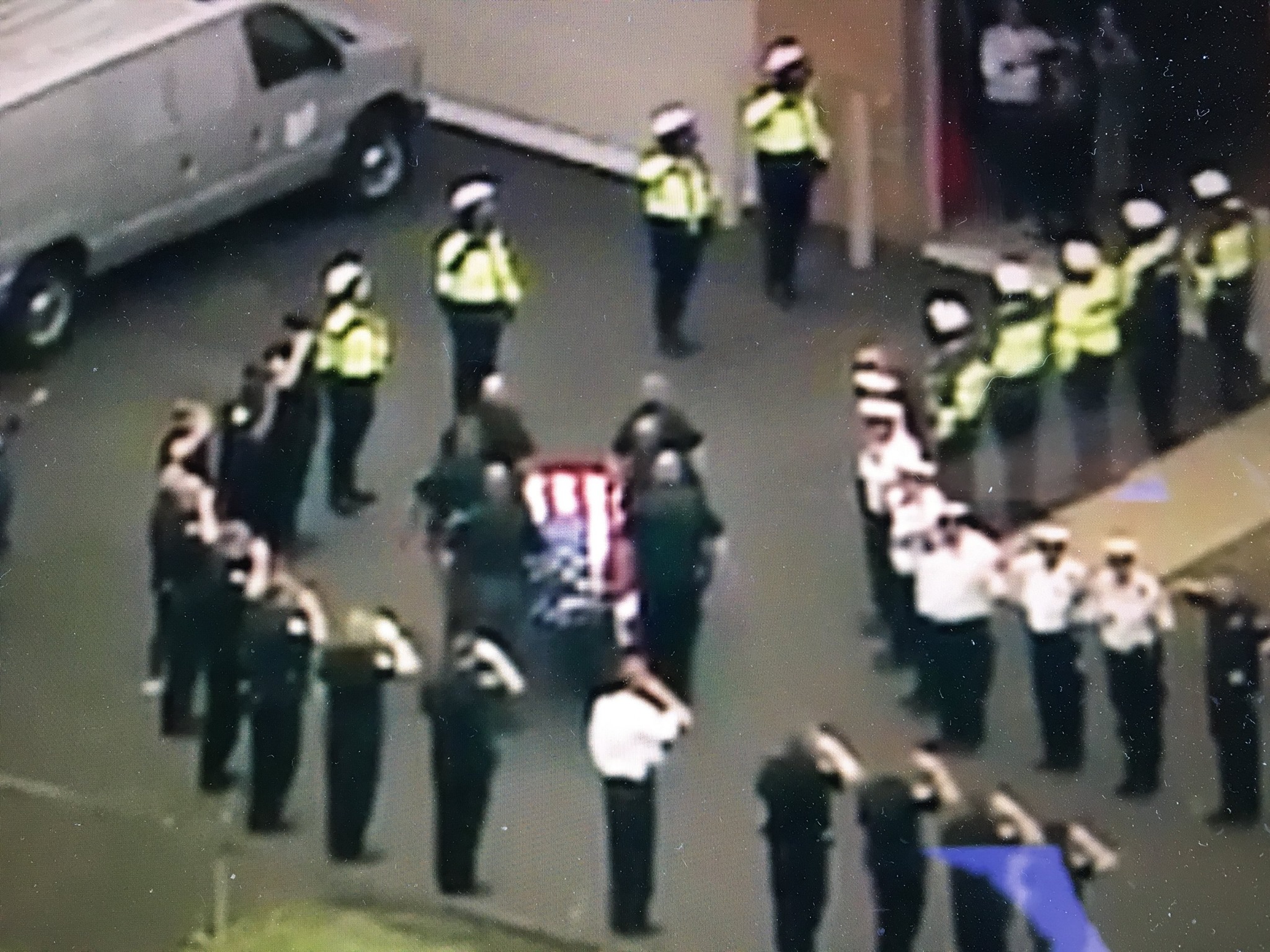 The other day as I looked through my FB feed I had two articles come through that had a very different reaction. The first was the news of a local police officer who died in a car accident while on the job. The next was an article that an Iron worker friend shared of a report detailing the 43 workers who died in MI while on the job in 2016… a 10 year high. As you might expect, the first article had numerous comments, shares and reactions. The article that outlined the 43 dead workers however, had nearly none.

I’m wondering why our community doesn’t feel the same way about those other workers who died while growing our food, cutting lumber, building/repairing our homes, providing us with electricity, roads to drive on, etc. As the most respected spokesperson for those Dirty Jobs workers, I’d like your thoughts on the subject.

All the best – Always a fan and supporter,

It’s a great question, and I’m flattered that you would direct it to me. Obviously, I can’t speak for your community. Nor am I a spokesman for blue collar workers, skilled tradesmen, cops, or dirty jobbers. I can only speak for myself. Having said that, I do have a theory of sorts, and it revolves around the paradoxical relationship between gratitude and resentment.

The problem starts with what we value, and today, as a society, we do not value skilled labor. That’s why we’ve removed home economics from high school, along with the vocational arts. Of course, we still need these skills as a society – now more than ever – but we don’t want them for our kids; we want them for someone else’s kids. And so, we find ourselves with 5.6 million available jobs, $1.3 trillion of outstanding student loans, and hundreds of thousands of graduates perfectly educated for jobs that no longer exist.

We’re living today in the age of the specialist, in what most people would call a service economy. Cars, homes, computers…we can purchase these things easily – assuming we have the means – but most of us have no idea how to make them, much less maintain them. The same is true with the most important things – food, energy, infrastructure, technology…we’re disconnected from the business of making things, and largely dependent on workers whom we’ve never met, doing jobs we no longer aspire to.

If I learned anything from Dirty Jobs, it’s this: the people we rely upon most are the same people we most often take for granted. And it’s getting worse, because the less skilled we become as individuals, the more disconnected we become from that portion of our workforce. This “disconnect” is the thing that makes us more anxious and less patient with the world around us. This is why we behave like petulant children when our electricity goes out, or our plumbing fails, or our airplane doesn’t take off on time, or our internet goes down, or our phone call gets disconnected. (Can you hear me now? Can you hear me now???)

Fact is Ron, we are no longer impressed by the miracle of modern agriculture, affordable electricity, air-conditioning, smooth roads, suspension bridges, winged-flight, or any number of other things that used to unite us with a shared sense of wonder. This is why we blame the plumber for charging us “too much.” We resent him, precisely because we need him. The very jobs we told our kids to avoid, are the same jobs bitch about paying for. From healthcare to roadside assistance, construction to computer repair – we begrudge the skills we don’t possess, and disparage the people who have them. As addicted as we are to crapping indoors, we simply don’t value to the people who make it possible. In this way, we’re not only disconnected from honest work, we can’t even agree on the definition of a “good job.”

Anyway, that’s a bit of a ramble, but you asked for it. To answer your specific question, I would simply say it’s hard to grieve for people you don’t really know, who die doing a job you don’t really appreciate. It happens all the time, so I guess we’re used to it. Sad, but true. However, when a cop dies – even in an accident like the one you mentioned – most sensible people will pause to ponder – however briefly – the absolute pandemonium that would engulf us all, if no one had the guts to wear that uniform.

Like skilled tradesmen, cops are under-appreciated and critical to civilized life. But unlike skilled tradesmen, cops are not confronted with apathy; they’re confronted with antipathy. Their problems don’t start with a lack of appreciation; their problems start with people who wish them dead. People with no regard for law and order.

Cops are on television every moment of every day. We see them whenever there’s a riot, or a protest, or a shooting, or an angry mob bent on destroying a neighborhood. I’m looking at one on TV right now – Steven Disario. That’s him in the casket, on his way to the funeral home. He was shot dead in Ohio just a few hours ago, answering a call at a nursing home. Left a wife behind with six kids, and another on the way.

When I see people like Chief Disario risking their lives on my behalf, I immediately consider the speed with which our country would cease to exist if all the cops stayed home for a week. Then, I thank God for the men and women in blue. Because no job in my opinion, is more noble, more important, or more thankless than theirs. Obviously, I’m not alone.

So – does the reaction in your news feed mean that people who die maintaining our infrastructure or growing our food are less important than the people who die protecting us from the bad guys? No. It just means that America, thankfully, still harbors some level of genuine appreciation for the cops. In spite of all the hateful rhetoric and trumped up nonsense, and the tiny percentage of officers who abuse the badge, most people still understand how thin that blue line really is.

The report you reference is important, Ron, because it reminds us that nothing is guaranteed. It reminds us that gratitude is fragile, and that cops can be taken for granted, just as easily as skilled tradesmen can be ignored. But of course, if that ever happens – if America somehow succeeds in discouraging an entire generation from considering a career in law enforcement – we’ll have ourselves a different kind of skills gap. A gap with no bottom, and more than enough room to hold the entire country, as we slip together into a pit of total anarchy.

On the positive side, the cost of college will be of little concern…