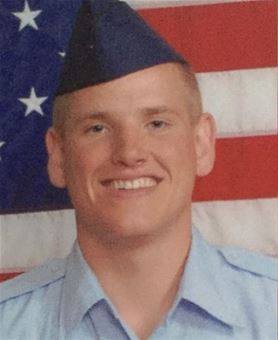 I took the train yesterday from New York to Baltimore, a quick two-hour ride that flies by when you’re listening to podcasts and answering email. During my trip, an armed terrorist, stripped to the waist and brandishing a knife and an automatic weapon, failed to exit the bathroom. Consequently, no one had to charge this non-existent killer and attempt to disarm him. No one had to endure multiple slash wounds while attempting to prevent the slaughter of dozens or maybe even hundreds of innocent people who were just trying to get home.

Yesterday though, on another train, somebody had to do all that and more. That somebody was Airman First Class Spencer Stone. He and two friends were traveling through northern France when another deluded lunatic on another senseless jihad attempted to murder his way into paradise.

I read the details of Airman Stone’s heroics as we pulled out of 30th Street Station, and wondered what I would do right then and there, if I were confronted with the same set of circumstances just south of Philadelphia. Would I have charged an armed madman? If so, would I have reacted as quickly as Airman Stone? That decisively? If not, would I have at least assisted him once I realized what was happening?

Or would I have sat there, dumb and paralyzed, with all the other regular folk, waiting and hoping that someone would save us all?

I don’t know, and I honestly hope to never find out. But one thing’s for sure – had I been on that train in Belgium, I’d be looking today for a way to express my gratitude to Airman Stone and the two brave men who assisted him in the dirty job of saving my life.