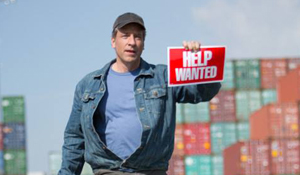 Your constant harping on “work ethic” is growing tiresome. Just because someone’s poor doesn’t mean they’re lazy. The unemployed want to work! And many of those who can’t find work today, didn’t have the benefit of growing up with parents like yours. How can you expect someone with no role model to qualify for one of your scholarships or sign your silly “Sweat Pledge?” Rather than accusing people of not having a work-ethic, why not drop the right-wing propaganda and help them develop one?

I’m afraid you’ve overestimated the reach of my foundation, as well as my ability to motivate people I’ve never met. For the record, I don’t believe all poor people are lazy, any more than I believe all rich people are greedy. But I can understand why so many do.

Everyday on the news, liberal pundits and politicians portray the wealthy as greedy, while conservative pundits and politicians portray the poor as lazy. Democrats have become so good at denouncing greed, Republicans now defend it. And Republicans are so good at condemning laziness, Democrats are now denying it even exists. It’s a never ending dance that gets more contorted by the day.

A few weeks ago in Georgetown, President Obama accused Fox News of “perpetuating a false narrative” by consistently calling poor people “lazy.” Fox News denied the President’s accusation, claiming to have only criticized policies, not people. Unfortunately for Fox, The Daily Show has apparently gained access to the Internet, and after a ten-second Google-search and a few minutes in the edit bay, John Stewart was on the air with a devastating montage of Fox personnel referring to the unemployed as “sponges,” “leeches,” “freeloaders,” and “mooches.”

Over the next few days, the echo chamber got very noisy. The Left howled about the bias at Fox and condemned the one-percent, while the Right shrieked about the bias at MSNBC and bemoaned the growing entitlement state. But through all the howling and shrieking, no one said a word about the millions of jobs that American companies are struggling to fill right now. No one talked the fact that most of those jobs don’t require an expensive four-year degree. And no one mentioned the 1.2 trillion dollars of outstanding student loans, or the madness of lending money we don’t have to kids who can’t pay it back, educating them for jobs that no longer exist.

I started mikeroweWORKS to talk about these issues, and shine a light on a few million good jobs that no one seems excited about. But mostly, I wanted to remind people that real opportunity still exists for those individuals who are willing to work hard, learn a skill, and make a persuasive case for themselves. Sadly, you see my efforts as “right wing propaganda.” But why? Are our differences really political? Or is it something deeper? Something philosophical?

You wrote that, “people want to work.” In my travels, I’ve met a lot of hard-working individuals, and I’ve been singing their praises for the last 12 years. But I’ve seen nothing that would lead me to agree with your generalization. From what I’ve seen of the species, and what I know of myself, most people – given the choice – would prefer NOT to work. In fact, on Dirty Jobs, I saw Help Wanted signs in every state, even at the height of the recession. Is it possible you see the existence of so many unfilled jobs as a challenge to your basic understanding of what makes people tick?

Last week at a policy conference in Mackinac, I talked to several hiring managers from a few of the largest companies in Michigan. They all told me the same thing – the biggest under reported challenge in finding good help, (aside from the inability to “piss clean,”) is an overwhelming lack of “soft skills.” That’s a polite way of saying that many applicants don’t tuck their shirts in, or pull their pants up, or look you in the eye, or say things like “please” and “thank you.” This is not a Michigan problem – this is a national crisis. We’re churning out a generation of poorly educated people with no skill, no ambition, no guidance, and no realistic expectations of what it means to go to work.

These are the people you’re talking about Craig, and their number grows everyday. I understand you would like me to help them, but how? I’m not a mentor, and my foundation doesn’t do interventions. Do you really want me to stop rewarding individual work ethic, just because I don’t have the resources to assist those who don’t have any? If I’m unable to help everyone, do you really want me to help no one?

My goals are modest, and they’ll remain that way. I don’t focus on groups. I focus on individuals who are eager to do whatever it takes to get started. People willing to retool, retrain, and relocate. That doesn’t mean I have no empathy for those less motivated. It just means I’m more inclined to subsidize the cost of training for those who are. That shouldn’t be a partisan position, but if it is, I guess I’ll just have to live with it.

PS. The Sweat Pledge wasn’t supposed to be partisan either, but it’s probably annoyed as many people as its inspired. I still sell them for $12, and the money still goes to mikeroweWORKS. You can get one here, even if you’re not applying for a scholarship.

PPS. If you’d like Craig, I’ll autograph one for you!