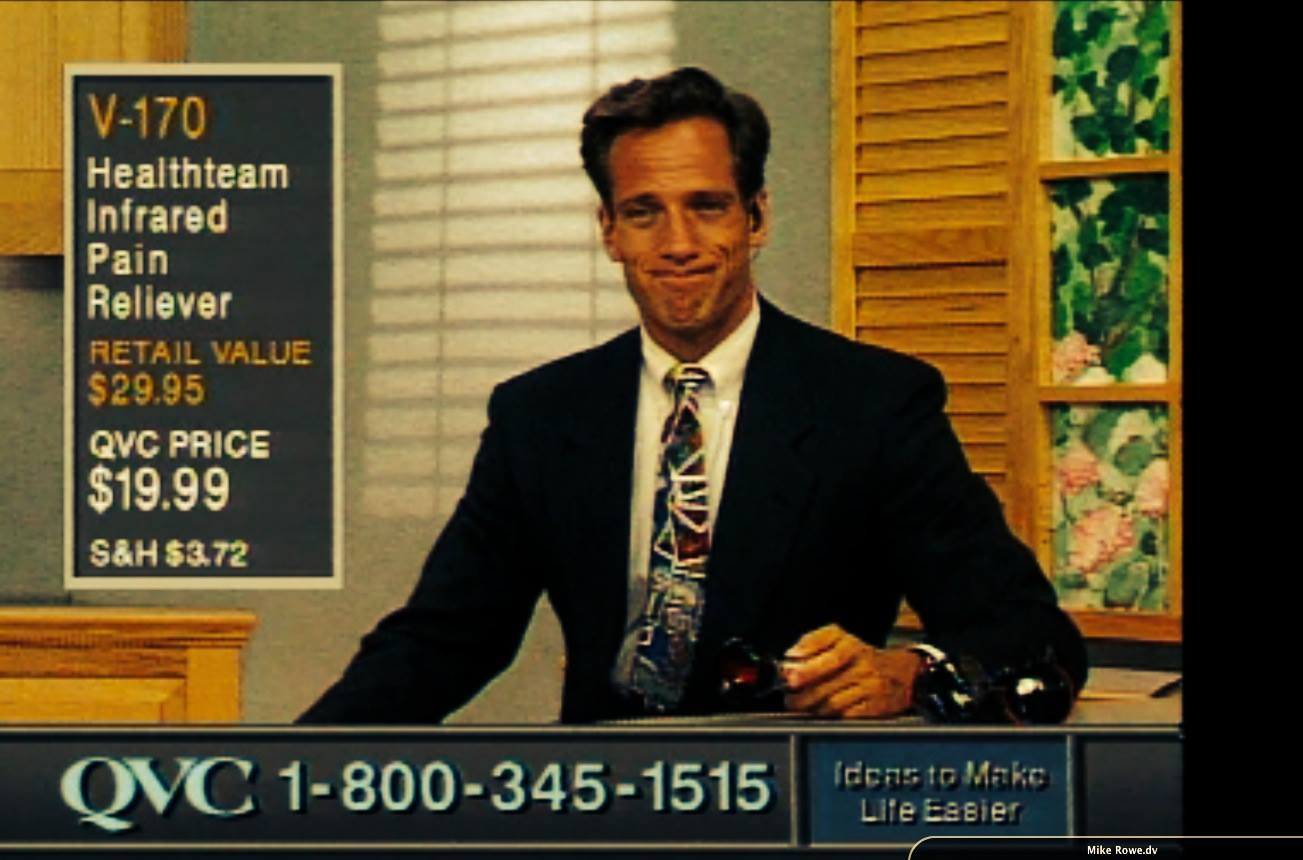 It was late September, 1991. I had been fired from QVC a few months earlier, (justifiably,) rehired, (inexplicably,) and banished to the graveyard shift for my sins, (permanently.) There was a nasty flu going around, and most of the prime-time hosts were home puking their guts up. So I was summoned on a rainy Saturday afternoon to fill in for one of the stricken. I was halfway through a riveting hour called “Ideas to Make Your Life Easier,” and reflecting on the troubling trajectory of my career in television, when Joan Rivers walked into the studio.

Joan was spending the entire weekend at QVC, touting her line of clothing and jewelry. I’d never met her, and it was unthinkable that my boss would have ever wanted us on the same stage at the same time. QVC was committed to earnest, heartfelt, G-Rated content. I was not. Which is why I rarely saw the light of day. Joan was scheduled to appear later that evening alongside a more reputable host, but on her way to the greenroom, she stopped in front of the stage and watched as I tried to say something flattering about The Healthteam Infrared Pain Reliever. Then she pulled something out of her giant purse, walked onto the set, and began asking me questions on live TV.

“I beg your pardon?”

“Well it’s truly hideous,” said Joan. “And what’s up with that suit? You look like an unmade bed.”

“Thanks,” I said. “It helps me sleep on the job. You look positively radiant though, if I may be so bold.”

“Well look a little closer,” she said. “One more facelift and I’ll have a goatee.”

It took me a second, but when the image sunk in, I chortled. I may have even guffawed. Had I worn dentures, I’d have likely spit them across the room.

“You seem like a nice young man. It’s a shame you don’t have any taste. Is there a woman in your life?”

“Several,” I replied. “But none that can compete with your many years of experience.” 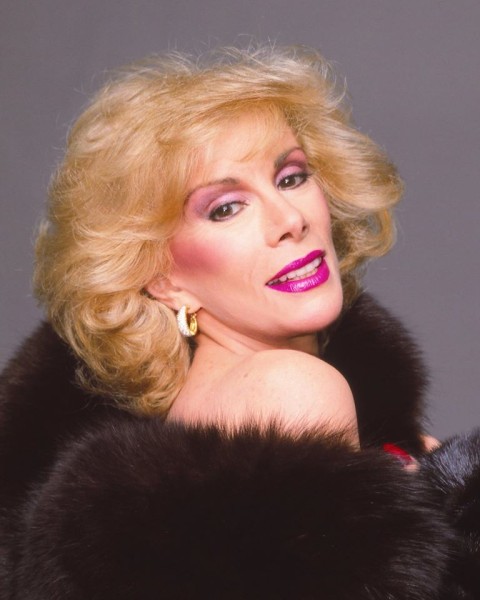 Joan laughed and gave me the finger. She then presented me with a “Tie-Button Tie,” a fancy piece of silk with a button-hole in the back that allowed a gentleman to affix the tie to the button on his shirt in a way that – in her words – “might keep it from swinging into the spaghetti sauce the next time I took one of my “special ladies” out for a big night at The Olive Garden.”

She went on to tell me about the various other trinkets and fashion designs that would appear in the following hour. She showed me a simulated diamond set in 14-carat gold and suggested it would be perfect for any of the women in my life. “Remember ladies, fake jewelry doesn’t have to make you look like a slut, even if you are one.”

She also described a stretch jersey in her fashion line as as “a pretty little thing with a nice comfortable lining that won’t get stuck in your ass-crack.”

Joan made me laugh, partly because she was funny, but mostly because I knew my many masters were trembling in fear as they watched from home, thrilled by the fact that millions of people were tuning in to see Joan Rivers, but equally horrified by the prospect of what she might say next. In this way, she became heroic to me.

I didn’t see Joan for the next year and a half. By then, she had become a fixture at QVC, and was well on her way to selling a billion dollars of stuff. Literally – a billion. I on the other hand, was still sequestered away at 3am, hawking products that appeared to have been sourced from the midway of a condemned carnival. But then, I caught a break. QVC and CBS agreed to produce a pilot around Joan, tentatively called “Can We Shop?” Under the terms of the deal, Joan could select any of the QVC Hosts to work with her as a co-host. For reasons I still don’t understand, she picked me.

I can’t express how profoundly surprising this decision was – to me, my fellow QVC hosts, and most of all, to those who had consigned me to the graveyard shift. It was madness to reward a smart-aleck who routinely made fun of the products he was entrusted to sell, but Joan insisted, and the next thing I knew, I was sitting next to her on a soundstage in New York City, doing my very best Ed McMahon impression. Go figure.

In television, like anything else, way leads on to way. You don’t always know the significance of a thing when it happens. But this was different. Appearing on CBS with Joan Rivers was the first thing I did that actually looked legitimate, and I knew I had turned a corner. Sitting there with Joan, cracking wise in a CBS studio in front of a live audience, I finally came to believe that somewhere, a job was waiting for me in television that didn’t involve a 2 am wake-up call.

I left QVC soon after that, and never saw Joan Rivers again. Not in person, anyway. Like the rest of the world, I saw her on the red carpet, and I watched her shenanigans here and there. How could you not? Icons have a way of being everywhere at once. I also watched her documentary a few years ago – A Piece of Work. I wanted to call her after that, and tell her how brave it was to be that forthcoming. I wish that I had.

I remember a holiday party at her penthouse on 5th Avenue. It was black-tie affair, but I wore one her Tie-Button Ties, which amused her to no end. I also brought her some cookies. My mother – upon learning that I would be visiting a bone fide celebrity in her actual home – was afraid I might arrive empty-handed, or worse, with a six-pack of Rolling Rock tucked under my arm. So she made a tin of chocolate chip cookies, and told me to give them to Mrs. Rivers with her compliments. Which I did.

I don’t know if she actually ate them, but she accepted them with grace, and placed them next to a menorah. That still makes me laugh.

RIP, Joan.
And thank you, very much.