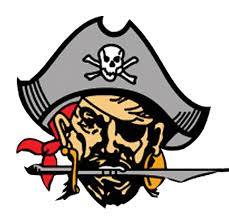 Today’s Off the Wall comes from Shelby, and a few hundred others who posted similar comments about a situation in Illinois. Shelby says:

“Quite a story brewing in small town Ottawa, Illinois after the high school board voted for raises for the administration then cut the building trades class. Students, parents and tradesman protest. 2 days in a row now. Local business owners send food etc…”

Here is the full article from the local Times’ website

Quite a story indeed, Shelby. Thanks for posting. Couple thoughts.

In general, I don’t support many protests. I don’t object to them – protests are a critical constitutional right, and I begrudge no one’s decision to pick up a sign, march, chant, sit-down, sit-in, boycott, occupy the town square or get themselves arrested or suspended. But even when the cause is just, I find myself suspicious of most organized events. There always seems to be performance element that smacks of bad Kabuki. The busses arrive, filled with people corralled by some outside group. The signs are handed out. Someone alerts the local media, and when the cameras arrive, the indignation erupts. That’s the problem with organization, right? Without it, an angry group can turn into a mob, and a mob is humanity at it’s very worst. But with too much organization, the protest turns into a production. And production – as I’ve learned from personal experience – is the enemy of authenticity. Which is why most people roll their eyes at angry groups. They don’t seem authentic.

Having said all that, I’m standing with the kids at Ottawa Township High School. I can’t speak to their motives. I have no idea if they care more about the teacher, or more about the demise of vocational education. Maybe they’re just bored high-schoolers looking to snap the monotony of a long winter. But either way, if I could be there with them, I would. Because I like what’s happening. I like that these kids are willing to suffer the consequences of speaking their minds. I like that the local trade unions are supporting them. I like that the press is covering it. But mostly, I like that somebody is standing up for the skilled trades. Finally. In a place where it really matters.

When the performing arts were cut from high schools, there was a great outcry. And with good reason. Music and drama transform countless kids into something better than they were. I was one of them. But when the vocational arts got cut, no one made a peep. And that was a big, fat mistake that the country is paying for in a huge way.

13 thoughts on “OFF THE WALL: Ottawa Shop Class Crisis”