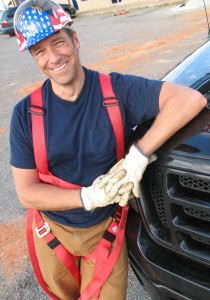 What are your views on the effectiveness and usefulness of Union organizations and the decision to go on strike to achieve their goals and demands?

The role of unions, and their relevance, has changed over the years. Personally, I’m of the mind that certain industries still justify their existence, while other do not. But one thing is certain – once a union is formed, it will not go gently into that good night. Like any other group, they are loath to disband, ever.

I have mixed feelings. As a believer in the individual, I will always support a persons right to make the best deal he can in his/her industry of choice. If acceptable terms cannot be reached, my first inclination is not to unionize or strike, but to simply seek out another industry. Let the larger law of supply and demand sort it out. Easier said than done, I know, but joining organizations of any kind is not my first choice, personally.

We are now competing in a world market, and the standards most unions attempt to uphold are making it difficult to compete globally. So we’re forced to choose between the workers standard of living, and the competitive strength of his employer. Tough call, and one that I’d never try to make in a vacuum. (Is the striking union providing service to a public company? How will the shareholders be affected? Am I a shareholder? Are we talking about air traffic controllers, cops, textile workers, or teachers, or in my case, actors? Will a strike bring riot, or simply more reruns and reality shows? The stakes are different.)

Jay Leno invited me back onto The Tonight Show before the writer’s strike had been resolved. Tricky business. I’m not a member of WGA, and Discovery is not a signatory, but I am in their sister unions – SAG and AFTRA, and sympathetic to their cause. I also had friends in those picket lines, and had to decide whether or not to cross. In the end, I did, for the simple reason that getting more people to watch Dirty Jobs is more important to me than any other professional issue. (I also have friends in coal mines and crab boats, I decided their stories were more important to promote than any show of solidarity I might have offered.) Now, if I depended on writers to tell me what to say on Dirty Jobs, I would have likely gone the other way, but that’s not the case, and the decision came down to one of personal choice.

Ultimately, a personal choice is what most Unions ask us to forego, in favor of a united stand. I think there are times in life when such decisions make sense. And there are times when they are counter-productive. But in this day and age, there are very few black and white truths regarding organized labor. Times have changed, and there’s little to be done about that.

8 thoughts on “United We Stand? Are Unions Still Relevant Today?”