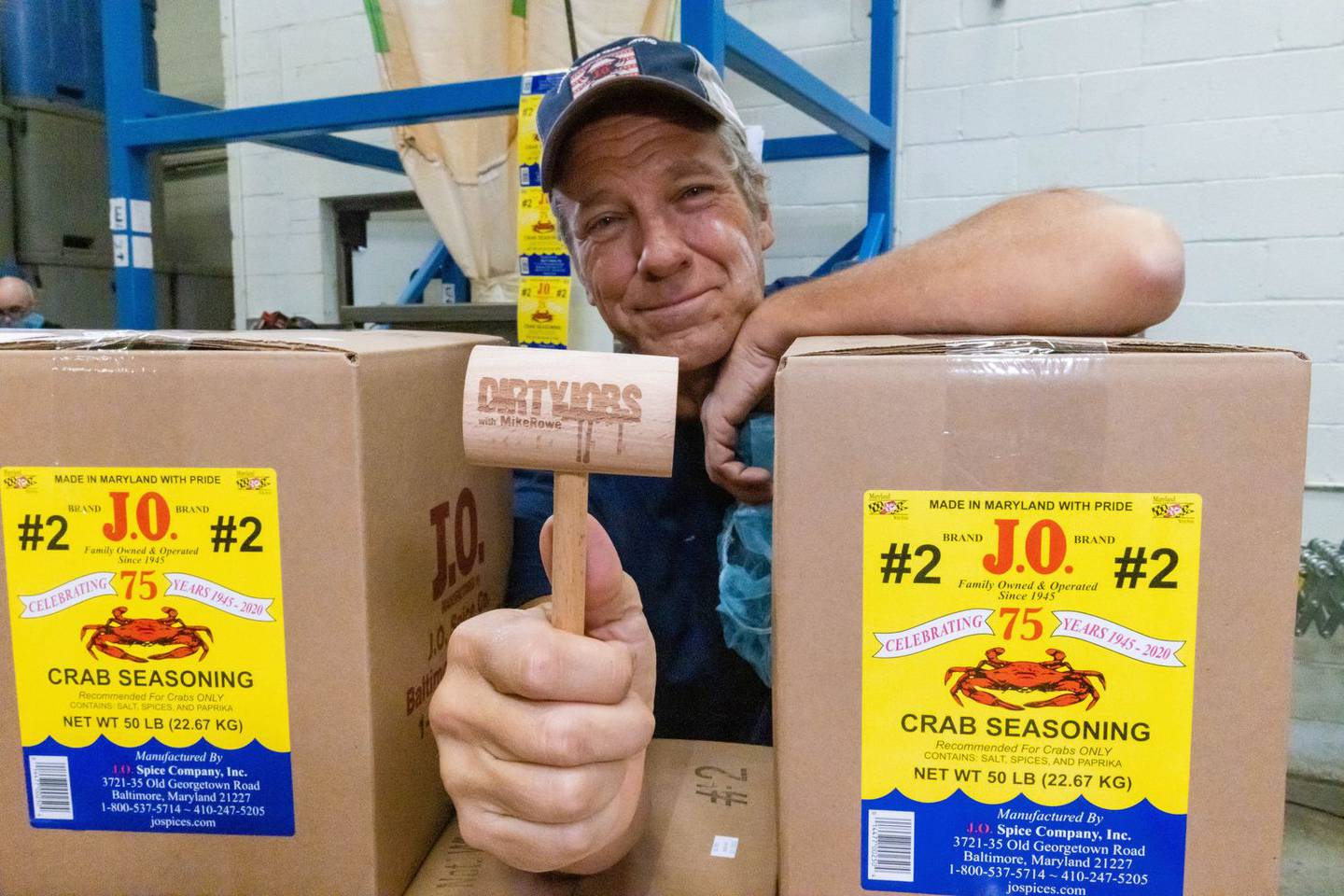 Interesting story out of Baltimore over the weekend, concerning me, Rachael Ray, Dirty Jobs, and crabs.

On tonight’s show, I highlight a Maryland company called J.O. Spice. These guys make dozens of delicious spices, one of which has become synonymous with Maryland steamed crabs. The spice is called J.O. #2, and the company has been cranking out tons of the stuff, literally, for four generations. Unfortunately, 99% of the country – including most everyone in Baltimore – confuses J.O.#2 with Old Bay Seasoning. It’s a mistake I’ve made myself, more than once, and I wanted to use Dirty Jobs with Mike Rowe to atone for my past mistakes. I also wanted to make sure more people know that Old Bay has been getting a LOT of unearned publicity, thanks to people who confuse their product with the far more ubiquitous, but less glamorously named, J.O.#2. (Having built a large part of my own business on #2, it seemed the least I could do.)

Anyway, in the course of promoting tonight’s episode, I chatted with Rachael Ray last week, who was kind enough to urge her viewers to watch tonight’s episode. (Along with the J.O. Spice Company, I go fishing tonight with a husband-and-wife team who run a caviar company on the Mississippi River. More on Show Me Caviar LLC. More on that later.) Unfortunately, as well as ironically, Rachael Ray was under the impression that the J.O. Spice Company made Old Bay Seasoning, (NOOOO!!!!) and proceeded to promote Old Bay on the air, even going so far as to hold up a tin of Old Bay and sprinkle some into her mouth.

Ginger Ports, the delightful matriarch of the family whom you’ll meet on tonight’s episode, voiced her displeasure on Rachael’s website, which caught the eye Christina Tkacik, a local reporter in Baltimore with an unpronounceable last name, who called me last week to discuss the kerfuffle and write the story I’ve just attached. Hopefully, her efforts – and your willingness to share this story – will help prevent others from perpetuating the mistaken belief that Old Bay is the preferred provider of the delicious spice that makes Maryland crabs so delicious. In reality, J.O. #2, is really #1.

Finally, credit where it’s due. Mistakes get made all the time in my business, and Rachael and her team quickly removed the video from her site and replaced it with a sincere and much appreciated retraction. You can read it here, bit.ly/3Iyg5K8 if you’re that desperate for something to do on a Sunday afternoon. In the meantime, don’t forget watch or DVR Dirty Jobs tonight at 8pm on Discovery. It’s a good one.