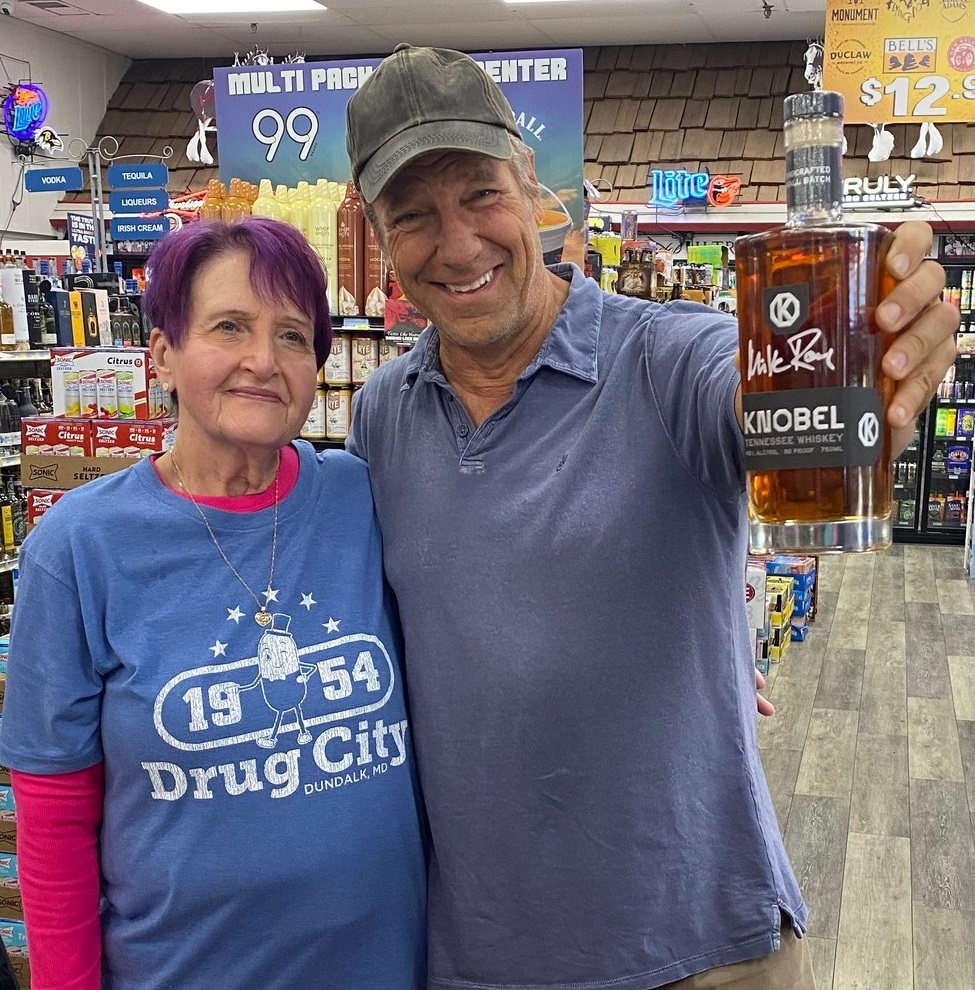 Honestly, I’m not sure how much stranger this whole whiskey thing can get. Say hello to Nancy. Nancy is a retired Baltimore City cop with purple hair, 37 years on the force. She’s still married to her husband, another retired cop. I’m not sure what color his hair is, or if he even has any left, but it doesn’t matter. What matters is that Nancy now works at a place called Drug City, in a little town called Dundalk.

I have strong ties to Dundalk, and many fond memories. My dad and I did a play here, once-upon a time, at the Dundalk Community College. He played the Sheriff; I played a con man called 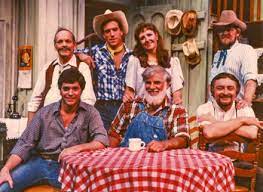 Starbuck. I also sang with a group of men who rehearsed just down the street called The Chorus of the Chesapeake, which went on to become international champions in the strange world of barbershop music. And not so long ago, I did a dirty job at the McShane Bell Company. It was Henry McShane, who immigrated to Baltimore from Dundalk, Ireland, hundreds of years ago, who gave the place its name. Point being, I was already awash in nostalgia when 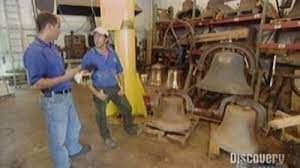 Nancy greeted me at Drug City, with the thickest Dundalk accent imaginable.

Nancy hugged me before I could answer. Not a polite, restrained, “getting-to-know-you-hug,” but one of those “haven’t-seen-your-best-friend-in-twenty-years-hug.” We were separated by Aric and Whiskey Mike, who told me that Nancy was their star employee, and a big fan of Dirty Jobs. (Whiskey Mike is the tall one with the beard. Aric is the Irish one who spells his name funny.) I told them I’d be happy to sign whatever Knobel bottles they had purchased, and they were 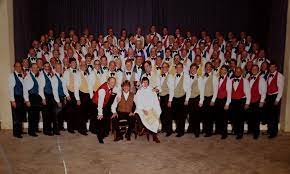 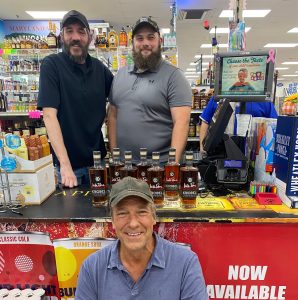 As I lingered at the front of the store, signing my name on my grandfather’s whiskey, I watched as Nancy sold a bottle to everyone who walked in. She was a marvel. I’d like to think it was me and my winning smile, but I’m pretty sure it was Nancy and her purple hair, hawking each bottle like Joan Rivers used to sell her jewelry on QVC.

“Hey hon! Look here! A genuine bottle of Tennessee Whiskey, signed by the Dirty Jobs man himself! How many do you want, hon!”

When the bottles were all signed, Whiskey Mike said, “How about a tour?” 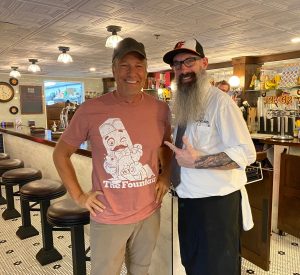 “Why not? I’ve never had a tour of a drugstore before.”

It’s hard to say exactly what Drug City Pharmacy is, in much the same way it’s hard to sum up a woman like Nancy or a place like Dundalk. It’s part pharmacy, part ice cream parlor, part liquor store, part private tasting room. The only place I know of where you can get a flu shot, followed by a whiskey shot.

I met a guy named Chuck, who runs The Fountain Ice Cream Parlor in the back of Drug City. Along with ice cream, Chuck sells thick sandwiches, extraordinary crab cakes, excellent whiskey, and tee-shirts. Chuck gave me a pink one, and I donned it in the dining room. No one seemed to mind.

Whiskey Mike then led us upstairs to a tasting room, where private events are hosted. We then commenced to tasting, which I suppose is the only sensible thing to do in a tasting room. There were many fine and rare spirits to sample, and after twenty minutes or so, it became clear that Whiskey Mike had forgotten more about whiskey than I would ever hope to know. And, like most Dundalk men, he’s not inclined to bullshit. So, I asked him straight up. 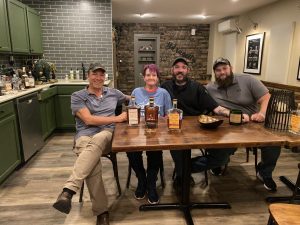 “What do you think of Knobel? How does it hold up?”

“Well, to be honest,” he said, “I’m not a big fan of Tennessee whiskey overall. And when I heard that you were coming out with one, I was really hoping it wouldn’t suck.”

“It doesn’t suck, Mike. In fact, it’s really, really good. In fact, I ordered an extra case, because I’d be happy to drink it myself if it didn’t sell.”

Well, thanks to Nancy, Whiskey Mike had nothing to worry about. Drug City sold out of their entire inventory of Knobel before I left. On the way out, Whiskey Mike said he was ordering more. If you swing by for a bottle, tell him I said hello.

And give Nancy a hug for me…

Mike’s Facebook Page
Only in Baltimore (Part3C)
Regarding the proof requested in 3B, and the existence of “Whiskey Mike.” This one is better…