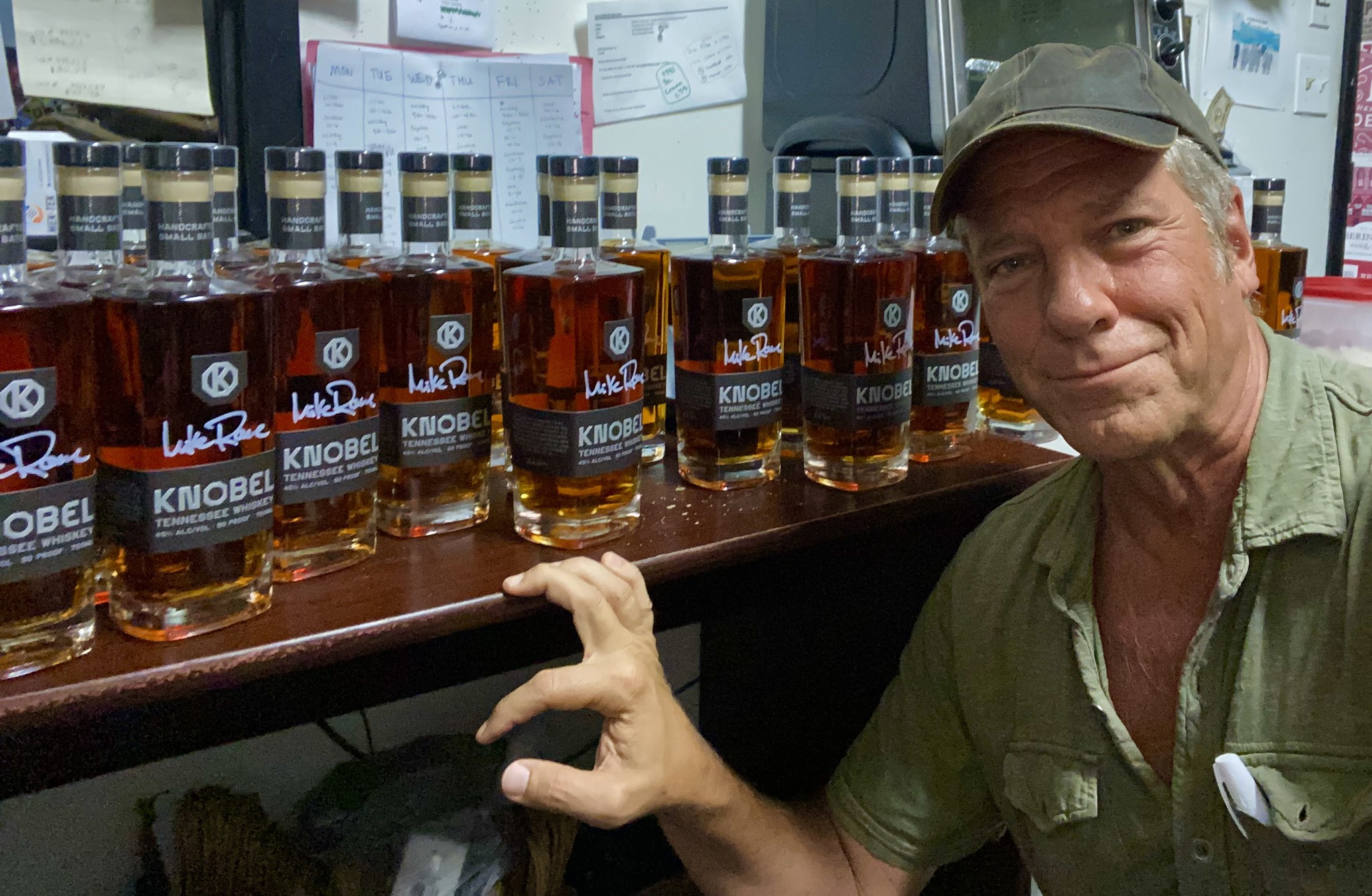 This is weirdly satisfying. I’m still here, driving around my hometown, dropping in on the people who bought a case or two of my grandfather’s whiskey to see if they liked it. I’m pleased to report they do!
Saturday, shortly after I met Liz at Harborview, (see Only in Baltimore, Part 1), I hit Grape & Grain Wine & Spirits off Ebenezer Road, not far from where I grew up. There, I met a couple Marines who run the operation, and was flattered to learn they had purchased two cases of Knobel because they both grew up watching Dirty Jobs with Mike Rowe, a TV show inspired by my pop, Carl Knobel. 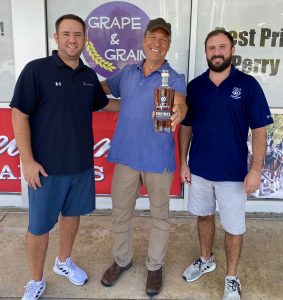 Shawn and Bruce are childhood buddies who enlisted in the Corps shortly after 9/11. Bruce nearly got blown up in Ramadi, a week after he arrived in 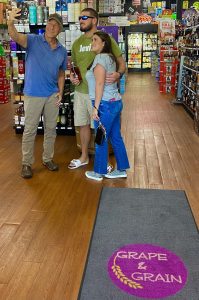 country. Thankfully, he lived to tell the tale. I didn’t have a chance to talk too much with Sean, because he was busy ringing up customers who were nice enough to buy all of the bottles they had initially purchased, moments after I signed them. After I left their store, the distributor called me and said the guys at Grape & Grain had just purchased five more cases. That struck me as kind of extraordinary. So, I called the store and asked Bruce if I could come back today and sign the new arrivals.
“Hell, yeah!”
“Are the bottles already there,” I said?
“Yep. Just unpacked them. They’re lined up on the counter in my office. I was just about to put them on the shelf.”
“Standby,” I said. “I’ll be there in a couple hours.”
I’d have been there faster, but my folks live in a retirement community just around the corner, and my dad was making a 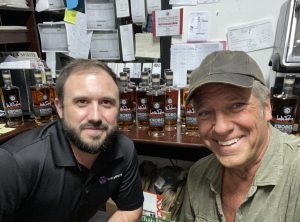 candle holder in his woodshop class, and then competing in a high-stakes bocce ball tournament. I wanted to bear witness to both, and I’m glad I did. The woodworking was excellent, and the bocce tournament a triumph.

Afterwards, I returned to Grape & Grain, and sure enough, Bruce had thirty bottles of five-year old Knobel on the counter in his office, glowing softly in the afternoon light. I was honored to sign them as we chatted about his service, our country, the challenges of running a small 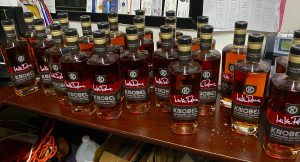 business, and the finer points of sipping Tennessee Whiskey.
The bottles are now on the shelf.
I have no idea how long they’ll remain there.
Semper Fi, Gentlemen, and thanks.