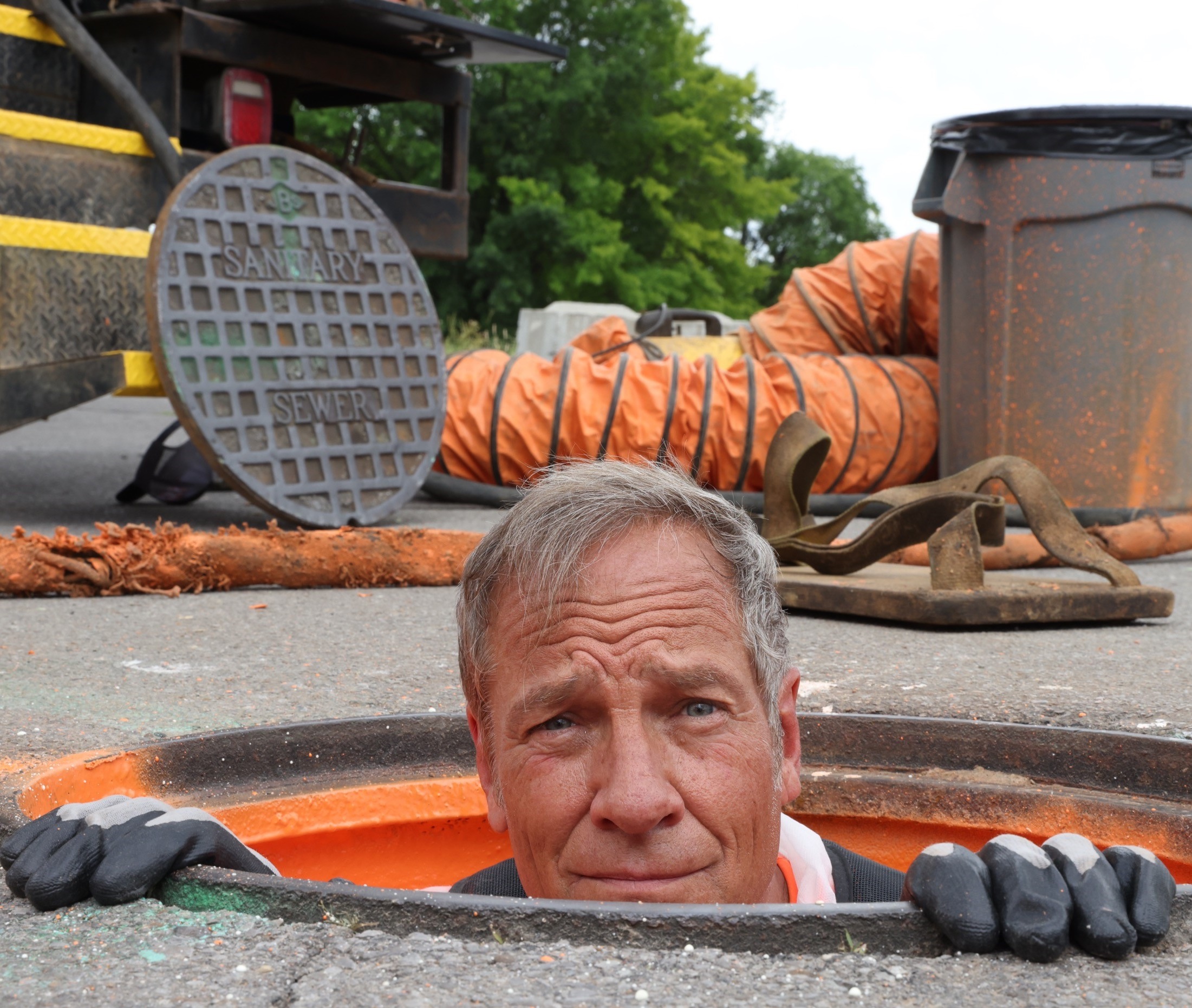 Your sister-in-law is correct – Fox News is airing a special about the unlikely writing career of Peggy Rowe. It’s called America’s Grandmother, and bias aside, it’s terrific. Lots of interviews with friends and family, and lots of stories her fans have never heard before. It premieres on Sunday, August 21st, at 10pm.

As for your sister-in-law, we’ve never met. At least, not to my knowledge. She must have signed up to receive a periodic newsletter from me. I’ve attached the most recent example, which went out a few days ago. It announces my mother’s special, along with a few other things you might find relevant. I send out these newsletters because Facebook – while a fine place to share content – is a very unreliable way to stay in touch. For instance, less than 10% of the six million people who follow this page – (probably a lot less than 10%) – will actually see this post. Thus, I’ve invited anyone who wants to stay up-to-date on all things me to join a mailing list. You should sign up, Rhonda. It’s a fine way to keep up with your sister-in-law. Just go to mikerowe.com, scroll to the bottom of the page, and give me your email. On behalf of America’s Grandmother, I promise not to sell it, abuse it, overuse it, or send you inappropriate photos. (You have to pay for those.) 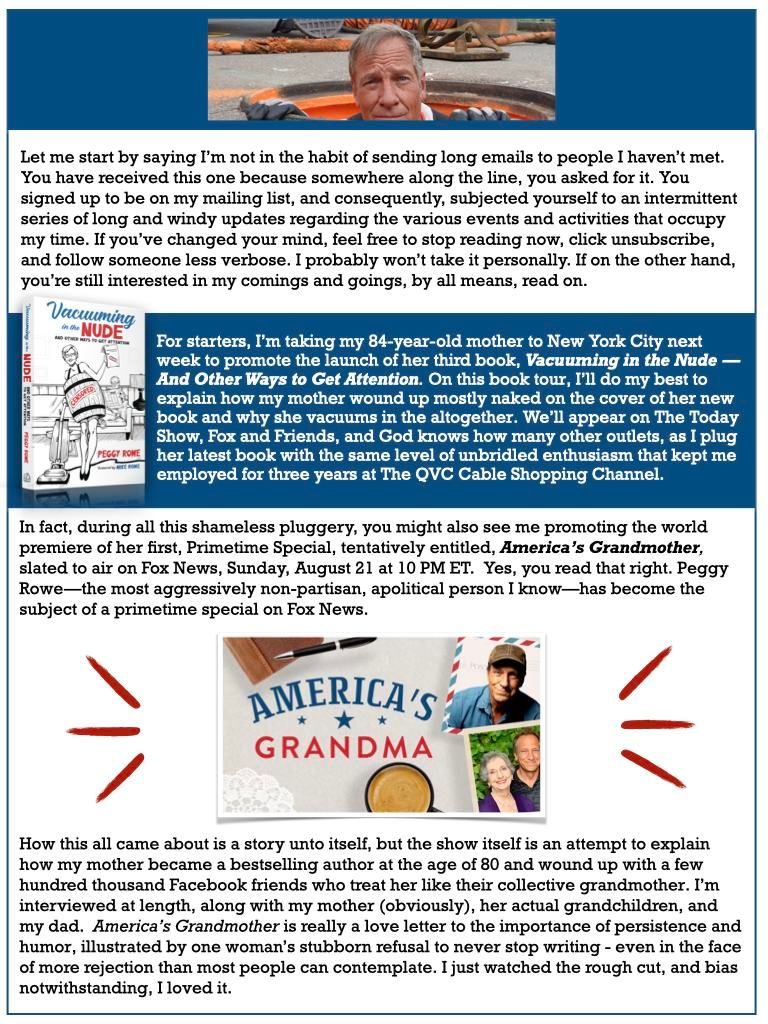 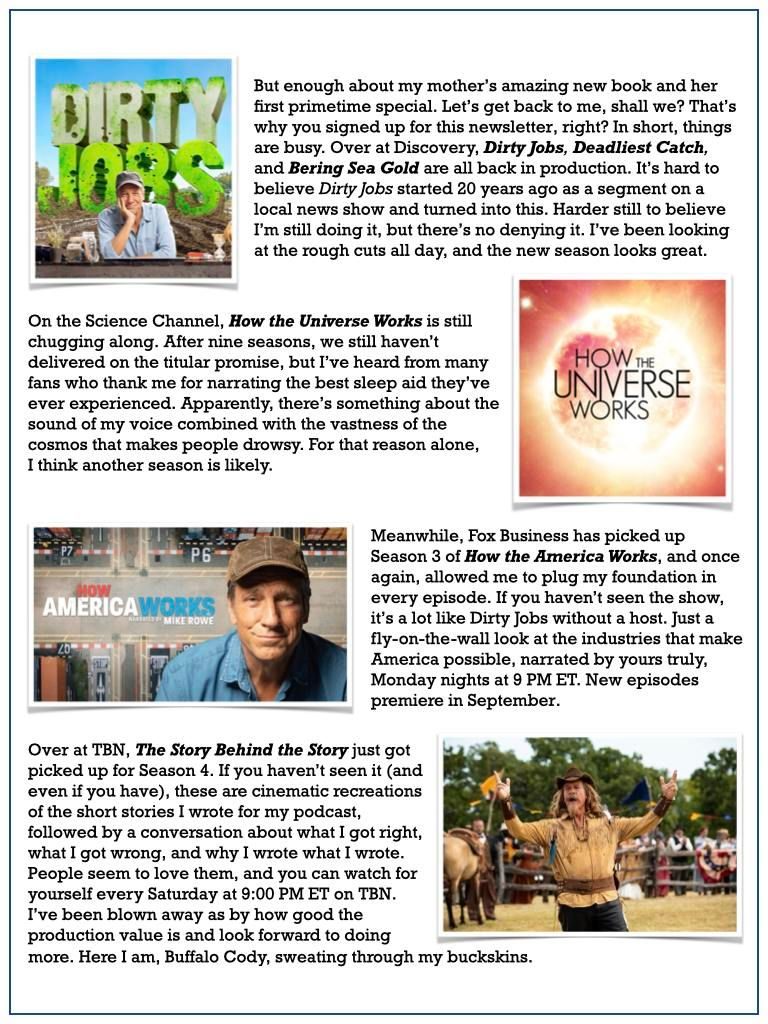 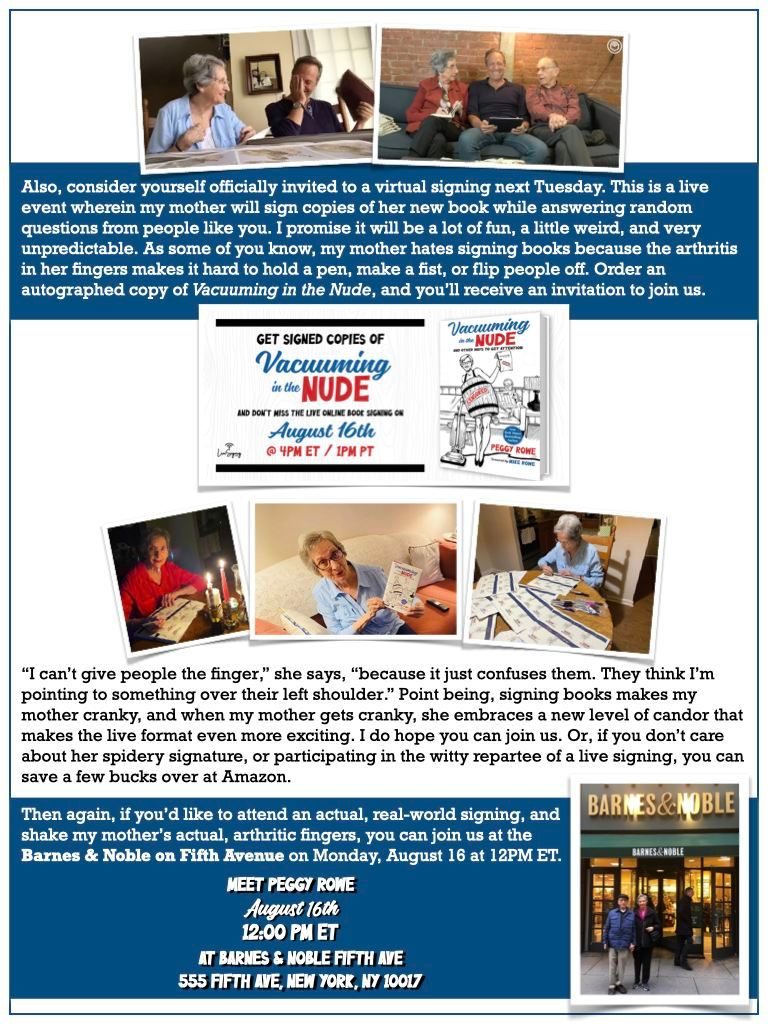