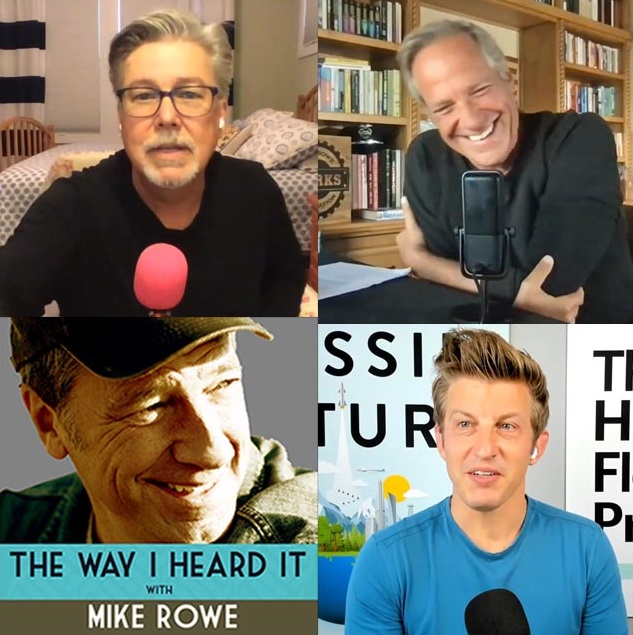 As you may have heard, the population of the world is about to eclipse 8 billion people. Bill Maher thinks this is cause for alarm. Two weeks ago on Real Time, Bill made the case for allowing the world’s population to collapse. He argued that our planet’s resources are finite, and that we are already incapable of supporting the current number of humans coming into the world. He is also concerned—very concerned—that our reliance on fossil fuels is destroying the planet, and that adding more and more people to the mix is only making it worse. If you haven’t seen it, it’s worth a look. https://bit.ly/3SGePHK Not because he’s correct, necessarily, but because his argument seems very reasonable, and a lot of people share his view. A lot of people today genuinely believe that the key to a better future is to have fewer people on the planet, and a lot of people genuinely believe that the key to saving the climate and our species requires us to abandon fossil fuels.

My guest this week is Alex Epstein, founder of the Center of Industrial Progress, and author Fossil Future: Why Global Human Flourishing Requires More Oil, Coal, and Natural Gas—Not Less. If you like books that live up to their titles, this is a book for you. Alex is an energy expert who disagrees with a lot of other energy experts. (Don’t you love it when experts disagree?) Alex believes that our planet has all the necessary resources to support all of the people on it, and then some. He also believes that the planet is warming, and that our reliance on fossil fuels is partly to blame. He is by no means a “climate change denier”, but he does NOT believe that fossil fuels should be limited or replaced by alternatives. Far from it. Alex believes that oil, coal, and natural gas are the best hope for human flourishing and that their actual impact on the climate can only be properly evaluated if we first understand their overall impact on humanity. Alex argues that context and perspective are critical and conspicuously absent from the current debate, and his book does a great job of providing both.

After Bill Maher’s monologue, I couldn’t help but wish that Alex Epstein had been given a chance to respond. I think the two of them would have had a lively debate on a really important topic that affects all of us. Then, I noticed a tweet from Alex asking Bill to invite him on the show for that very purpose. Bill Maher hasn’t responded, and I don’t expect he will. So, I invited Alex on to The Way I Heard It to talk about why he believes Bill Maher is mistaken, and why he and so many others should reconsider a future where fossil fuels are not the enemy, but rather, the solution to human flourishing.

I found our conversation fascinating.