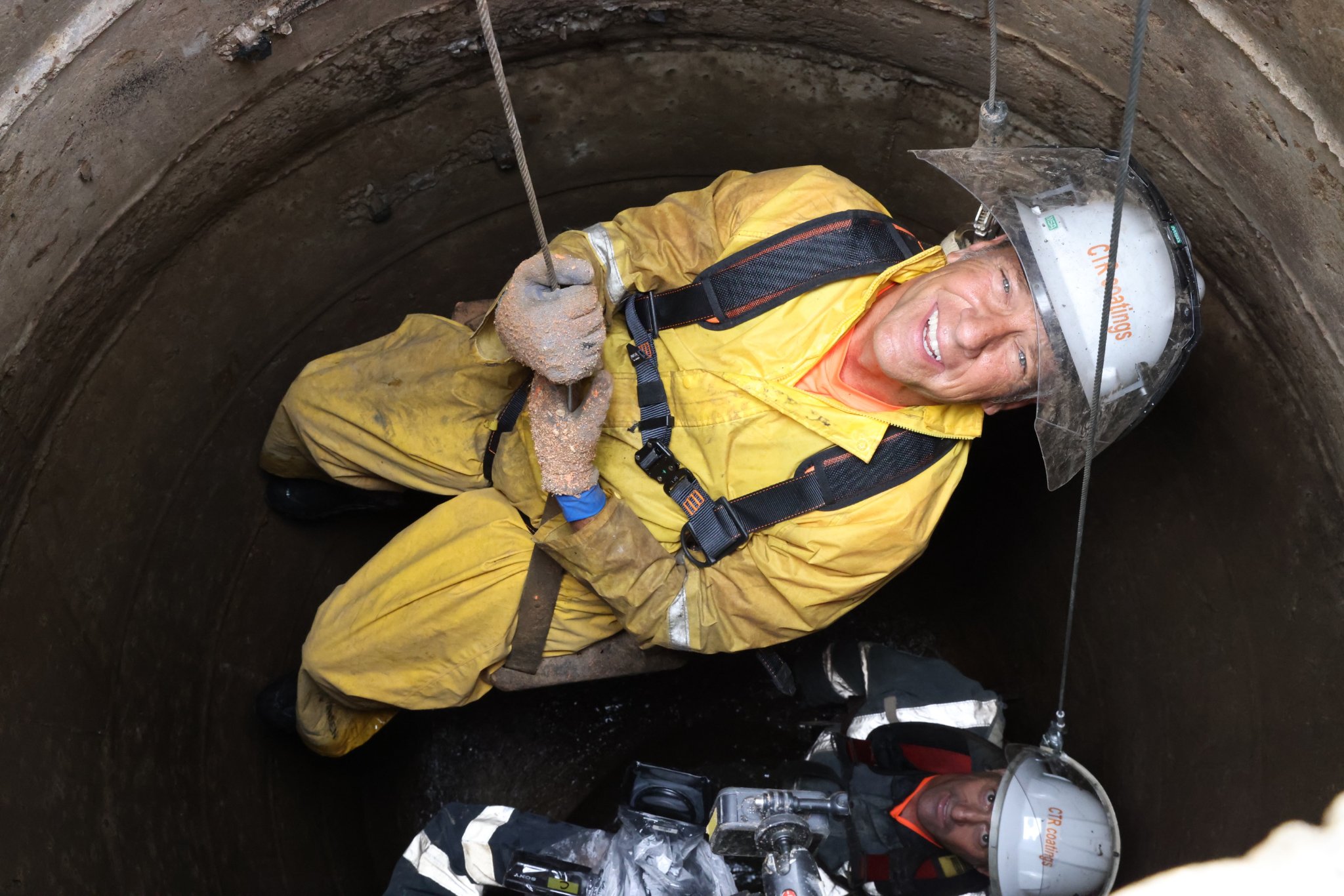 Hi Mike. I saw you in Tennessee a few months ago. You were in a McDonald’s parking lot in Murfreesboro, preparing to enter a manhole. I was in the drive-through lane. My wife was in the passenger seat. She’s the one who yelled, “We love you Mike Rowe,” as you were being lowered into the hole. You gave her a thumbs-up and yelled back, “order me some fries!” Well, we did, but by the time we got through the line, you were underground, doing something disgusting. So we gave the fries to one of your production people, who promised to give them to you when you emerged from the sewer. Two questions:
1. Did you get the fries?
2. Why are you still doing Dirty Jobs? Don’t get me wrong – I love that you’re still at it. I watched every episode growing up with my dad, and now I’m watching them all again with my son. But according to google, you’re 60 years old now…So, if you don’t mind me asking, why are you still crawling down manholes?
Jason Carroll
Hi Jason
First, I no longer crawl down manholes. As you observed, I am now lowered into them. Big difference. Second, nobody on my crew is capable of receiving a packet of McDonald’s French fries and not scarfing them down like the ravenous wolverines they are. So, no. I didn’t get them. Until now, I didn’t even know you dropped them off. Next time, just drop them straight into the sewer, or wherever I happen to be working. Trust me, I can eat anywhere. 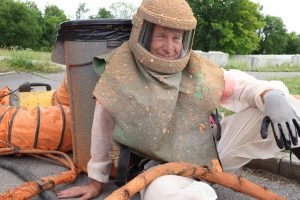 As for the meatier part of your query, there are several reasons I agreed to reboot Dirty Jobs, despite my encroaching dotage. The main reasons are a) a lot of people asked for it, b) hit shows are had to come by, and c) I like to work. The old episodes still air a lot and include an invitation at the end of every show for fans to suggest my next filthy adventure. During the lockdowns, I got hundreds of suggestions every week from people who didn’t know the show was out of production. I also heard from lots of young people who had discovered the show in reruns for the first time, and thought it was new thing. So, I knew the audience was there, and I felt like the country might be ready to join me for another romp through the sewer.

But there was another reason. As you might know, my foundation – mikeroweWORKS – evolved out of Dirty Jobs back in 2008, and grown consistently ever since. In fact, we’re having our best year so far. Later today, we’ll award $1.5 million in work ethic scholarships to 250 individuals, all of whom will get the training they need to master a skilled trade. None of that would have happened without Dirty Jobs, and frankly, no other show has ever been more simpatico with the goals of a foundation, than Dirty Job is with mikeroweWORKS. Consider the manhole you saw me enter a few months ago in that McDonald’s parking lot in Tennessee, and the people therein.

My boss that day was a guy named Troy Reed. Troy and his wife, Charlotte, run CTR Coatings. Essentially, CRT is in the business of “rehabilitating” manholes with a series of foam and polyurea coatings that harden into something much tougher than brick and mortar. As a result of their work, the life of a rehabilitated manhole is extended by fifty years – sometimes more. With their sons Shane and Andrew working alongside them, Troy and Charlotte have more work than they can possibly accomplish, a level of job security that most other entrepreneurs can only envy, and the satisfaction that comes with doing something that improves the lives of many.

The Reed’s embody the kind of work ethic my foundation tries to encourage, and make a great living doing the kind of work I’m concerned with promoting. Jobs that require real skill, real grit, and a genuine willingness to get dirty. So, the question isn’t “Why would I reboot Dirty Jobs?” The question is, “Why wouldn’t I?” It’s a fun show to shoot, a fun show to watch, and a great way to 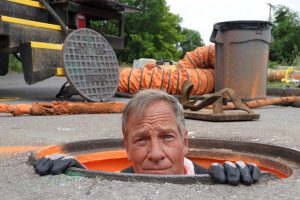 remind people that mikeroweWORKS is standing by to help those who wish to master a skill get the training they need. I’ll be back later today or tomorrow, with a list of this year’s work ethic scholarship recipients. Till then…

Thanks for the fries!