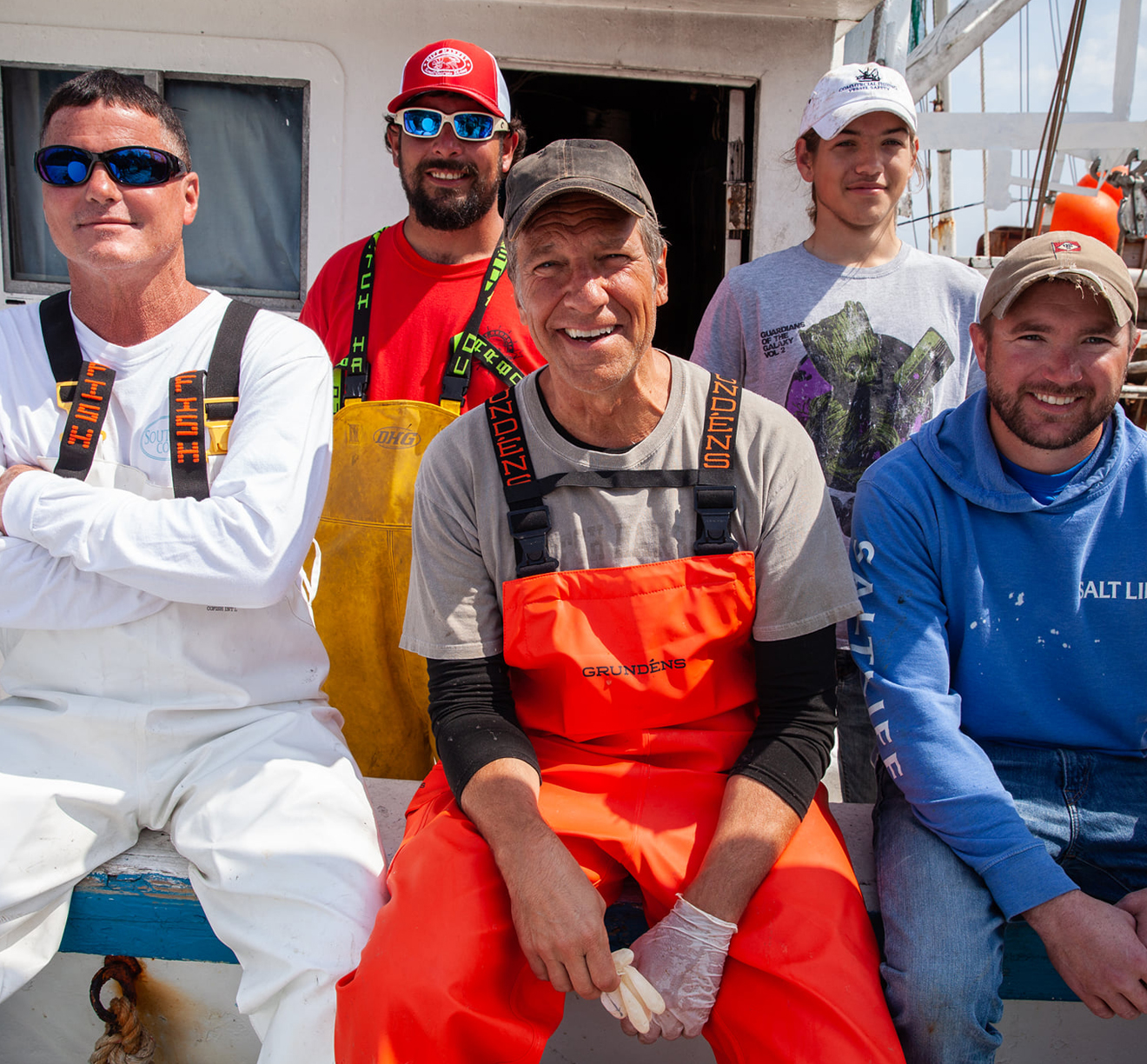 Mike – Ten years later, and it’s like you never stopped. Don’t get me wrong – I see a little more grey hair, and maybe an extra wrinkle or two. But the attitude. The smart aleck quips. The willingness to get in there and roll up your sleeves and do the work. And the laughter! Thank you so much for bringing Dirty Jobs back. This is the show our country needs right now. The Jellyball guys were epic. The epoxy crew were awesome. Randy’s scrotum was terrifying and unforgettable. Great show. Marc Rose

The thing that struck me about last night’s show – above and beyond the charm of snot-filled jelly balls and the horror of Randy’s unfortunate scrotum – was the difficulty that both companies face when it comes to recruiting young workers. Like the farming business, the fishing industry would not exist without the sons of fishermen following in their father’s footsteps. This seems to be the case in every fishery I’ve ever worked in – including the crabbers in the Bering Sea. More often than not, it’s a family affair. It has to be, because too few on the outside have what it takes work the way Mike Boone and his crew do, every single day. 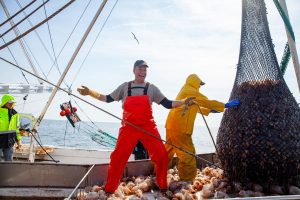 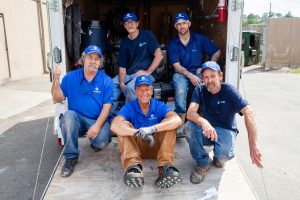 The epoxy guys are similar. The only guy on the crew who was under 60, was Junior – Randy’s son. There’s real money to made in both of these industries, the work is bountiful, and the opportunities to advance are endless. And yet, both industries are struggling mightily to recruit younger workers. It’s a sign of the times, I’m afraid. And this was ten months ago. Nearly a year and half before 4.5 million people quit their jobs in a single month.

It’s worth noting, I think, that during a time when 11 million jobs are currently open, these men never stopped. Not because someone told them they were “essential.” They already knew that. No, these men kept working, because working is what they do, come hell or high water.

Thanks, one and all.

PS. The jelly ball segment was the first dirty job I’ve filmed since 2012, and it was a rough reentry. The call time was 3 am. I had flown east the night before and fell asleep around 1:30 am. When the alarm went off an hour later, it occurred to me that I had made a terrible mistake. But now, ten months later, I couldn’t be more proud of our decision to move forward with a reboot of this show. Once again, the headlines have caught up to the themes of Dirty Jobs, and I hope the country will benefit from another look at those who have prospered by learning a skill that’s in demand, and putting those skills to work.

PPS. At the time we filmed this – March of 2021 – many on this page were highly critical of my decision to film a TV show when so much of the country was still locked down. Some still are. Just yesterday, I was accused of taking “unnecessary risks,” and “needlessly jeopardizing the safety of my crew to deliver a TV show that simply didn’t need to be produced.” Those people were wrong then, and they are wrong today. Covid was never going to be “defeated” by hunkering down and waiting for the “all clear.” America doesn’t work without work. My crew, and the people featured on this program understood that. What a privilege to be in their company.