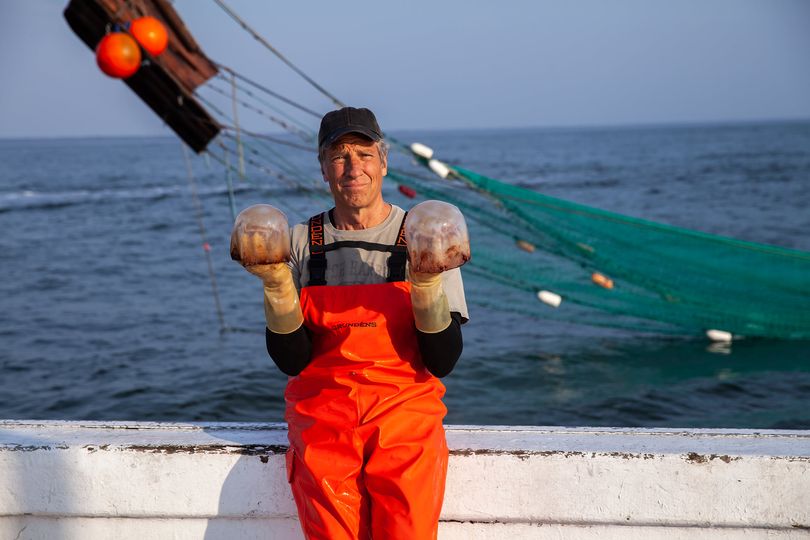 Mike, I’m passing this along from your father. I know you get hundreds of these every day, but if you could spare two or three sentences, I’m sure you could have an impact. You could send it back to me, and I will send it to dad’s friend. The boy’s name is Hunter. Thanks, Mom.

I have a grandson who has a Bachelor of Arts and Sciences from San Diego State University with a degree in Theatre Arts. He has been doing performing arts since he was little. He is at present finishing a Christmas Show at Lego Land in Carlsbad and will return to school for a master’s degree in teaching. I wonder if your son Mike would talk to him and give him advice? Thank you in advance and Happy New Years. Will see you at the book club.

Mike Rowe here, son of John, who is apparently a friend of Jerry’s, who I believe you know as “Grandpa.” The note above was forwarded to me by my mother, who seems to believe I can offer you some useful advice in “two or three sentences.” Honestly, I don’t know why my mother would assume such a thing. As she well knows, it takes me two or three sentences just to say hello. She also knows that I’m not very good at taking advice, and even worse at giving it. But, since I am once again strapped into an aluminum tube approaching speeds of 600 miles and hour with nothing better to do, I’ll tell you what I think, in slightly more than three sentences.

Obviously, I don’t know you. But even if I did, I’d be very careful about advising you to do anything other than read a lot, exercise some, avoid sugar, be grateful, stay curious, always consider every option, and never borrow money needlessly. I have no opinion on how you should make a living or which direction you should choose, not merely because I don’t know you, but also because I believe that job satisfaction has less to do with the job, and more to do with the jobber. If this were not the case, all teachers would be equally happy, or miserable. As would all performers. And that is clearly not the case.

To belabor the point unnecessarily, it occurs to me that one of the great problems plaguing our nation right now is the amount of cookie-cutter advice being tossed about by public figures who seem to believe their proclamations are relevant to millions of people they’ve never even met. Why for instance, do Lady Gaga and Beyonce – usually after winning Grammy Awards – always encourage their fans to “follow their dreams” and never quit, without knowing if the people they were talking to have any talent? Do they really suppose that persistence alone got them to the top of the charts? Staying the course only makes sense if you’re skills match up with your ambition, but even then, how do rock stars and athletes and celebrities know if the thing that worked for them will work for someone else? Have they not learned that just because you’re passionate about something, doesn’t mean you can’t suck at it?

For years, my standard reaction to anyone who asked me for advice concerning a career in show business was to affirmatively discourage them. It didn’t matter how much talent they had, or how much passion, drive, or ambition. I told anyone who asked me about making money in entertainment to do themselves a favor and find another way to make a buck.

I said this, Hunter, not because I believed it – Fact is, I love my career, and I’ve done well in my chosen field. No, I used to say this because I believed that anyone who could be so easily talked out of a career in show business by the likes of me, would never survive the relentless rejection that awaited them. Today, I don’t do that anymore because, well…people started taking my advice. I realized that as I became more successful, people started to take my words more seriously. And the truth is, that’s unnerving. Bottom line, I have no idea if you’ll be happier as a performer or as teacher. Likewise, I have no idea if you would benefit more from an encouraging word, or a discouraging word. And so, I now limit my advice to what I mentioned above – read a lot, exercise some, avoid sugar, be grateful, stay curious, always consider every option, and never borrow money needlessly.

To belabor the point a bit further, and to further mock my mother’s three sentence solution, I’m reminded of the time a couple years ago on this page, when I caught all kinds of hell for refusing to participate in a Hollywood PSA to “Rock the Vote.” The organizers were baffled by my reticence.

“You could have a real impact,” they said.

“An impact on what?” I asked. “A big turnout? Or a favorable result?”

At this point, the conversation went off the rails, but the fundamental question remained. Why in the world would anyone who believes that elections have serious consequences – as I do – encourage millions of potentially unserious people to cast a ballot? It’s a fact that many people in this country can’t pass a basic citizenship test. Why would I encourage such people to vote? If I believe the consequences of elections are transformational – as I do – why would I encourage anyone to vote if I didn’t know they shared my beliefs about what makes America an exceptional place?

“Because it’s their right!” I was told. “And because people fought and died to give them that right!”

“True,” I said. “It is their right. And I would never try to keep anyone from exercising that right. But why should I encourage people I don’t know to do something so consequential? Because they’re eligible? These same Americans are also eligible to march in a protest. That too, is an important right. But should I encourage them to exercise that right, without knowing the nature of the protest they’re attending? I respect the right of the KKK and Antifa to assemble, but why would I encourage them to do so if I don’t care for their worldview? Many of these same Americans are also eligible to own a firearm. That, too, is a right that was fought for. Should I encourage millions of strangers to purchase a gun on that basis alone? As a gun owner myself, I would prefer it if only responsible, law-abiding citizens exercised that right. Is a vote less consequential than a firearm? Is an uninformed voter less dangerous than an untrained gun owner?”

As you may know, Hunter, I run a foundation that awards work ethic scholarships to people who wish to attend a trade school. It’s called mikeroweWORKS, and every year, we award a million dollars in scholarships to people who wish to learn a trade. I don’t do this because I believe everyone should learn a trade. I do it because for decades, we’ve been pushing an entire generation to get a college degree. Worse, we’ve been telling people who don’t pursue a degree, that they’re probably going to wind up stuck doing something “beneath” them. And in most cases, that “something” is a skilled trade.

I strongly believe a lot of people who borrowed a lot of money to get an expensive diploma would have been much better off learning a skilled trade. I have no idea if you are among them, but should you ever decide to explore those opportunities, feel free to apply. As for your current situation, I don’t know if you should teach school or perform. I can tell you that my dad did both for nearly 30 years, so your decision may not be as binary as you think. I can also tell you that having a grandfather who loves you is a truly wonderful thing.

That’s all I got.

PS If I didn’t mention it, read a lot, exercise some, avoid sugar, be grateful, stay curious, always consider every option, and never borrow money needlessly.

PPS For further elucidation, check out this week’s episode of Dirty Jobs, Sunday at 8pm on Discovery. There are some things to be learned from a fourth-generation fisher of jelly balls….