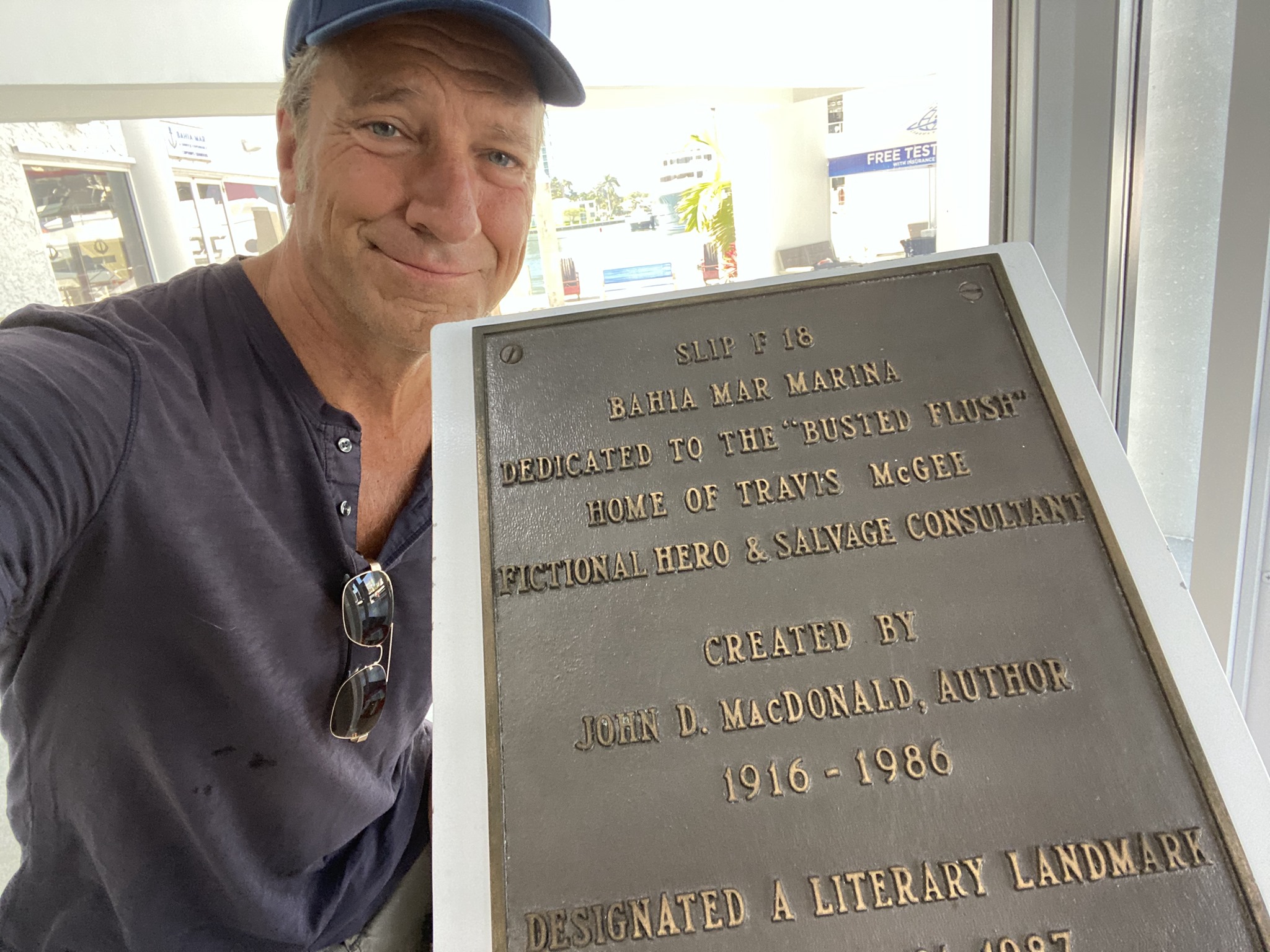 I went in search of coffee this morning, outside my hotel in Ft. Lauderdale when I saw a sign in the distance that caught my eye. It was on the side of a hotel about a mile away. The sign read, Bahia Mar. As some of you might know, Bahia Mar was home to Travis McGee. Specifically, Slip F-18 in the Bahia Mar Marina, where McGee once lived on his beloved houseboat, The Busted Flush, which he won in a poker game back in the early sixties.

Travis McGee called himself a “salvage consultant,” and from time to time, he made a few bucks assisting in the recovery of various items aboard ships that had sunk in the Gulf. Mostly though, he helped people recover that which had been stolen or swindled from them by crooks and conmen. For his trouble, which was always considerable, McGee kept 50% of whatever he was able to “salvage” as a fee. He was a true “knight errant,” in the style of Paladin and Quixote, dreamed up by an ingenious writer named John D. MacDonald, who wrote 22 terrific tales of classic pulp fiction around this unforgettable character. 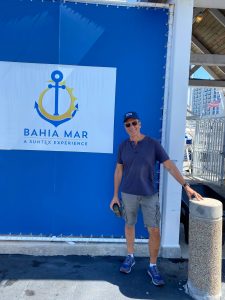 I talk about McGee on my podcast and write about him in my book, because for a fictitious character, the guy had a real effect on me. For one thing, my taste in gin was inspired by his – Plymouth, when available, or Boodles, when it isn’t. Also, my old business model, to the extent that I had one, was based loosely on his. In particular, his belief that retirement should be taken early and in frequent installments. For McGee, work was a thing to do when the funds ran low. Once upon a time, that approach to living and paying the bills appealed to me greatly, and for a while, I thought of Travis McGee as my friend. I guess I still do.

Anyway, I didn’t realize I was just up the road from McGee’s former home, and decided to enjoy my coffee on foot, as I walked down the beach toward the Marina at Bahia Mar, to see if Slip F-18 still exists. Alas, it does not. According to the Harbor Master, it never did. However, based on MacDonald’s meticulous description of the Marina, he told me the Busted Flush would have been moored closest to what is now called Slip F-618, which I eventually found. The slip was unoccupied, but it wasn’t hard to stand there on the dock and imagine the old houseboat tied up right there, with McGee sitting topside, enjoying his Boodles and tonic while 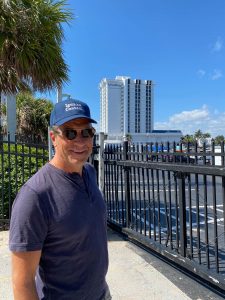 waiting for the next hard luck case to wander down the docks from parts unknown, looking for his unique brand of assistance.

Obviously, I would have preferred to see The Busted Flush as I remembered her, snuggled into Slip F-18 in all her sybaritic glory. But I settled for this nearby plaque instead. A bronze plaque dedicated to an unforgettable character, his imaginary houseboat, and the empty slip it once occupied – now designated a literary landmark.

Proving once again that sometimes, home can feel like a place that never really existed, filled with good friends that live only in our imagination.
Mike’s Facebook Page