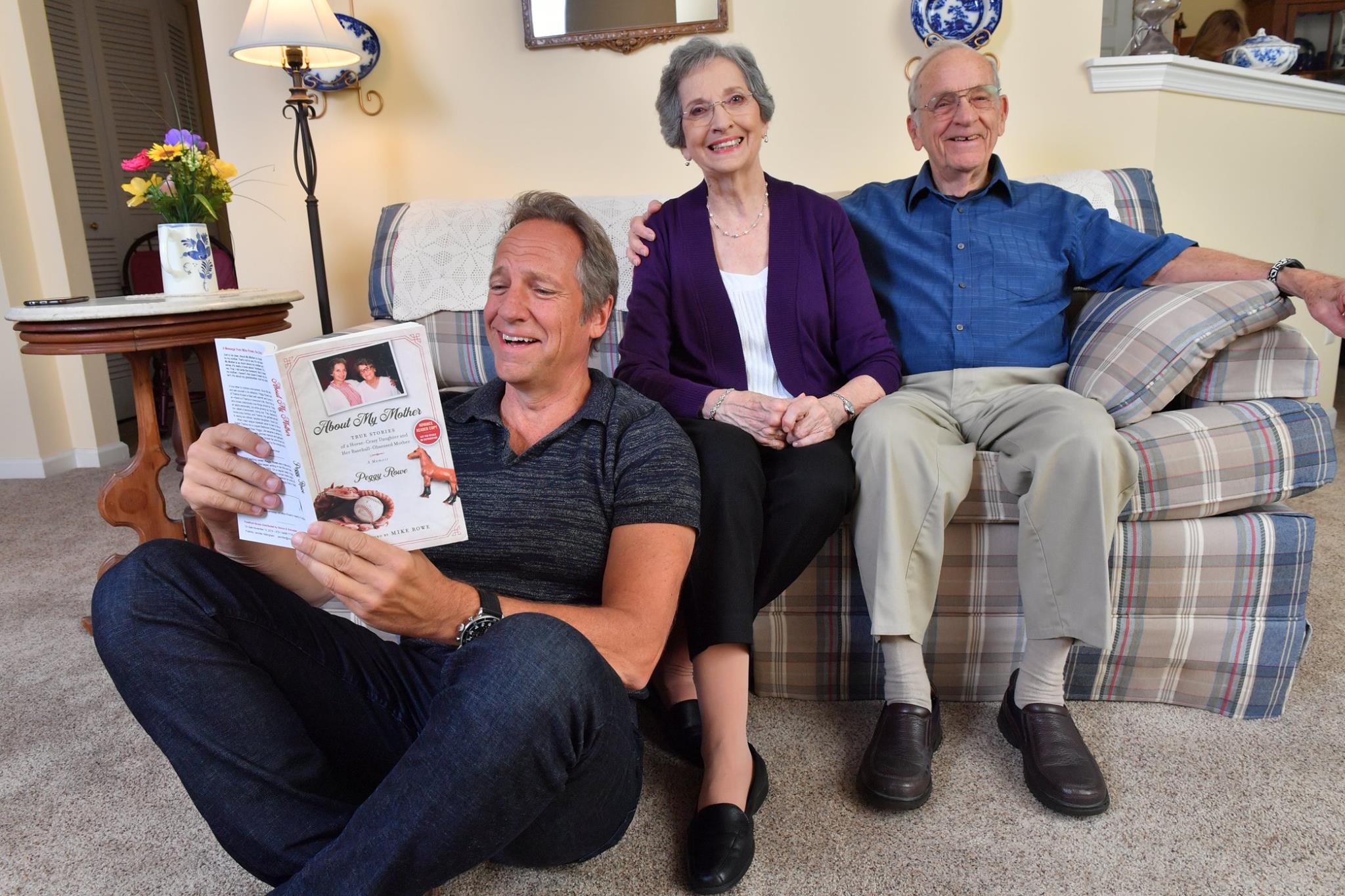 It’s hard to know for sure, but it seems unlikely that my mother would have ever become a bestselling author without the encouragement of a woman she never met – Erma Bombeck.

Growing up, Erma’s books could always be found lying around our house. In the kitchen, the bedroom, on the porch, and yes, even in the bathroom, where my father says she once read “The Grass is Always Greener Over the Septic Tank” in a single sitting.

“You know, John, I do believe that our family is every bit as dysfunctional as Erma’s. Maybe I should write a book?”

Over the decades, my mother learned the answer to that question was “pretty damn hard.” Not because there was any shortage of “material” in her life, and not because of a lack of talent. My mom has plenty of both. What she lacked back in 1980, was the belief that she could actually do it. It just seemed so impossibly difficult. Not just the business of writing good stories, but the business of getting a publisher to read them. Or an agent. Or a friend, even. My mom had no support system back then. No class, no workshop, no one to say, “no, not like that…like this.” Just my Dad, who read everything she wrote out loud during dinner, a nightly ritual which kept my brothers and me entertained, but did little to attract a publisher.

“Well I should hope so,” my father said. “He’s just a guy walking down the sidewalk talking to a camera, pretending to be smarter than he is. How hard can it be?”

Again, Dad was correct about the basic skills required of a TV Host – skills that I clearly possessed. But, like my mother, I had no idea how to apply those skills. It just seemed so impossibly difficult. Not the business of walking and talking and pretending to be smarter than I really am, but the business of assembling a demo tape, and finding an agent, and getting experience in front of a camera. But, the more I watched Jeff Pylant, the more certain I became that I could do his job. So, when I told my parents I wanted to become a famous television personality, and study broadcasting at the local community college, my parents gave me the encouragement I needed, each in their own way.

“Of course,” said my mother. “Take some time to find out what you want to do. You’ve got your whole life ahead of you.”

“Why not?” said my father. “You’ve got to do something with your life, and you’re not getting any younger.”

My parents could have pushed me toward a four-year university. I know they would have preferred that. Preferably, Towson University, the one they both attended. Instead, my father paid my tuition, but insisted that I get a part-time and start paying him rent. So I got a job selling magazines over the telephone, which to my horror, I turned out to be good at, and settled into my parent’s basement while studying broadcasting, theater and music at Essex Community College. Meanwhile, my mother kept reading Erma Bombeck, and writing her own short stories, which my father continued to read during dinner, as I watched Jeff Pylant do the job I thought I could do.

I thought about those days just a few days ago, when I participated in a virtual Q&A session at the annual Erma Bombeck Writers Workshop, where hundreds of aspiring authors gathered to listen and learn from the keynote speaker – the 82-year old New York Times best-selling author whose overnight success came just forty years after my father encouraged her to write a book.

How exactly does this happen?

How exactly did my mother, an aspiring writer who idolizes Erma Bombeck, wind up speaking at an annual writer’s conference named after the very same Erma Bombeck? For that matter, how did her son wind up hosting Evening Magazine in San Francisco, 25 years after his father wondered aloud, “How hard can it be?”

The answers to those questions are long and strange and laugh out loud funny, and if my mother doesn’t write about them, I will. But the short version is this – encouragement. My mother and I wound up at the Erma Workshop, because we were both encouraged along the way by a man who loved us, by friends who liked us, and by strangers who found us mildly interesting.

I remember the day when my mother first learned about the Erma Writer’s Workshop. She was in her mid-seventies, and determined to attend. My Dad drove her to Dayton, Ohio, and when she returned, having spent several days with hundreds of other aspiring writers, she was encouraged. Profoundly encouraged. (She was also profoundly corrupted, but that’s another story.) The point of this one, is to tell you just how amazing it was to sit beside my mom after all these years, with three thousand miles between us, and watch her encourage other aspiring writers today. To tell them that it’s never too late, and to believe it, with every fiber of her being.

As I listened to my mother, I recalled something else my Dad did, back when he was charging me room and board in the early eighties. Unbeknownst to me, as I prepared myself for a career in television, my father had opened a bank account in my name, where he deposited my monthly rent checks for several years. Thus, when I finally left his basement to practice my chosen trade, he sent me off with a check for few grand – money he had tricked me into saving.

“Go get famous,” he told me, “but don’t be all day about it. You’re not getting any younger.”

Sometimes, an encouraging word is all you need.

But, if I’m being honest, a few grand never hurts…

Thanks Mom. Thanks Dad.

Now, back to work!