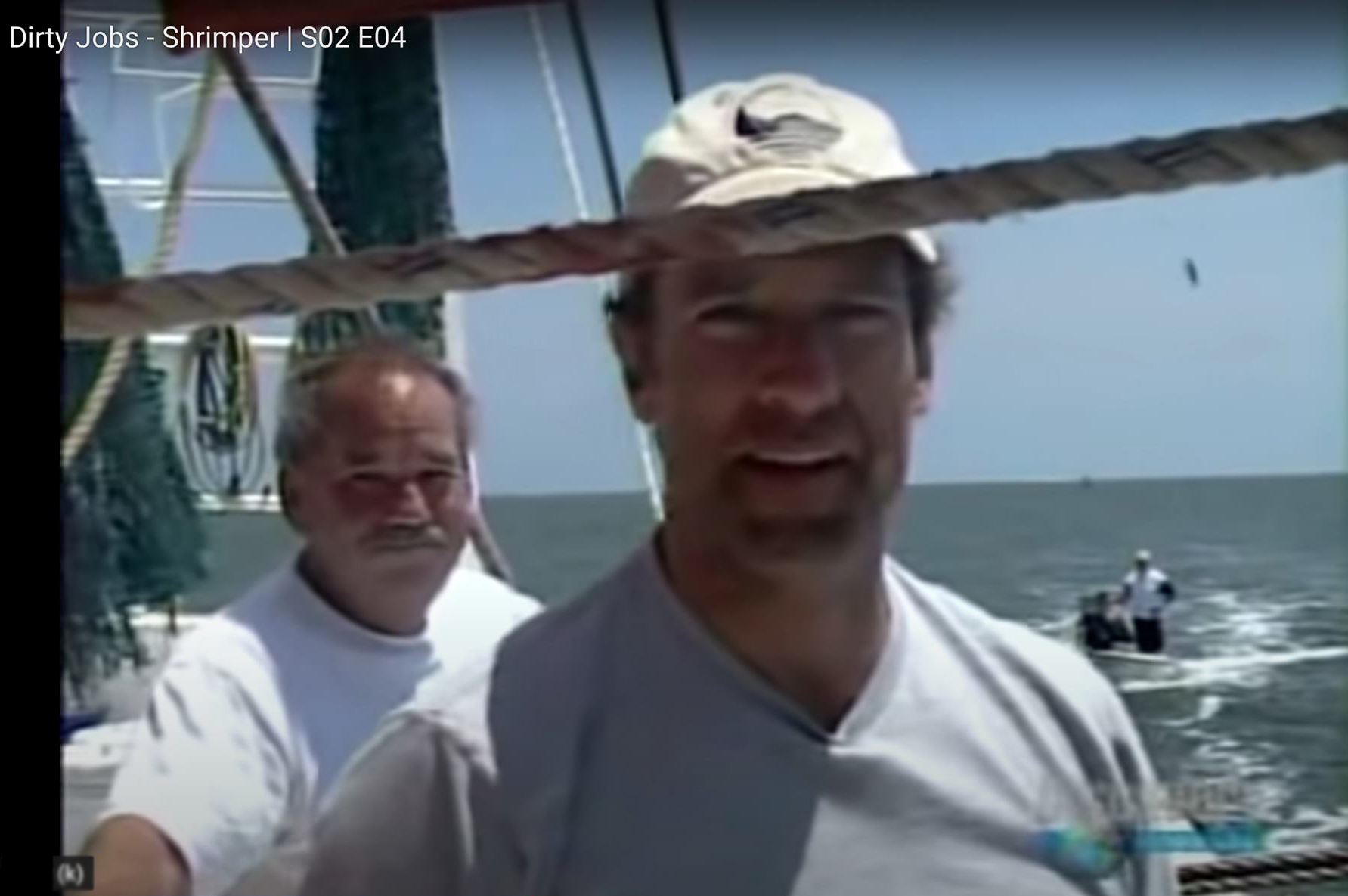 I met Captain Wayne Magwood in 2005, back when he welcomed me aboard The Winds of Fortune, a shrimp boat that plied the waters off Shem Creek in South Carolina. We were shooting the second season of Dirty Jobs, and I wanted to do a story on the shrimp industry. I had just wrapped the first season of Deadliest Catch, and had a feeling that crustaceans in general were about to become popular with cable networks looking for new content, so I asked Barsky to look around the low country, for a Captain with the right stuff. Barsky found a local shrimper with an attitude, and after a quick scout, assured me that Wayne and I would get along just fine. Barsky was right.

Wayne Magwood reminded me a lot of my uncle, Charles Williams, another fish boat Captain who worked the waters a bit further north. Both men looked like the crusty old salts they were, and both bossed me around with great delight as I tried to make myself useful on their respective decks. Uncle Charles fished for Menhaden, and if you don’t know much about that fishery, google it. It’s fascinating. Menhaden are an industrial fish. You can’t eat them, but you can squeeze the oil out of them and use it to make lubricants and mascara, which I did one summer when I was I kid. If I close my eyes and sniff my fingers, I can still smell them. Captain Magwood though, was all about the shrimp, and he pursued them with the same gusto as Forrest Gump, albeit, with a bit more finesse.

I knew right away Captain Magwood would be good on TV, because he wasn’t affected at all by the presence of my crew, or even remotely interested in following Barsky’s instructions. He was the Captain, period. On the other hand, Wayne understood what publicity could do not just for The Winds of Fortune, but for the industry he loved. So, the hospitality he extended us on that day was a terrific mix of impatience, tolerance and grace. In those days, Deadliest Catch was not yet a thing, and most Captains of any respectable fishing vessel would never allow a camera crew aboard. But Captain Magwood was game. He loved his boat, loved his home, and loved his job – all of which was made obvious to me on the day we spent together. 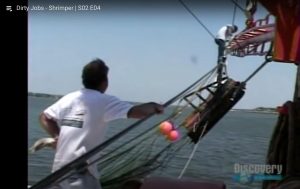 Funny, you never really know how way leads on to way, until you look back and try to connect the dots. There was a moment on that day, back in 2005, when I was out on the rigging, trying to free a tangled line that was causing problems with the net. Magwood was yelling instructions from the deck, in the way you might expect an exasperated Captain to address a greenhorn who didn’t know what the hell he was doing. But he was also aware that the conditions were calm, and he could see that Barsky was disappointed that giant swells weren’t complicating my task. So, as he yelled at me, Captain Magwood also began shaking the cable I was standing on, just to make things interesting, which pleased Barsky to no end.

At one point MAgwood shouted, “For God’s sakes boy, stand up like a man! I thought you were a tough guy!” To which I shouted back, “I don’t know about that, Captain, but if my mother sees this episode, she’s gonna track you down and kick your pirate ass!!!”

Shortly after that episode aired, someone started selling shirts online that read, “Mike Rowe’s mother is gonna track you down and kick your pirate ass.” I got one for my mother, but she refused to wear it, and now claims she can’t find it. I saw those shirts many times in the years that followed, oftentimes, on the most unlikely of people. Once, on an elderly woman sitting in the front row of a speech I was giving in California. Hard to see that shirt and not think of Wayne.

I also saw, after Dirty Jobs ended, a TV show called “Big Shrimpin,” produced by my old pal Barsky. It didn’t feature The Winds of Fortune, because Captain Magwood didn’t have time for a whole series, and didn’t much care about fame. But Big Shrimpin’ wouldn’t have happened without him, and that show, along with Rajun Cajuns, confirmed my suspicions that TV shows and crustaceans were not mutually exclusive. In fact, you can draw a pretty straight line today, to over 30 different TV shows that were inspired by segments that first aired on Dirty Jobs, many of which chronicled the business of catching crawfish, oysters, abalone, mollusks, mussels, lobsters, tuna, every imaginable type of crab, and just about everything else that makes it home in the water. Wayne Magwood was there at the beginning, and thanks in part to his willingness to welcome me aboard the Winds of Fortune, cable TV became a crustacean nation. In fact, there’s another Dirty Jobs marathon on today, thanks, to guys like Wayne Magwood. 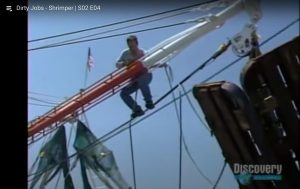 I mention all this, because the winds of fortune shifted yesterday, tragically. Wayne Magwood was hit by a truck and killed on 9/11, not far from his home in Mount Pleasant, giving me and countless others one more reason to grieve the date. It’s not the way a captain of a fish boat imagines his demise, but as Phil Harris said after his embolism, not even captains get to choose the manner of their passing.