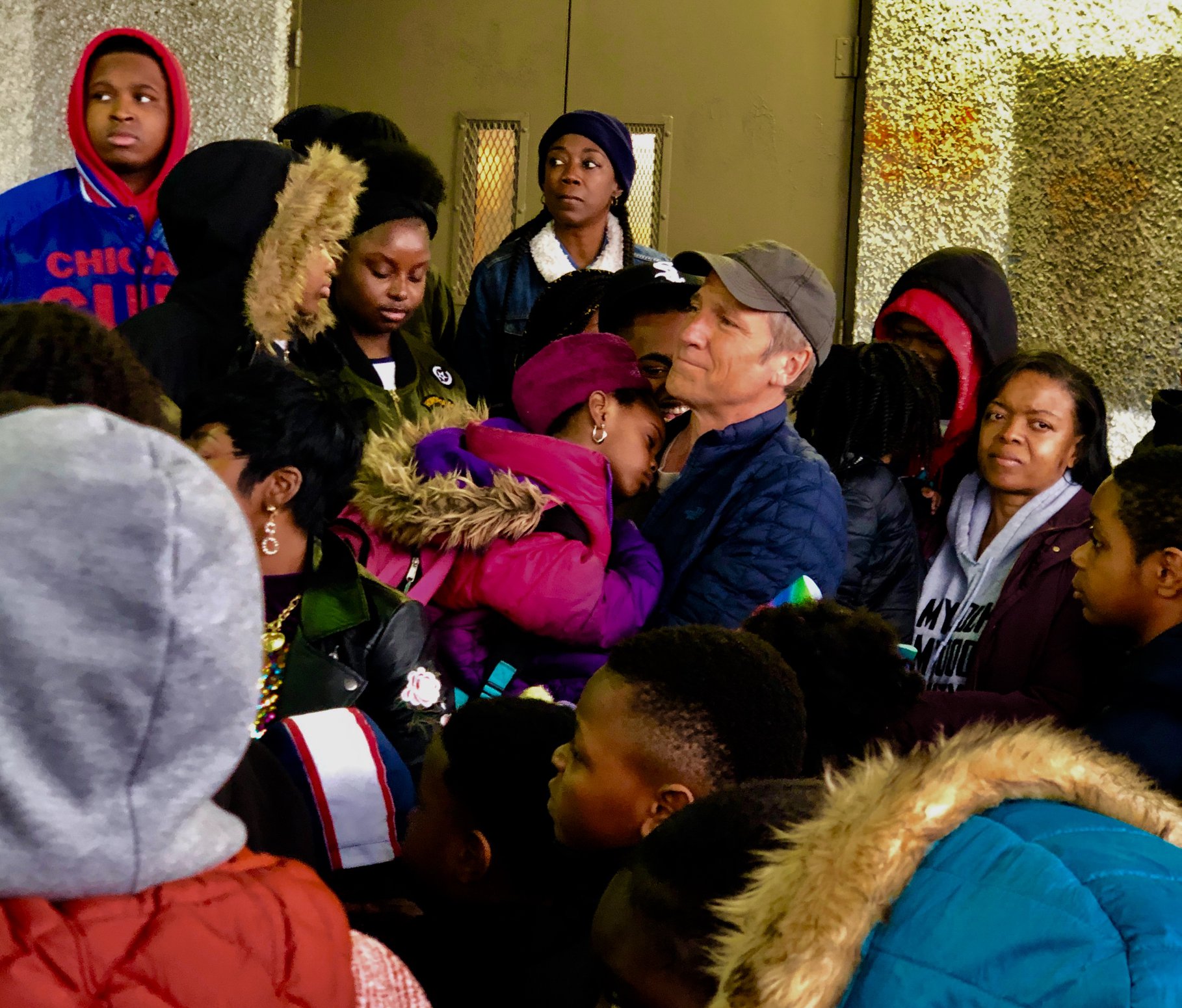 Several months ago, I was nominated for an Emmy Award.

The category was Outstanding Host, and the show was Returning the Favor.

According to the credits, I am in fact the Host of this program, but to be honest, I’ve always seen myself as more of a guest than a host. As with Dirty Jobs, and Somebody’s Gotta Do It, the real “hosts” on RTF are the people who welcome us into their homes and communities and allow us to tell their stories as best we can. My job, to the extent that I have one, is to show up, ask a few obvious questions, and then head off to the next one. Anyway, I was surprised and flattered to be nominated for Outstanding Host, and last night, I was surprised and flattered to learn that I actually won.

I wasn’t able to attend the virtual event, but I’d like to sincerely thank a few people for this honor, beginning with the Academy. I have no idea who nominated me, or how the process works, but I sure do appreciate it. Many thanks.

I want to thank Jacob Huddleston for accepting the award on my behalf, and for reading my acceptance speech like a seasoned professional from his tasteful home office in the great state of New Jersey. Excellent work, my friend, in these very strange times. If you ever grow weary of producing television, you’ll make a fine presenter.

Speaking of producers, I also want to thank Michael Rourke, along with his incredible team at Hudsun Media, who continue to make an excellent show under extraordinary circumstances.

Actually, I take that back.

Returning the Favor isn’t really a “show,” any more than I’m a “host.” It’s a 20-minute rumination on kindness, at a time when our country is desperately looking for proof that kindness still exists. Michael Rourke and his team understand that, and they have delivered on that mission from the first episode. Here’s to many more.

Likewise, I’m grateful to everyone at mikeroweWORKS, especially Mary Sullivan, who talked me into this gig over three years ago, when I was dubious about hosting a “feel-good” show.

“If you do it,” she said, “it won’t be a ‘feel-good show’, it’ll be the MAKING of a feel-good show. Just think of it like Dirty Jobs, with less poop.”

Mary was right, as usual.

Which brings me to Facebook. No television network would have ever greenlit “the making of a feel-good show with a host who thinks he’s a guest,” but Facebook did. I want to thank Ricky Van Veen and Mina Lefevre for not only supporting Returning the Favor, but for allowing us extraordinary latitude in delivering an honest look at real people doing decent things. For many reasons, this show simply couldn’t have happened any place else. We’re all much obliged.

Most importantly, I want to thank the real stars of Returning the Favor – the truly outstanding men and women we highlight every week. Years ago, President Bush, (the first one,) took a lot of crap for talking about “a thousand points of light,” when referring to the character that held our country together. Well, he was right. America’s future is not really in the hands of either party – it’s in the hands of her citizens. Specifically, those anonymous men and women who step up every day and make their communities a better place – one community at a time. Men and women who don’t wait to be told how to make things better, but simply do it. Every single one of you “bloody do-gooders” is a point of light, and I’ve been privileged to stand in your glow.

Finally, a heartfelt thanks to the people on this page. Make no mistake – this show happened because of your presence here. Not only have you kept RTF in production by watching in great numbers, you’ve programmed it from the start. With only a few exceptions, every person we’ve featured on this program has been nominated by one of you. That’s special, and I appreciate that, more than I can say. I only wish the Academy had an award for Best Audience.

You guys would win, running away.
(Cue the music.)