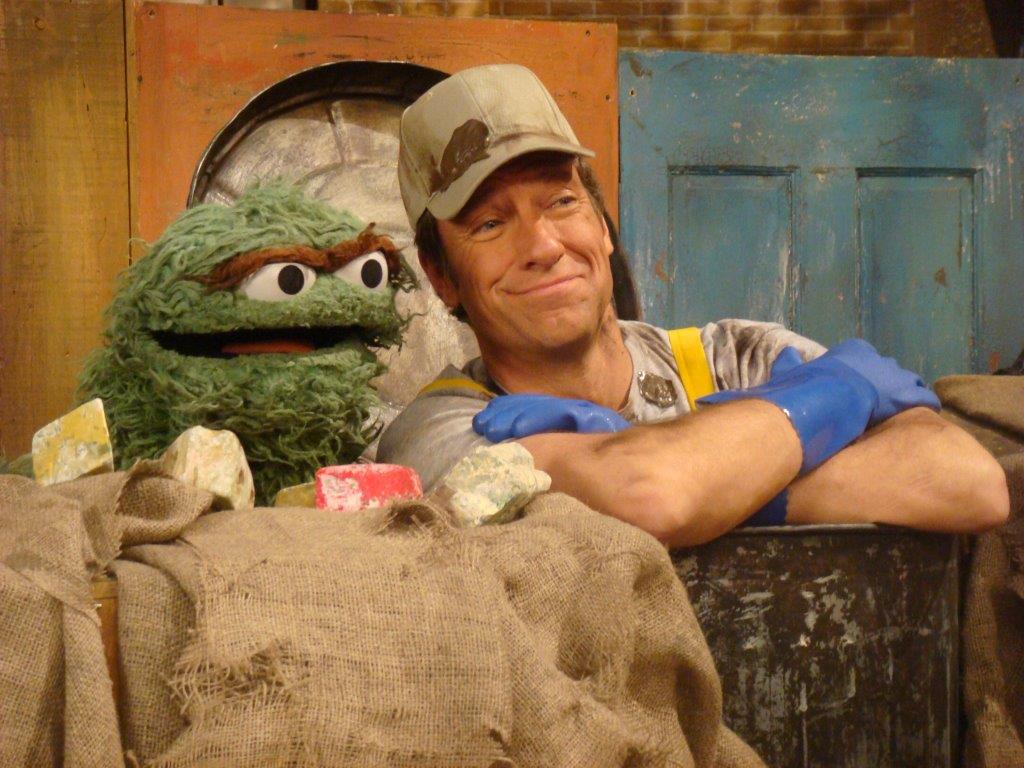 Big Bird will live on, as will Oscar the Grouch, but I’m sad to say that Caroll Spinney – the man who brought them both to life – has died. He was 85.

I met Caroll back in 2010, when the producers of Sesame Street invited me onto their show. I guess they figured the Dirty Jobs Guy would get along with a grouchy misanthrope who lived in a garbage can, and they were right. I’ll never forget the most inappropriate double entendre of all time, when Oscar invited me into his can by way of “the back door.” Forgetting my audience, I responded with, “I’ve always wanted to try the backdoor,” and Caroll snorted off camera so loudly they had to edit it out. You can hear it at 1:22, if you’re titillated by such silliness. (Why they didn’t my reply out, is a great mystery.)

What I remember most fondly though, was the way Caroll approached his work. The man was void of anything resembling an ego, and focused only on what he thought his audience would find fun or meaningful. That doesn’t make him unique – Mr. Rogers and Captain Kangaroo had similar commitments to their enormous audiences. What made Caroll unique, is the fact that he reached hundreds of millions of people, and still remained absolutely unrecognizable in real life. From what I could tell, that’s precisely the way he wanted it.

Rest in peace, Caroll. You will be missed by millions.
And thank you Oscar, for inviting me into your can…