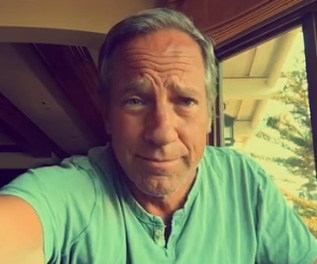 I read your post below to my 95-year-old WWII US Merchant Marine veteran Dad today. He’s in the hospital right now, and wanted to share some information that he thinks, “that young man needs to know.” Here’s goes…

1) He enlisted in the Merchant Marines in December, 1941 and served through 1945 in the North Atlantic, Mediterranean, and North African theaters.

2) In 1946, he got his first job out of the service working for the Veterans Administration. In 1947, the VA told him he had to leave his job with them because he “was NOT a veteran.” That’s right, Merchant Marines were not considered veterans until 1980, when Pres. Ronald Reagan signed this into law. There was no VA education or home loan benefits for him – and sadly, no job. At the same time, he had already enlisted in the US Navy Reserve for 4 more years of service to our country.

3) Dad was very disappointed, but that didn’t stop him. He went on to a job with the Federal Reserve of Philadelphia in 1947 and retired from there in 1987. The US Merchant Marine Academy was opened in September, 1943… while my Dad was a helmsman on USMM ship delivering high octane fuel and rations to the front lines.

To this day, at every veterans day event when the anthems of the service academy’s, we have never been to one where the anthem of the USMM was played. Dad does stand when ‘Anchors Away’ is played because of his Navy service. (And when Pres. Reagan made MM’s veterans, Dad received new discharge papers from the US Coast Guard, the US Navy, AND the US MM.) As an old Mariner, Dad also wanted to thank you for posting the shout-out from Admiral Schultz.

Dad would like the Admiral to see what he can do about getting the anthem recognized more often.
(Dad doesn’t have FB, but that’s what a daughter is for 🙂, and he gets a big kick out it.) Anyway that’s the message, and thanks, again, for bringing a smile to him. ~ Leeanne

Give your Dad my regards, and play this for him in the the hospital. But not too loud. I’d hate for him to leap out of bed and start marching around prematurely…