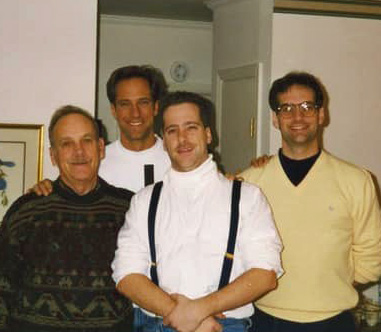 About My Mother
Published by Peggy Rowe · Yesterday at 2:22 PM ·
A Father’s Day Argument:

John: (at breakfast on day 5 of a difficult hernia surgery.) “I wasn’t a very good father.”

Adoring, Ever-Patient Wife, Peg: (leaning over and resting her cheek against his forehead to check for fever.) “What are you talking about? You were a great father! You still are! Now drink your juice! You need liquids. You don’t want to end up in the hospital again like last night.”

John: (later, pulling the yellow afghan over his legs.) “I didn’t enjoy playing catch with the kids or watching football on TV. I wasn’t much of a role model when it came to sports.”

Adoring, mostly-patient wife, Peg: “But you played! That’s the point! This is your incision and painful swelling, talking! You’re just feeling down.”

John: “And I never liked those PTA meetings—and those tedious school choral events, and those interminable barbershop performances—and changing diapers. I was a failure as a father.” 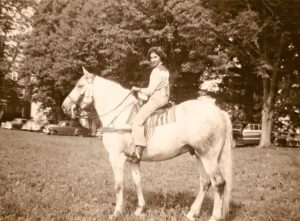 Adoring, somewhat-patient wife, Peg: “John Rowe! I wonder how many of those ball-playing fathers would stay up until 2:30 am typing a term paper for a kid who put it off ‘til the last minute—or read to their kids by the hour—or share their life-long love of books and theater with their kids. I don’t want to hear it!!!”

Adoring, reasoning wife, Peg: (bringing Tylenol and a glass of water) Remember potty-training when the boys were little and how you ran in and joined me in the bathroom for a standing-ovation whenever they were successful? Now that’s love. I’ll bet you not all dads would do that!”

John: (fifteen minutes later, calling from the bathroom after yet another attempt) “PEGGY! COME IN HERE, HON! YOU WILL NOT BELIEVE THIS! FINALLY!” 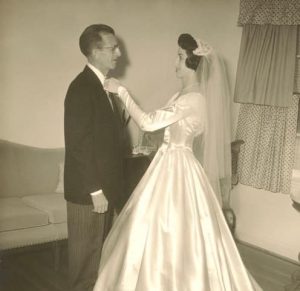 This story is running in the Baltimore Sun today. It’s about another good father—long, long ago.