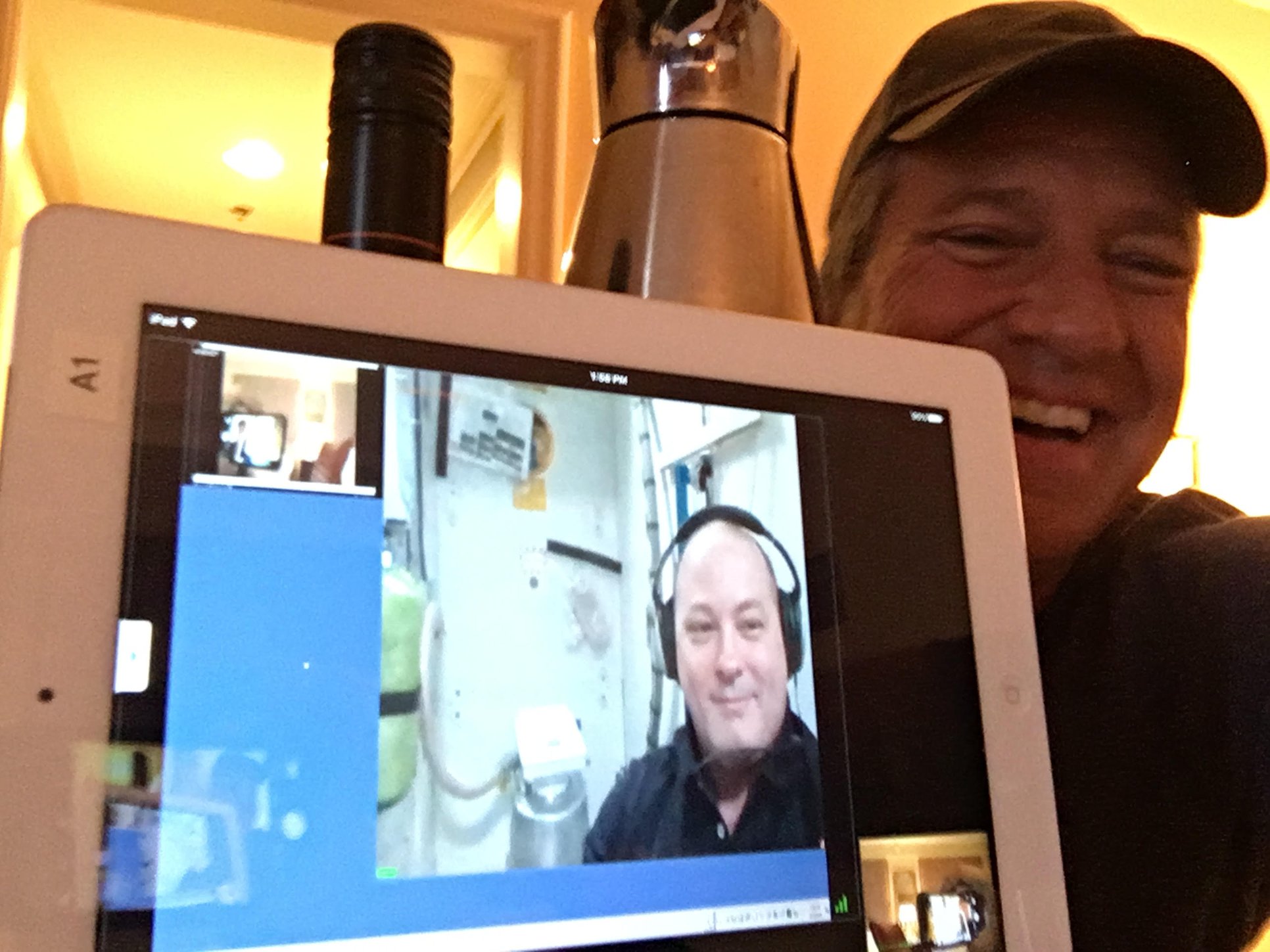 Last week, some nice people at NASA sent me an iPad in the mail. The iPad had a special ap on it that allows people on Earth to skype with people in space. A few days ago, from a hotel room in New Orleans, I followed the instructions that came with the package, and secured a connection with the International Space Station. At which point I began to converse with an astronaut named Scott Tingle. It was, without a doubt, the most expensive phone call I’ve ever participated in. It was also the most interesting.

Here for instance, is the toilet Scott and his fellow astronauts use in space. As you might imagine, pooping in zero gravity is fraught with peril, and peeing isn’t any easier. Scott walked me through the details of completing a successful bowel movement, and greatly enhanced my appreciation for gravity and indoor plumbing. He also gave me a tour of the space station, along an explanation as to why he was in the process of dissecting half-a-dozen mice. Then he floated over to the cupola and showed me a stunning view of New Zealand, which he was flying over at the time.

Scott Tingle is an extraordinary human being. He graduated from Blue Hills Vocational Technical School. Then he went to Purdue. Then he joined the Navy and learned to fly F-18’s. He became a test pilot, a Commander, and finally, an astronaut. Two weeks ago, he performed his first EVA, floating around the heavens for the express purpose of replacing one of two redundant latching end effectors on the station’s robotic arm. How cool is that? 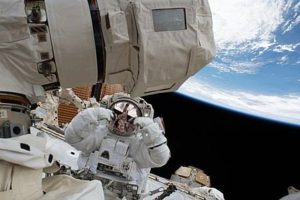 Scott’s been in space for a long time, out of sight, and to most Americans, out of mind. He’s not scheduled to come back until June. To help combat the isolation, NASA facilitates occasional Skype-type calls with family members and various other earthlings the astronauts might wish to chat with. Sometimes it’s with the president, sometimes it’s with professional athletes, sometimes it’s with movie stars. Scott Tingle wanted to talk with me. He wanted to thank me for making Dirty Jobs and supporting the skilled trades. He complimented me for writing The Way I Heard It, which he listens to every week. I was flattered beyond words.

Most of what we discussed will remain private, but I did however – aside from the potty talk – ask him what he thought the best movie about space was. He didn’t hesitate. 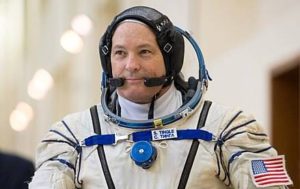 , I don’t know. Even if I were qualified, I’m not sure I’ve got the right stuff to take a trip like that.”

Scott laughed. “If you were qualified Mike, it would be because you have the right stuff.”

I could have talked to him all day, but I had a speech to give, and Scott had mice to dissect in zero gravity. So we said goodbye, and threatened to get in touch when he comes home. I hope we do. When he gets back, he wants to build and drive race cars. Figures.