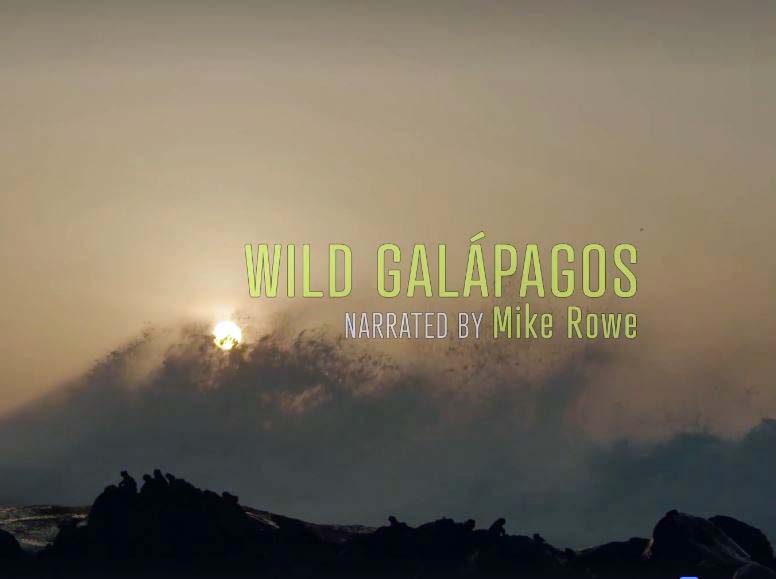 I always know a documentary is going be great when it’s too distracting to narrate. Such was the case last month, when I attempted to record the script for a new film called “Wild Galapagos.” Every time I glanced up at the monitor, I found myself utterly gob-smacked by the images before me. I eventually got through it, but it took twice as long as it should have, and made me want to watch Planet Earth again. (Although, bias aside, this is better.)

Check out the trailer below, and see for yourself. Better yet, watch the whole movie with your family for free, at curiositystream.com/mike It’s not the same as flying to Ecuador and chartering a boat to the Islands, but it’s a heck of a lot easier. And a whole lot cheaper…

PS I’m very excited to be working again with my old friend John Hendricks. John founded The Discovery Channel back in the eighties. He not only changed the face television, he provided me with a place to work for the last 25 years. Today John, John has grown impatient with the way “reality TV” has replaced so many of the genuine non-fiction programs that used to dominate broadcast television. So John assembled 1,500 of the finest documentaries ever produced, and put them all in one place. That’s what Curiosity Stream is all about. I’ll be narrating a few of my favorites, and encouraging everyone in my little slice of cyberspace to sign up for a 30-day free trial. There’s absolutely no obligation enroll, but if you like the service, membership is literally pennies a day. If you’re serious about your non-fiction, there’s no better resource available. Check it out at curiositystream.com/mike

Either way, enjoy Wild Galapagos for free, and this year, consider giving The Gift of Curiosity.
It’s better than a fruitcake, and it lasts just as long.