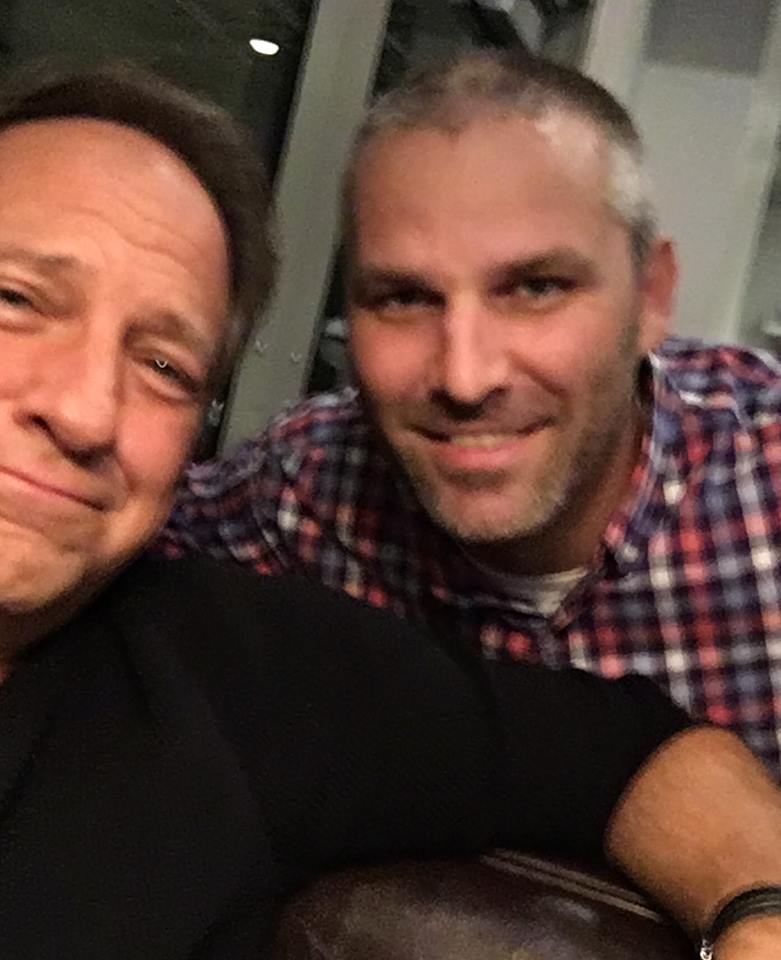 Last Wednesday, while enjoying a local blend of barley and hops in the lounge of the Lowes Hotel in Chicago, I was approached by a good-natured mob of construction workers, determined to shake my hand till it fell off my arm. I didn’t mind. The atmosphere was festive, and these gentlemen were full of good will and funny stories they thought I’d enjoy hearing. They were correct. My favorite came from this guy – Kyle Weatherly.

Kyle works in the concrete business, and he wanted me to know how much he appreciated Dirty Jobs. I thanked him, and said how much I appreciated sturdy foundations. He asked if was referring to buildings exclusively, and I said not necessarily. We laughed, and then I asked Kyle why closing the skills gap was such a challenge in his industry. His reply did not surprise me, but his visual aids did.

Kyle blamed a general level of ignorance for the overall lack of interest in the trades. I asked him to elaborate, and Kyle told me about a children’s book called “Goodnight, Goodnight Construction Site.” Kyle was home a few night earlier, listening from the other room as his wife read the book to his young son, Beckett.

“I wasn’t exactly eavesdropping,” he said, “but something jumped out at me I couldn’t ignore. “My wife read a line that said, “Spinning a churning all day long, Cement Mixer sings his whirly song.”

Kyle shook his head in disbelief, recalling the sacrilege, and I smiled, knowing what was coming next.

“A Cement Mixer!” said Kyle. “Can you believe that sh*t! What the hell is a “cement mixer?”

I learned a long time ago the many differences between concrete and cement are significant, and confusing the two is a source of great consternation for men like Kyle.

“I mean seriously, Mike. This is what we’re fighting against! Cement doesn’t need to be mixed in a truck!! It shows up in bags!!! It’s already mixed!!! It’s a powder made of limestone, calcium, silicon, iron, and aluminum…I mean come on! This is basic stuff, right?!

Kyle took a drink and shook his head ruefully. “I did the only thing I could. I corrected the situation.”

What do you mean, corrected the situation?” 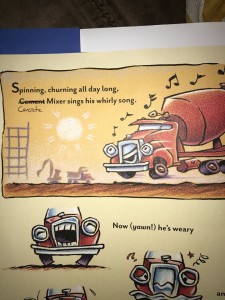 “I see. So you corrected the offending sentence?”

“Sentence?” he said. “Hell, no! I went through the whole damn book! Corrected every mistake I could find. And believe me, there were more than a few!”

I said nothing to indicate I doubted his story, but there must have been a hint of skepticism on my face, because I received these photos this morning.

As you can see, young Beckett will grow up…informed.

Good job, Kyle. If the concrete thing doesn’t work out, I know some publishers who could use an editor like you.

Thanks for the drink,
Mike